Arguing for a Secular State

To many Muslims and especially the Islamists, the term secular is a very repugnant term and this abhorrence to anything secular stems mainly from the previously bitter experience of secularism in Turkey that had led to the dissolution of the Ottoman Caliphate; the last Caliphate in the Muslim world. 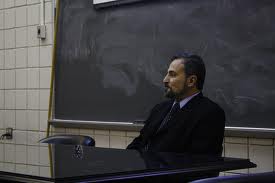 History has shown that while secularism was born in the West, its values spread across the world in many different continents and societies. According to Louay Safi, a scholar at the International Institute of Islamic Thought, secularism denotes a set of notions and values whose aim is to ensure that the state is neither engaged in promoting specific religious beliefs and values, nor uses its powers and offices to persecute religion.

To prevent state officials from using their political authority to impose a narrow set of religious attitudes and values on the larger society, and to foreclose the possibility of using religious symbols to agitate one religious community against another; a separation must be made between political authorities from religious affiliation.

It is an unshakeable belief among many Islamists that the establishment of an Islamic State must be the first and foremost agenda in any political struggle. It is only when an Islamic State is established that Hudud Penal Code could be implemented.

Since the issue of Islamic State and Hudud is intertwined and will become more prominent every time the General Election is around the corner, it would be pertinent for us to revisit this issue. To many proponents of Islamic State, in particular those in the Islamic Party PAS, the concept of Islamic State is basically a replica of the medieval ideas promoted byal-Mawardi in al-Ahkam as-Sultaniyyah (The Ordinances of Government).

Barring the Erdoganists in PAS, the Ulama wing has been preaching this medieval concept that has been ingrained even in the younger generations especially among the religious educated. It basically fails to tackle some fundamental issues in the twenty first century. It fails to discuss the concept of constitutionalism, human rights and citizenship as an integrated framework that is very fundamental in modern states. It is of note that it is constitutionalism that provides a legal and political framework for the preservation of human rights, freedom and equality among its citizens.

However in an Islamic State as envisioned by many Islamists — the religious educated especially — citizenship is classified between Muslim and dhimmis, namely non-Muslims who pledged submission to Muslim authority and therefore granted protection in exchange for a payment of a special tax known as jizyah. Dhimmis are basically the opposite of harbisthat generally mean non-Muslims who are hostile to Islam.

In classical texts of Islamic State like Mawardi’s al-Ahkam as-Sultaniyyah, the dhimmis are prevented from riding horses or donkeys within the city limits. In modern days, this may be equivalent to driving cars in the city. And that they wear distinctive clothing in public and bells around their necks when visiting pubic bathing facilities. The question is would such discriminatory policies be acceptable in the modern era.

It must also be acknowledged that an Islamic State will surely be based on Islamic values. This would entail to banning all forbidden things in the Quran. Many Muslim ideologues like Mawdudi for example believe that it is impossible for such a state to limit its framework because it is a totalitarian state encompassing the whole human life and moral theory. So nobody has the right to stand up against the state and thwart any encroachment of the state in personal matters. Obviously this is very similar to a fascist state.

Going by the current discourse in Malaysia, one gets the impression that the priority of an Islamic State is then to impose a set of rules known as hudud. This obsession with hudud stems from the understanding that hudud is divine law in the Quran that is imposed upon believers. Many people believe that hudud is a set of codified law that can be imposed without resorting to human agency at all. This is an obvious fallacy since the Quran only lays down some basic texts that require human agency to interpret them.

The formulation, adoption and implementation of legislation are always matters of human judgment and reasoning. Therefore their intended implementation is subject to human error and fallibility and can always be challenged and questioned. The problem will arise when such laws are deemed sacred and of God’s divine will and any sort of criticism will be deemed as heresy.

On this matter, Prof Hashim Kamali has argued that hudud Allah in the Quran is a broad concept that is neither confined to punishments nor to a legal framework. It provides a comprehensive set of guidelines on moral, legal and religious themes. Whenever the Quran specified punishments for the offences, it also made provisions for repentance and reformation. Whereas juristic doctrine has either left this totally out or reduced it to a mechanical formality that can hardly be said to be reflective of the original teachings of the Quran.

On another note, not only is hudud in direct conflict with the Federal Constitution but in the context of a multiracial and multi-religious society, such a proposition also raises the issue of whether the nation should be governed by two sets of laws: one for Muslims and the other for non-Muslims.

The real problem of having laws such as hudud is that it is presented as mandated by the divine will of God. This make such laws immune to any criticisms whereas in actual fact they was merely the product of some literal interpretations of a certain group of scholars that failed to see the maqasid or higher intentions of such laws in attaining the ideals of justice. Criticisms against such laws have been made by many Muslim intellectuals such as Prof Hashim Kamali and until today, have not received any rebuttals from the proponents of hudud. 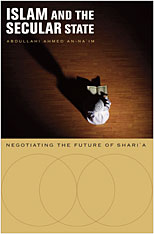 Islam and the Secular State by abdullah ahmed an-Na’im

Sharia must neither be privileged nor enforced as a source of state law and policy simply because they are believed to be the will of God. Prof Abdullahi Ahmed An-Naim argued in “Islam and the Secular State” that the belief of even the vast majority of citizens that these principles are binding as a matter of Islamic religious obligation should remain the basis of individual and collective observance among believers. But that cannot be accepted as sufficient reason for the enforcement by the state because they would then apply to citizens who may not share that belief.

Why a Secular State

Secularism does not mean the exclusion of religion from the public life of a society. The misconception that it does, is one of the reasons many Muslims tend to be hostile towards the concept.

Calling for a state to be secular is not similar in any ways to the call for secularising the society. A state should be secular in the sense that it is neutral to all the differing religious doctrines. As Abdullahi An-Naim argued that the state neutrality is necessary for true conviction to be the driving force of religious and social practice, without fear of those who control the state.

Mustafa Akyol in his book “Islam Without Extremes: A Muslim Case for Liberty” wrote a chapter on Freedom to Sin. In it he argued that Muslims should rethink the meaning of the phrase “amar ma’ruf nahi munkar” or simply “commanding the good, forbidding the wrong”. They need to make a clear distinction between “crime” and “sin”.  While combating crime can be made via legal means, sins should only be through civil means like preaching.

The argument does not arise from an antagonistic attitude against piety but from a true appreciation of what piety is all about: a sincere belief free from coercion. Any regime that imposes piety because of the belief that it is part of the doctrine “commanding the good and preventing the wrong” like Saudi Arabia for instance, is basically creating a community of hypocrites than genuine piety.

Genuine piety only arises through personal choice. And that choice only becomes possible when there is freedom. In other words freedom to sin is a necessary medium to be sincerely pious. The erudite Muhammad Asad made it very clear when making his commentary in his magnum opus “The Message of the Quran” regarding verse 25 of al-A’raf or Faculty of Discernment where he commented on the story about Adam and Eve temptation when he said:

“The growth of his consciousness — symbolised by the wilful act of disobedience to God’s command — changed all this. It transformed him from a purely instinctive being into a full-fledged human entity as we know it — a human being capable of discerning between right and wrong and thus of choosing his way of life. In this deeper sense, the allegory of the Falldoes not describe a retrogressive happening but rather, a new stage of human development: an opening of doors to moral consideration. By forbidding him to “approach the tree”, God made it possible for man to act wrongly, and therefore, to act rightly as well. And so man became endowed with that moral free will which will distinguish him from all other sentinel beings.” 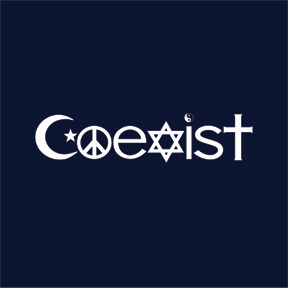 The arguments regarding this topic could go ad infinitum. However the main intention is just to stir a debate among the protagonists of Islamic State to that of a Secular State. One thing which is very clear and succinct, there is no mention about an Islamic State in the Quran. With that in mind, we have to work on the best form of government that will be tenable to all the different races and religions in our country.

If we still want to continue fighting for an Islamic State, we have to agree on one basic fact. Not a single particular Muslim whether the Grand Syeikh of al-Azhar or Saudi Mufti could claim to have a theocratic authority. Considering that Muslims have been divided into different sects, ideas and views, the only system that would be fair for all would be the one that would include all of them in the political process. Taking also into consideration the significant non-Muslim community in our country who should never be considered as second-class citizens, then a secular state that embraces democracy is the most logical option.

We have to agree that secularism, as the separation of state from religion is probably the minimum requirement for participation in the sphere of civic reason. Secularism needs religion to provide a moral guidance for the community and in turn, religion needs secularism to mediate the relations between the different communities that share the same political space and space of civic reason.

Secularism is able to unite diverse communities of belief and practice into one political community simply because the moral claims it makes are minimal. And secularism is able to tolerate differing view in a religiously diverse community while maintaining its political stability. Whereas such a situation is probably just a dream in an autocratic Islamic state envisioned by many Islamists.

This article was also published in the Star, the Malaysian Insider, Malaysia Kini and Free Malaysia Today.