A Review On Nader Hashemi’s “Muslim Experience of Secularism: A Need for New Understanding” Following on from the release of his book: Islam, Secularism and Liberal Democracy: Toward a Democratic Theory for Muslim Societies (2009)’, which was then translated into Malay by the Islamic Renaissance Front in 2016; Canadian political analyst, Nader Hashemi delivered a talk entitled ‘Muslim Experience of Secularism: A Need for New Understanding’ in Singapore. This talk was part of the larger dialogue held by The Reading Group called ‘Contemporary Islam in Critical Dialogue Series (CICD)’.

‘Secularism’ is a hotly contested term in many Muslim circles. It is a term often rejected due to supposed anti-religious, or pro-colonial sentiments, or both. Hashemi enlightens us with the historical reasons for this attitude and attempts rediscover an age-old, controversial concept in a Muslim context.

His talk can be understood from three aspects: first, the history of secularism and its various interpretations; second, the reasons for its rejection in the Muslim world; and third, the way forward.

Re-Tracing the History of Secularism

Hashemi began his talk by revisiting his own past as a young Muslim raised in a Canadian society. He notes how secularism was heralded as a successful concept of history in Canada, yet, amongst his Muslim community, it was a disconcerting term.

According to Hashemi, secularism seemingly started through the English philosopher, John Locke. In 1689, Locke propounded the idea that the State and religion should be kept apart in his ‘A Letter Concerning Toleration’. He then takes us through the roads of history in highlighting the models of England, France and the United States; in that order.

Hashemi notes how in England, Anglicanism is the official religion of the State, yet, the attention paid to religion by the English populace is negligible. He then briefly concludes with the model of the United States noting with interest that while the United States practices secularism, religion still plays a large role (citing Donald Trump’s sudden return to his Christian roots in the rise of the US presidential elections as an example).

The point of interest, however, is his observations on the French model. He points out that the French model is particularly hostile to religion. He then relates this to the Turkish and Tunisian models and how the leaders there too followed this hostile attitude toward religion. This model presupposes animosity towards religion, and aims to actively remove it from society. This is much unlike its English and US counterparts where the State may or may not proclaim to profess a specific religion but, puts little to no consideration to it in deciding public policy.

According to Hashemi, the main reasons for Muslim rejection of secularism is twofold. First, secularism appears to be related to oppression. Second, it appears that secularism carries with it connotations of colonialism. Both concerns do necessarily overlap.

Regarding oppression, Hashemi finds secularism to be connected to several oppressive Muslim regimes. Or, that certain Muslim leaders oppressed their people while claiming themselves to be openly secular. Hashemi cites several examples such as Kamal Ataturk of Turkey, Ben Ali of Tunisia, Hosni Mubarak of Egypt, and Saddam Hussein of Iraq. 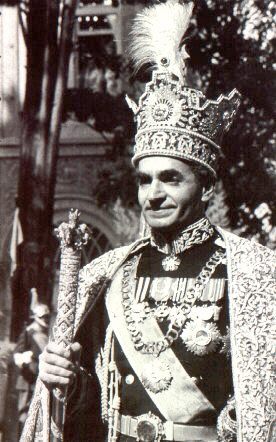 These examples are apt and make sense. The Shah of Iran, Reza Pahlavi too for example, portrayed secularity. But, his people were disillusioned with the worsening economic and social conditions of Iran. This prompted them, and many of the people of the above-named countries to turn to religious-based parties as the seemingly better alternative.

This sudden turn to religiosity was compounded by the actions of the West. Many Muslim leaders such as Saddam and Pahlavi were also supporters of the West, or at least, were their allies once upon a time. These Western societies, and Hashemi again references France, US and England as examples, declared themselves to be secular. When the leaders of the Arab-Muslim towed the line of the colonialists, and declared themselves to be secular as well, it naturally bred more anger amongst their Muslim populace. The detest for secularism cemented.

Hashemi’s propositions are not without historical support. We see this happening, for example, in Malaysia as well. Upon independence, political and legal developments indicated that Malaysia would be a secular State but, much like the case of England, Malaysia eventually declared its own official religion i.e. Islam. Of late, much of the Malaysian populace has begun to reject secular ideas evidenced by both stronger grass-roots support for the Islamic Party, and greater deference to religion-based politics by the supposed secularist dominant ruling party, UMNO – something the founding fathers of the same party sought to actively avoid. The primary basis for this attitude by the electorate also carries similar themes to those in other Muslim-majority nations: the rejection of Western ideas and the aim to realise an Islamic State.

As always, finding the root cause of the problem is a big challenge, but, fixing that problem is the tougher still. And finding a solution is what Hashemi attempted to do.

Interestingly, Hashemi looks to India as a peculiar illustration of secularism. Of course, India’s Constitution expressly declares India to be a secular nation. However, according to Hashemi, India maintains secularism by allowing State-backed support and funding of religious groups. The catch, however, is that the Indian government must play fair, and treat all such groups equally. As pointed out earlier, the main idea behind secularism is that the State plays no part in the religious activities of its netizens.  That is what makes India a peculiar but to an extent, a workable model.

Such an approach is by no means problem free. For one, India is a multi-religious society. Hence, the model may fit India in its attempt to balance the interest of its various religious groups rather than simply shunning all of them outright. Second, considering India’s history in bloodshed caused by inter-religious conflict, one can understand the need for the government to play peacemaker; though precarious no less. This model might not fit certain Muslim-majority nations that are purely or mostly Muslim. With respect, the United States, or English models in that context, are therefore still analogously apposite.

That being said, Hashemi does identify the larger underlying themes behind the Indian model i.e. the concepts of equality, liberty and fraternity as the separate bases for democracy. What is of greater importance, beyond religion, is the State’s promotion of these values.  But, simply identifying these values is not enough. The real debate stems from the question: can religion and religious-based politics plays a role in achieving those values? Or, should religion at all be at the forefront of politics? 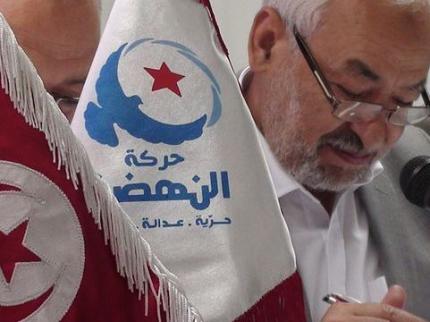 Hashemi cites Rachid Ghannouchi, the leader of Ennahda (the mainstream Islamist party of Tunisia) who advocates a more nuanced and cautious way of understanding secularism, one that ought not to re-open old wounds brought about by past oppressive regimes. Hashemi also brings to the forefront the ideas of Alfred Stepan, discussed in a chapter of his book referenced above.

Stepan posits the notion of ‘the twin tolerations’ or a form of ‘soft secularism’. In other words, in a democracy where religious groups exist, democratically elected legislatures must have complete autonomy to make public policy. The religious groups should have no power to veto those policies as doing so would directly compromise the sovereignty of the people. However, this very idea requires that a fair balance be drawn, and that religious group ought to still have a say in politics and be active in civil society to pursue their own affairs.

Above all else, Hashemi opines that it is high time the Muslim community does away with labels. Rather than decide what is and is not secular, a better approach would be to work in a society where basic laws are applied equally; where every citizen is treated with the respect they deserve. Religious groups ought to be integrated into society with the equal rights to pursue agendas subject to the fair administration of law.

In sum, Hashemi takes us through many models and understandings of secularism. He then briefly explains the different models and the history behind Muslim rejection of secularism. He thereafter advocates for a society where, labels are cast aside (meaning it does not matter whether we are secular or not) so long as democracy is upheld. The State must treat its citizens justly.

This sudden shift to Islamisation, to use the word in its loosest terms, is worrying in the sense that the form of the law is valued over its substance without much regard to justice. While Hashemi is right in noting that it is the time we do away with labels, we cannot outright ignore the fundamental tenets of secularism. It is undeniable that religious groups must be given their freedom to pursue their goals. But, the extent of this freedom remains unexplained. Religious bodies and parties can be powerful lobbies, more so when they become integrated with a government. Malaysia, Indonesia, and Pakistan are but a few relevant examples to illustrate how religious bodies can greatly but adversely influence policymaking. Nonetheless, the idea posited by Hashemi is, with respect, a big step in the right direction and a breath of fresh air in this staling debate.

Saifullah Bhatti read Law at the University of Malaya and is currently a Pupil-in-Chambers at Messrs. Y. C. Wong. He is a Fellow at the Islamic Renaissance Front.