An Interview with The Diplomat

On 8th August 2019, a British journalist Preeti Jha (PJ) who writes for The Diplomat interviewed Dr Ahmad Farouk Musa (AFM), Director at the Islamic Renaissance Front, on issues regarding reform to Malaysia’s NEP in the context of Malaysia’s politics. 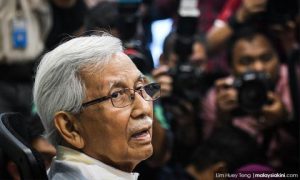 PJ: What did you make of Mr Daim’s calls for making the NEP needs-based rather than race-based?

AFM: Daim’s call to me is probably at the right time when we should be moving forward with this needs-based agenda of the NEP rather than race-based. Yes, we should not neglect other minorities who are poor as well especially the urban-poor among the minorities. But having said that we have to understand that the majority of those under the B40 group is still the Malay with 71% of them earning an average income of just MYR2500, which is MYR900 less than the non-Malays in the same group. So theoretically, a policy which is needs-based would be helping the Malays since they formed the majority among the B40. But the question we should ask is why a policy which has been in existent for almost 50 years – albeit being changed to NDP – National Development Policy in 1990 – failed to address this issue of economic inequality in this country? What has gone wrong all these years?

PJ: Is that something the ruling coalition would ever consider in the current political climate? And if not, why not?

AFM: In my opinion, the new Pakatan Harapan government should consider this new paradigm in maneuvering the economic policy. But of course, this is going to be politicized by the opposition party mainly UMNO and PAS. It would give them a new arsenal in attacking the new government as being a tool of the Chinese DAP party in neglecting the plight of the Malays. But I guess, we have to discuss and debate this matter openly and look at the reason for the failure of the NEP before in bringing out the Malays from their economic predicaments. I personally feel that the reason was the wrong philosophy in approaching this issue. And that the previous government would prefer to leave the Malays poor so that they would always be hoping for the government’s handouts and always be grateful to the government and to keep them in power.

PJ: How much of a threat is the PAS-UMNO alliance in the next election? Did you expect them to become so relevant so quickly? How do you explain their success?

AFM: PAS-UMNO coalition is, without doubt, a threat to the government in the next election. Statistics have shown that the reason why Pakatan Harapan won the last GE was due to our electoral system which we inherited from the British: first-past-the-post (FPTP). Actually, 77 parliamentary seats in the Peninsular and 13 parliamentary seats in Sabah and Sarawak did not return a majority winner. In these 90 seats, they did not win a majority since they have more opponents than supporters. To avoid confusion, just look at one seat under Mukhriz Mahathir, the current Menteri Besar of Kedah. In the last election, he got 18,695 votes, PAS 12,829 votes, and UMNO 12,413 votes. He won because of the system FPTP. But if we combine both PAS and UMNO, he would lose by 6,549 votes. So PAS-UMNO coalition is a threat in the next election if we still maintain the FPTP electoral system. And of course, in the next GE, PAS and UMNO would be using anti-Malay rhetoric to woo the Malay support. So perhaps we should think of a system that would be more representative like New Zealand’s system of MMP – mixed-member proportional. New Zealand has moved away from the FPTP system and under this MMP, the member of parliaments are elected from around the country (electorates), and also from a political party list; meaning each voter gets two votes. It is a proportional system where the proportion of the votes a political party gets will be reflected in the number of seats it has in the Parliament. So there is no issue of “winner takes all”. To me this is the way forward to avoid polarisation by the PAS-UMNO coalition. Of course their meteoric rise was due to their appealing call to the Malay-Muslims insecurities. They have somehow managed to cultivate the sieged-mentality among the Malays that the Malays have not only lost in their economic battle but also losing in the political field to the DAP Chinese.

PJ: Will Malaysia ever be ready to do away with the NEP on the grounds of race/race-based politics, especially at a time of rising ethnic and religious nationalism world over? 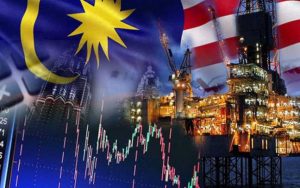 AFM: This question is very tricky. I think the government has to weigh between two things. One is its political survival and the other one is about doing the right thing but somewhat unpopular. We have witnessed how the government backtracked on two major issues recently. The ratification of ICERD and the Rome Statute because of the wave of protest by the Malay conservatives. So whether they should push forward with this agenda and risk losing the next election, it is a decision they have to make. But to me is that, if they could alleviate the anxiety of the Malays, address the economic burden that is faced by the Malays, provide good education and job opportunities, they would be able to push forward with this reform agenda and the need-based economic policy.

PJ: Are Malays willing to debate the NEP as it stands? Aren’t some fed up with the way the system currently works?

AFM: As I said, any economic policies should be debated, NEP not excluded. Of course, this issue will be politicized but if we want to move forward and create a Bangsa Malaysia, where everyone would consider himself or herself to be a Malaysian; rather than a Malay, a Chinese, or an Indian, then we should debate as mature adults for own future. Mahatma Gandhi used to say: You must be the change you want to see in the world. So we have to change the way we think, the way we act, the way we do things; in order for us to change for a better future, and for a better Malaysia.