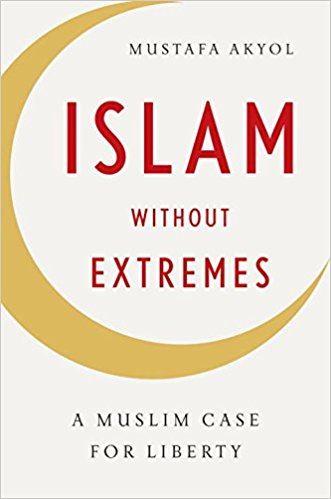 I have written this book for several reasons: To counter the Islamophobic trends in the West, to give a concise story of the Muslim civilization, or to criticize the authoritarian regimes in the Middle East. But most importantly, I wrote it for a self-assigned mission: To revitalize the value of freedom in the minds of my fellow Muslims.

But why is freedom important? Why do we need it? Is it an Islamic value in the first place?

You will find the answers in the book. But here is an answer in a nutshell: Yes, we desperately need more freedom in our societies, and the best way to see why is to realize the disastrous effects of the lack of freedom.

Take the freedom we sacrifice by imposing Islam on each other, for example. Some states in the Muslim world proudly do this imposition, by employing “religion police” that enforces the practices of Islam, such as wearing a headscarf (hijab) or refraining from alcohol. As a result, are their societies becoming more religious? No, by the testimony of countless observations. Because imposition of religion does not make societies sincerely religious. It rather makes them hypocritical. People observe Islam not because they fear Allah; but because they fear the state. Some people even begin to detest Islam, while conforming to it in appearance.

So we need freedom – the right to choose our way of life – not because we need to move away from religion. We rather need it to be sincerely religious, in the way we understand it, in the way we genuinely feel about it.

The lack of freedom not only breeds hypocrisy. It also deprives us from intellectual development. Many Muslim states have a tendency to ban publications, books or simply ideas that are “against” Islam. They do this with the intention of protecting Muslim minds from “going astray.” What they rather do, however, is to keep Muslim minds isolated, incapable of articulating Islamic faith and values in an open, pluralistic world. Banning free speech seems to save us from the challenge of “harmful ideas,” but it actually deprives us from the intellectual of maturity that will come by facing them.

It is no accident that the most successful era of the Muslim civilization, from the 7th to the 13th centuries,  was also the time Muslims were open to different ideas from different civilizations, such as Ancient Greece. Great Muslim thinkers and scientists emerged not by condemning Aristotle as a worthless “kafir,” but by reading him in the light of the Qur’an. It is also no accident that our regression as a civilization began when we condemned such cosmopolitanism and began to venerate parochialism and isolation, as shown in this book.

In the political realm, the lack of freedom has a poisonous consequence, which is very widespread in the Muslim world: authoritarian rule. We have authoritarian kingdoms, authoritarian single-party republics and even authoritarian “democracies.” The result is bitter struggles for the domination of these all-dictating states. Why do we have disastrous civil wars in Iraq and Syria? Mainly because the Sunnis, the Shiites (or Alevis), the Kurds, and others cannot agree on a liberal political system which will guarantee the freedom and equality of all communities and all citizens. The “fitna“s we complain about are created, first and foremost, by our inability to tolerate differences and obsessing about dominating each other, rather than sharing power. I know some of these issues are controversial Malaysia, too, a beautiful country I had twice the chance to visit. I am in no position to advise the people of Malaysia to govern their affairs. But I will be glad if this book contributes to the ongoing debates in this dynamic nation about Islam, state, and freedom. Hence I am deeply thankful to the Islamic Renaissance Front, its idealist director, Dato’ Dr. Ahmad Farouk Musa and his hard-working colleague Dr. Nur Asyhraff for printing my book in Malay.

As we say in the Islamic tradition; ours is the effort, success is only Allah’s blessing.

Mustafa Akyol is a Turkish political commentator and author based in Istanbul. He thinks and writes on issues relating to Islam and modernity, and dissects Turkish politics as a columnist for the English-language Hurriyet Daily News and the website Al-Monitor: The Pulse of the Middle East. He also writes a monthly opinion piece for The International New York Times.