Hudud Laws: Between the Literal and the Implicit 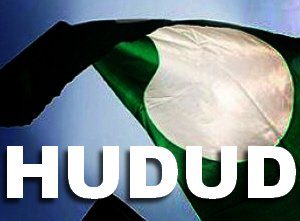 The hudud controversy has now returned to the eyes of the media after it was discussed at the National Syariah Seminar sponsored by the Department of Islamic Affairs of Kelantan. Pas indeed had taken a step forward in their comprehensive proposals for a welfare state but their preoccupation with the hudud issue clearly shows that they are still stuck in the framework of antiquarian politics.

For this evidently shows that the Hudud laws are still a crucial part of their raison d’etre. It doesn’t look likely that this will change, since evoking the hudud is a convenient way to claim that they are the real fighters for Islam in Malaysia, as opposed to UMNO. It also somehow implies that the Islamic credentials of any party somehow hinges on their willingness to apply hudud laws.

Much worse, once the hudud issue is sensationalized it makes it difficult for there to be critical discourse: what is overstated, in the loudest tone, is to be regarded as truth. The priority is to scramble for as much influence in the debate as possible to show that one side is more Islamic than the other. Thus it is not surprising that PAS is no longer the only party supporting the Hudud laws.

A moratorium on the hudud 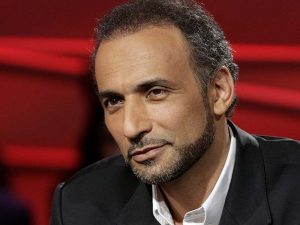 “The Muslim world should hold a moratorium to all implementations of the Islamic penal code, stoning and executions.” This was the call of Prof Tariq Ramadan in 2005 which evoked and invited a variety of responses. That call indirectly addressed, and implicated, all religiously justified laws.  We should consider his arguments, for they are important to help us understand the questions at stake in the hudud laws, and other forms of punishment that have fallen under the Islamic penal code, as well as the necessary steps that need to be taken to move forward.

As Muslims confront new realities, they are compelled to fundamentally question how they should implement the laws of the penal code.

The hudud controversy reflect the struggle of Muslims to seek answers on the best ways to hold on to the message of Islam in the contemporary world and the reality that the extent to which a society should be defined as Islamic is not to be determined or limited to questions about the personal daily lives of Muslims.

The anxieties and heated enthusiasms about the hudud laws, according to Prof Tariq Ramadan is caused by the conviction that implementing those laws will confirm the Islamic character of a society.  In analyzing this phenomenon two reasons are usually given:

First, the implementation of hudud laws evidently demonstrates the legality and social relevance of Islam. The harshness of those laws supposedly reveals loyalty to the commands of the Qur’an that should be obeyed unconditionally.

There are so many streams of thoughts and opinions in the Islamic world, thus disagreements cannot be avoided, what more in an issue as divisive as the hudud laws. There is a minority among Muslims who demand for the hudud to be enforced as soon as possible. This makes the issue a precondition for a society to be regarded as Islamic.

There are others who view that hudud laws are legitimate and can be validated by the Qur’an and Sunnah, but it cannot be implemented in policy until that society is considered “just” and is thus in an ideal state to accept those laws. Thus, priority must be given to remedying social issues first, that is, to eradicate poverty, to provide free education and so forth. There is also the view, held by a minority of Muslims, that the laws of hudud are no longer relevant and suitable for the contemporary Islamic world.

All Ulamas, be it currently or in the past, from all streams of thought, agree that the laws that make Islam’s penal code and the hudud are indicated in Islam’s canon of texts. But, the difference between them is in how those texts are to be interpreted, the conditions that are required for the implementation of those laws, and how relevant they are for the current situation.

The majority of Ulamas, be it now or in the past view those laws as a whole as Islamic, but nonetheless agree that the social conditions that would enable those laws to be implemented are practically impossible to reconstruct. Thus, those laws are basically inapplicable. Thus, at best, hudud is to be seen as a preventive mechanism. The purpose is so that it can evoke the awareness of those with iman of the severity of the crimes that would deserve the penalties as severe as those demanded by the hudud laws. 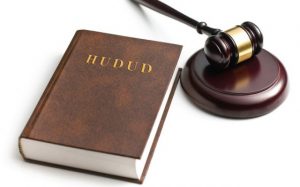 madan stresses that there are several key questions that need to be asked to official religious institutions all over the world regarding the hudud, regardless of whichever tradition, be it Sunni or Shiite, regardless of whichever Mazhab (denomination), be it Hanafi, Maliki, Syafi’I, Ja’fari or others. It should also not be limited to any schools of thought, be it literalist, salafist, reformist and so on. This should be prioritized before we can regard the discussion of hudud as final.

What are the texts, including their level of authenticity that should be a reference for the hudud laws? Where is the line of distinction among interpretations that already exist, and what is the difference between what happened in the Islam’s long history of legal theory and Islam in the contemporary world?

Are the conditions for each ruling to be set according to the sources alone, the consensus of the ulama’, or the individual will of certain ulama’s in the history of Fiqh? What is the difference in each approach? What are the mitigating circumstances among the countless religious authorities throughout history and in the many mazhabs?

The socio-political contexts, or al-waqi’, should always be given attention of Ulamas as one of the precondition for each implementation of the hudud. As a result, the participation of key intellectuals in the social sciences is required in our discussions of this issue. Thus, in today’s context, is the implementation of hudud still possible? What are the conditions that are required, in terms of transparency and accountability in the political system, in terms of freedom of speech, equality under the law, public education, the eradication of poverty and social justice? Which are the contentious point of disagreements, and why?

Between the implicit and the objective. 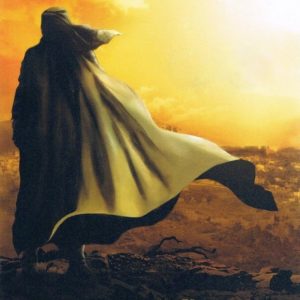 The objective that justifies a particular interpretation must be driven by how the texts of the laws are viewed.  The goals that are already pre-determined are the preservation of life and justice. The implementation of hudud based on literal readings, without taking into account contexts will only lead to injustice.

The Caliph Umar Al-Khattab suspended the implementation of hudud laws during draughts, this even when the statements of hudud were clear.  Despite this, Umar al-Kattab understood that the execution of hudud laws in that context would only lead to injustice.

The contemporary circumstance of the Muslim ummah today is far more complex. Oppression, be it apparent or as a result of poor administration, a flawed economic system, corruption, nepotism and the like can be regarded as a long “draught” in themselves. Thus, the implementation of hudud laws that do not regard the increasingly complex contexts of the Muslim world is not a sign of loyalty to the teachings of Islam.  Instead, it will only upset the highest goals of Islamic teachings that values justice.

In the spirit of Umar Al-Khattab, the anxieties to ensure justice is served and protected should be prioritized ahead of implementinghudud laws while ignoring contexts. The focus should also be on efforts to shape an educated society to the point where they can go beyond thinking in terms of formal paradigms, which only values the appearance and form of religion, while ignoring the content, substance and matter of religion, which is far more important.

Stressing interpretations and approaches to punishment that are uncompromising will not make society more loyal to the teachings of Islam. The ability to encourage social justice and the safeguarding of every individual’s integrity, male or female, rich or poor, in actuality will ensure loyalty that is more deserving of Islam. According to the norms of Islam, the issue that is important is to secure the rights of individual and society, and not to execute punishments that are in actuality to be implemented only on strict and narrow conditions.

It is time we keep the question of hudud laws away from any exploitation of public perception and sentiments. Muslims should reject the manipulation of their Islamic faith by formalist legitimization and focus instead on the inner message of Islam that calls for spirituality, demands education, justice and the respect of pluralism.  It is important for Muslims to divert their attention from what is limited by laws to what they are actually meant to protect. That is to say, an enlightened spirit, integrity, the freedom of each human being, as well as justice that has always been the most important foundation of Islamic teaching.

Dr. Ahmad Farouk Musa is a Founder and Director at the Islamic Renaissance Front. This essay was published in [Malaysiakini] and the [Malaysia Insider.]