Readers of Muhammad Asad’s tafsir, The Message of the Qur’an, will be very familiar with the approach of Asad in translating and writing his extensive commentary. The reader will find in his explanatory notes frequent references to views held by Imam Muhammad Abduh (1849-1905). 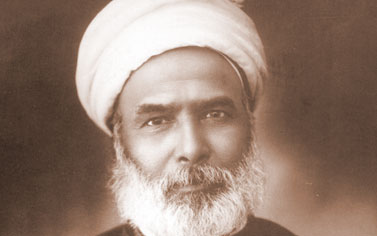 According to Asad (left), Abduh’s importance in the context of the modern world of Islam can never be sufficiently stressed. It may be stated without exaggeration that every single trend in contemporary Islamic thought can be traced back to the influence, direct or indirect, of this most outstanding of all modern Islamic thinkers.

Abduh’s reformist ideas are based on three fundamental principles. The first of these principles is Abduh’s opposition to predestination. He believed that fatalism damaged the Muslim world and caused intellectual stagnation. In Asad’s commentary on the verse “Verily, God does not change men’s condition unless they change their inner selves” [13:11], he said that this is an illustration of the divine law of cause and effect (Sunnatullah). This divine law dominates the life of both individuals and communities. And makes the rise and fall of civilizations dependant on people’s moral qualities and the changes in “their inner selves”.

Muslims cannot expect change by just sitting down and making du’a and that miracle will happen. They have this false belief that everything in this world has been predetermined for them. No matter how much they strive, what has been pre-destined to them will never change. The result being, Muslims are presently the most backward and unproductive lot in their contribution to science and technology.

The earlier Muslim generations did not sit down to wait for al Mahdi to come and save and guide them. That was the main reason for the proliferation of the ummah and their civilizations. Understanding the Qur’an shook Arabia, and made a nation out of its perennially warring tribes. Within a few decades, the Qur’an spreads its world-view far beyond the confines of Arabia and produced the first ideological society known to man, through its insistence on consciousness and knowledge. It engendered among its followers a spirit of intellectual curiosity and independent inquiry, ultimately resulting in that splendid era of learning and scientific research that distinguished the world of Islam at the height of its cultural vigor.

The culture thus fostered by the Qur’an penetrated in countless ways and by-ways into the mind of medieval Europe. It finally gave rise to that revival of Western culture which we call the Renaissance, and thus became in the course of time largely responsible for the birth of what is described as the “age of science”: the age in which we are now living. 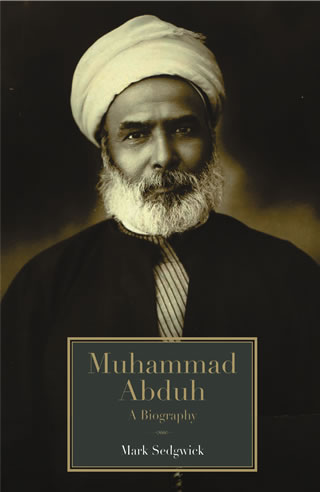 The second principle is Abduh’s struggle to reconcile reason (‘aql) and revelation (wahy). The relationship between reason and revelation has been the most problematic issue since the early Islamic centuries.

According to Abduh (right), “reason” and “revelation” cannot come into conflict with one another, because religion and science are the twin sources of Islam, and that they are active in different areas.

Therefore, “reason” (‘aql) according to ‘Abduh, is the closest friend of revelation as it helps man understand the sacred texts. If man cannot use ‘aql properly, he remains incapable of showing due respect to God who created him.

According to Asad, the great thinkers of our past understood this problem fully well. In their commentaries, they approached the Qur’an with their reason. That is to say, they tried to explain the purport of each Qur’anic statement in the light of their superb knowledge of the Arabic language and the Prophet’s teachings (Sunnah). They also utilized the general knowledge available to them and by the historical and cultural experiences that had shaped human society until their time.

Asad clearly emphasizes on the importance of “reason” in his elaboration of the verse: “and He imparted unto Adam the names of all things”. [2:31]

The Arabic term ism (name) in the verse implies according to all philologists, an expression “conveying the knowledge  (of a thing). According to Asad, in philosophical terminology, it denotes a “concept”.
The subsequent verses show that owing to his God-given knowledge of those “names” or conceptual thinking, man is, in certain respect, superior to the angels.

3. Ijtihad based on Maslahah

Abduh supports the principle based on the notion that Islamic law was revealed to serve, inter alia, human welfare. Hence, all matters which preserve the well being of the society are in-line with the objectives of the syari’ah and therefore should be pursued and legally recognized.

‘Abduh believed that independent thinking  (ijtihad) would enlarge the scope of knowledge because most of the aspects of human welfare (mu’amalat) can be further elaborated with the use of reason (‘aql).

He pointed out that since fiqh means “understanding”, whoever makes a legal decision on the basis of the literal meaning of the text only, without understanding the spirit of the law (ruh al-Shari’ah) is not a jurist (faqih).

ln this regard, he re-introduced the legal maxim “inna al ‘ibrata bi al-maqasid wa al -ma’ ani  wa bi alfaz wa al-mabani”- the consideration is to be given to the intentions and meanings, not to merely words and the phrases.

Consequently ‘Abduh also opposed the literal (zahiriyah) trend and understanding of the text without recourse to reason.

Abduh justified his use of ijtihad on the basis of the following Qur’anic verse: “And strive hard in God’ s cause with aIl the striving that is due to Him: it is He who has eIected you (to carry His message], and has laid no hardship on you in [anything that pertains to] religion.” [22:78].

This injunction was one of the universaI principles of IsIamic jurisprudence (qawa’id usul al-fiqh).
Abduh also invoked the jurisprudential principle that “the foundation of things is permission (al-asl fi al-ashya’ al-ibahah). He interpreted the verse: “He it is who has created for you all that is on earth” [2:29] to mean that such matters as those of state and politics had been given to the people to manage.

“Mutual consultation” here means according to Abduh is practising ijtihad on the basis of original texts. Muhammad Asad had explained the political implications of this principle in more detail in his bookPrinciples of State and Government in Islam.

Apart from trying to coax his readers to understand the spirit underlying his tafsir as expounded by Imam Muhammad Abduh in writing The Message, Asad tried to observe consistently two fundamental rules of interpretation.

Firstly, the Qur’an must not be viewed as a compilation of individual conjunctions and exhortations but as one integral whole. It is an exposition of an ethical doctrine in which every verse and sentence has an intimate bearing on other verses and amplifying one another. Consequently, its real meaning can be grasped only if we correlate every one of its statement with what has been stated elsewhere in its pages. We can try to explain its ideas by means of frequent cross-references. Whenever this rule is faithfully followed, we realize the Qur’an is – in the words of Imam Muhammad Abduh – “its own best commentary”.

Secondly, no part of the Qur’an should be viewed from a purely historical point of view. That is to say, all its references to historical circumstances and events – both at the time of the Prophet and in earlier times – must be regarded as illustrations of the human condition and not as ends in themselves.

Hence, the consideration of the historical occasion on which a particular verse was revealed, must never be allowed to obscure the underlying purport of that verse and its inner relevance to the ethical teaching which the Qur’an, taken as a whole, propounds.

Asad echoes Abduh’s belief that the Islamic message is not completely unchangeable, though some part of it is “immutable” and does not change according to place and time. The regulations of Islamic jurisprudence on worship (‘ibadah) cannot be changed by any authority.

The second part is, according to Abduh, by far the largest; are regulations relating to “civil transactions” (mu‘amalat) including state and politics. These belong to the realm of al-mutaghayyirat (the changing).

When circumstances change, the core Islamic principles and values, which are derived from the Qur’an and the Sunnah, should be reapplied to the new conditions; and the old rulings, which are mutable, should be replaced with new ones.

The reformers believed that the crisis of modern Islam – and now being made worse by the literal understanding of the so-called salafis – was the failure to uphold the clear distinction between “the mutable” (al mutaghayyirat) from “the immutable” (ath-thawabit) resulting in the impediment of true reform (islah) and renewal (tajdid).

[A new and improved edition of Muhammad Asad’s celebrated work, The Message of the Qur’an, published by Islamic Book Trust, is now available locally at major bookshops, or at this website.]