The Constitution and Morality – The Tale of Two Women 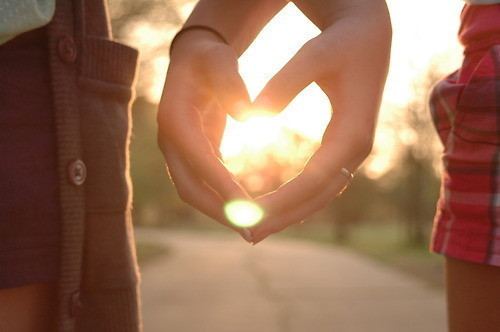 The information used in this article is sourced from online news reports. We argue that both the Islamic offence of musahaqah and the punishment of public caning are unconstitutional. It must be stated at the forefront that this article does not aim to promote homosexuality or any other acts deemed immoral. The ‘rule of law’ is now everyone’s favourite word. So, everyone would agree that criminal law and the overall administration of justice must abide by it.

The story supposedly began when Islamic enforcement officers were conducting their routine ‘patrols’ and caught the two women attempting to engage in sexual activity in a car. These women, respectively aged 32 and 22, pleaded guilty to attempted musahaqah before the Terengganu Shariah High Court. They were convicted and sentenced to 6 lashes each and fined RM3,300 or 4 months’ imprisonment in default. The caning was carried out on 3 September 2018 by the authorities in the presence of the public comprising various sectors of society. It is said that at least 100 people witnessed it.

Musahaqah is an offence under section 30 of the Syariah Criminal Offences Enactment (Takzir) (Terengganu) Enactment 2001 (‘the Enactment’) and is punishable with ‘fine not exceeding five thousand ringgit or to imprisonment for a term not exceeding three years or to whipping not exceeding six strokes or to any combination thereof’. The punishment for attempted musahaqah is the same as the offence itself (see: section 59 of the Enactment). Section 2 of the Enactment defines Musahaqah as ‘sexual relations between female persons’. It is submitted that these provisions of the law, and the punishments imposed on the two women are unconstitutional.

Unconstitutionality of the Offence

Laws criminalising consensual homosexual activity violate the accused persons right to privacy. The right to privacy is not an enumerated right but is implied in Article 5 of the Federal Constitution which guarantees that no person shall be deprived of his right or personal liberty save in accordance with law.

In Sivarasa Rasiah v Badan Peguam Malaysia [2010] 2 MLJ 333, the Federal Court speaking through Justice Gopal Sri Ram, was of the view that the phrase ‘personal liberty’ includes the right to privacy. This was affirmed by the Court of Appeal speaking through Justice Hishamudin Yunus in his celebrated judgment in Muhamad Juzaili bin Mohd Khamis & Ors v State Government of Negeri Sembilan & Ors [2015] 3 MLJ 513. The latter decision was subsequently reversed by the Federal Court on procedural grounds. However, it is our humble view that the Federal Court erred when it reversed said grounds. In fact, the same judge who delivered the judgment reversing the decision impliedly accepted this error in his subsequent judgment in Gin Poh Holdings Sdn Bhd v The Government of Penang & Ors [2018] 3 MLJ 417, at paragraph 33. Justices Gopal Sri Ram and Hishamudin are well-respected jurists and their decisions demand immense respect and consideration.

The Human Rights Committee in Toonen v Australia held that laws which criminalise consensual homosexual intercourse violate privacy. The State of Tasmania criminalised “unnatural sexual intercourse”. The Committee was of the view that adult consensual activity is covered by the concept of privacy. It then recommended that Tasmania repeal the said law. The same rationale should apply with equal force here on the grounds that the State should not concern itself with what people do consensually in private.

Unconstitutionality of the Punishment of Public Whipping

Even if, for argument sake, the offence is constitutional, the punishment of public whipping is unconstitutional.

Firstly, the Enactment itself, nor the Terengganu equivalent of the Criminal Procedure Code cater for public whipping.   Secondly, it is trite law in all civilised countries that punishments must be proportionate to the offence committed. The public whipping inflicted in this case was disproportionate because the gravity of the whipping with the added element of public shaming does not measure up to any legitimate objective. If anything, it is an “offence” between two consenting adults and is essentially a victimless crime and a private matter. Thirdly, Article 8 of the Federal Constitution guarantees that all persons are equal before the law.   Section 289 of the Criminal Procedure Code absolutely prohibits the inflicting of the punishment of whipping on women. The Enactment, in allowing whipping of women creates an unequal dichotomy between Muslim and non-Muslim women. The punishment is thus discriminatory as it creates double standards.

The decisions of the Shariah Courts are amenable to judicial review as has been clearly stated by the Federal Court in the celebrated case of Indira Gandhi Mutho v Pengarah Jabatan Agama Islam Perak & Ors and other appeals [2018] 1 MLJ 545.   The two women should, therefore, consider filing an application for judicial review. They should seek a declaration that the musahaqah offence is unconstitutional.

Further to the declaration, the duo ought to also seek damages for the punishment they suffered. The public shaming aspect of the punishment is especially alarming. In Maslinda Ishak v Mohd Tahir Osman & Ors [2009] 6 MLJ 826, the Court of Appeal allowed damages to the aggrieved woman. In that case, police officers took photos of a female detainee’s private parts when she attempted to relieve herself. She was accordingly allowed damages to the tune of RM100,000.00 for the blatant invasion of her privacy.

“[W]e have to set aside our personal feelings because the law in this country is still what it is today, secular law, where morality not accepted by the law is not enjoying the status of law. Perhaps that argument should be addressed at other forums or at seminars and, perhaps, to politicians and Parliament. Until the law and the system is changed, we have no choice but to proceed as we are doing today.”

The appropriate forum is the Courts and the time is now. Do we want to live in a society where the State compromises individual privacy and resorts to degrading punishment in the name of morality? The answer is obvious.