We Were a British Colony: A Response to Dr. Zainal Kling and MPN

Dr. Zainal Kling together with Majlis Profesor Negara (MPN), which claims up to 1500 members, recently argued that Malaysia was never colonized by the British. As reported in Malaysiakini [1] and Berita Harian [2], Their argument in essence reads as follows:

1) Malaya was a British protectorate, not a colony.

2) But the British did have administrative powers in the fields of finance and the exploitation of Malaya’s natural resources.

3) Despite this, Kling still maintains that Malay sovereignty (kedaulatan Melayu) was still protected.

4) Therefore, what is now Malaysia (with the exception of Malaka and Penang) was never colonized by the British.

Dr. Zainal Kling together with Majlis Profesor Negara (MPN), which claims up to 1500 members, recently argued that Malaysia was never colonized by the BritishThe problems with Dr. Kling’s argument  are as follows:

1) The argument is illogical 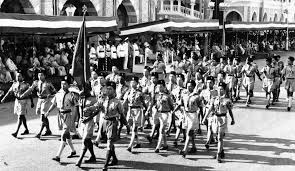 Colonialism entails the exploitation of the wealth and potential of a nation by another. The scenario is that one nation becomes subjugated by the power and authority of another nation. By the MPN’s own admission Malaya’s natural resources and financial authority was exploited by the British “in a breach of trust” rendering Malaya’s actual political power and capacity effectively impotent.

If a nation is exploited in such a manner then in effect that nation’s sovereignty was violated.  Since this was the case in Malaya, as was presented by the facts already in MPN’s reasoning, then Malaya was by definition colonized by the British.

At any rate, the remaining question is that if Malaya was merely a British protectorate (hanya “dinaung”) then why were the British also exploiting it?

2) Malay sovereignty was not protected under Perjanjian Pangkor. For it gave the British legal mandate to advise and interfere in local affairs.

This has been explicitly admitted in PMR textbooks for decades: that much is even admitted in the Pemuda Umno Website. [3] At any rate, some facts are undisputable:

1.  The perjanjian was written in English.

Article 6 of the perjanjian reads as follows: “That the Sultan receives and provides a suitable residence for a British Officer to be called Resident, who shall be accredited to his Court, and whose advice must be asked and acted upon on all questions other than those touching Malay Religion and Custom.”[4]

The collection of taxes was to be overseen and managed by the British Resident.

Due to British pressures and political manoeuvring Sultan Ismail was deposed in place of Sultan Abdullah.

3) They do not understand what sovereignty means

Sovereignty in a basic sense means power. In terms of the modern nation state, political sovereignty basically means that the absolute power and control of a nation and its territory rests in the state. Thus, a country is said to be independent because it has ostensibly gained its sovereignty.

What this means is that the finances and the natural resources of the state is a part of its sovereignty. Dr. Kling, for some reason, assumes that because the British left the crumbs of Malay culture and religion under the Sultan’s rule this ought to mean that kedaulatan Melayu was safeguarded. The British, coming all the way from Europe eyeing our wealth, natural resources and economic potential first and foremost, of course had little concern for how we prayed and conducted our superstitions and cultural practices. The British residents had what mattered more in determining the sovereignty of a nation: its economics and an influence in the political system.

4) The argument assumes that colonialism had to be direct

But colonialism is rarely direct. Just look at the basics of history.

It is the nature of modern European colonialism that the total size of the colonies is much greater than the size of the colonizing nation. This was the case for Britain as much as it was for France, Spain, Belgium, the Netherlands, Germany and Portugal.

For example: The small nation of Portugal managed to amass the amount of land that covers the size of Brazil. The Dutch did the same in Indonesia, and Spain did the same in the Spanish-speaking Americas. This is to say little of the size and global reach of the British Empire. This applied in all cases of modern European colonialism: much of the globe was overtaken by countries that were small.

The point is that the colonizing nations could not have maintained their global presence for centuries by military power or direct rule alone. They needed other means to legitimize their presence while being outnumbered in foreign lands and cultures. The methods of securing that presence varied: a common strategy is to convert the colonized into the ideology or religion of the colonizers, typically to convince the colonized that they were inferior. Another typical approach was for the colonizers to work with their agents and partners from among the colonized, either as business partners or co-administrators to help facilitate and expedite the exploitation process.

In other words, colonialism had no problems working with a local ruling class as advisors or bureaucrats, or in Malaysia’s case functioning in the guise of being a protector, or serving as “residents”. In fact, that only made colonialism more efficient since the colonizers would have direct local partners to protect and legitimize their presence.

In concluding we ought to recall that Dr. Kling and the MPN’s arguments were made in direct response to Mat Sabu’s recent attempts to broaden the scope of Malaysia’s history of anti-colonial struggles. By concluding that the British were never actual colonizers of Malaysia, he sought to discredit the Malaysians, in particular, the Malaysian left who had made the British – instead of the Communists or to a lesser extent the Japanese – the chief villains in the struggle for Malaysia’s independence.

The lesson to be noted here is not just the deeply ideological nature of Dr. Kling and the MPN’s arguments, but the deeply ideological nature of any struggle for decolonization and independence. The left-right distinction that is slowly surfacing in these debates should remind us that independence is more than just about simply removing a foreign conqueror. What the visceral reactions we are seeing clearly highlight is that the struggle is still much about the principles of what a just society ought to be. Some are content with the way Malaysia turned out, while some believe that there are higher possibilities beyond this.

Memory is where freedom really begins. We can only make the right choices for the future based on what we can recall of our past successes and mistakes. In other words, we are only as good (or bad) as what we want to remember and forget.