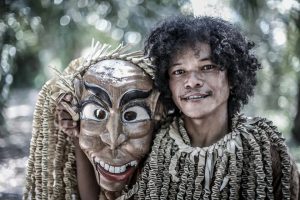 Rights groups are calling out against a statement reportedly made by the Kelantan Islamic Religious and Malay Customs Council, that they were planning to convert all Orang Asli in the state to Islam by 2049.

Lynn: It is 6.46 pm, you’re listening to the evening edition with Lynn and Kelvin. We’re talking about a statement from the Kelantan Islamic Religious and Malay Customs Council which is a plan to convert all the Orang Asli within its State Borders to Islam by 2049. So, we’re talking about this and on the line with us is Dato’ Dr Ahmad Farouk Musa, founder and director of the Islamic Renaissance Front, or the IRF. Dr Farouk, thanks for joining us. Like we said, over the past few days we have seen a number of activists and rights groups calling out the Religious Council for their statement about conversion. What are your thoughts on the discomfort being expressed?

Dr Farouk: Well, yes we have to first talk about the main issue – proselytization.  And I think that almost all of us are aware of Article 11 of the Federal Constitution which says that every person has a right to profess and practice his religion and subject to Clause 4, to propagate it.  The only problem here is in this Clause 4.  This Clause 4 basically grants the power to the States to control or restrict the propagation of religious beliefs among Muslims.  But, there’s nothing more than that meaning to say that you can’t preach Christianity to Muslims.

But, it doesn’t mean that you can’t preach Christianity to the animists or to those who do not have any belief or have other beliefs than Islam.  So, meaning to say that in the 21stcentury there should be some kind of reciprocity.

Some people might not agree with my argument but, to me, if you were to live in Australia for example and the Australian Government puts this kind of restriction upon you by saying that Muslims cannot preach Islam to the Christians, how would you feel?  So that’s my question.

I think that we have to rethink about this Clause (4) and discuss about it and I think the main issue why these people were very angry and annoyed about what is happening in Kelantan was simply because they are the marginalised society with a lot of problems with them in Kelantan.

Their lands were confiscated, their water polluted, their forests are basically diminishing day by day.  I think we do not have any respect for their habitat; for their way of life.  And yet, we are so concerned and put more emphasis on trying to convert them to Islam. These are the things that we place a wrong emphasis on.  I think to quote this phrase coined by one of the Islamic Scholars, Yusuf Al-Qaradawi – he’s a very famous scholar – he used the term: “awlawiyyat” – to put precedence to what is more important.  I think that is the mistake by the State Government by Kelantan.  They do not understand the awlawiyyat which for these people [the Orang Asli] is – their social worth, their health, their education and about them being be able to live in their own habitat.  That is the issue which I think which is causing a lot of discomfort among us.

Kelvin: When it comes to propagation, are there certain or specific principles to go by?

Dr Farouk: As a practising Muslim, I would say that the best principle would be to follow what has been commanded by God in the Qur’an. God says in Chapter An-Nahl – the Bees – [quotes the Arabic verse].

He says that “Call to the way of thy Lord with wisdom; and with goodly exhortation; and reason with them in the best manner possible.” These are the three important things. I believe first of all is wisdom – hikmah –and with good exhortation [quotes the Arabic phrase again].

What does it mean by “goodly exhortation”?  We must not look down on the people we are preaching to.  We must show our sincerity and concern for their welfare – the addressee.  And also, we should not create an impression that we are looking down on them.  We have to show a good example and good manners and not resort to accusations or try to make fun of other people.  We must be reasonable and appealing in our arguments.  These are some of the important aspects of it.

I think these three categories or principles laid out in the Qur’an are basically the most reasoned principles in trying to advocate for what we believe in.

Lynn: I suppose for me one, of the most important question here is how can one balance between the desire to convert more people to your own chose path while also respecting the fact that people have their own belief systems?

You basically have good conduct and impeccable character.  You abide by whatever that you promised and you keep your time.  And, this good behaviour is all to me – I believe that if you could show that, it is a better way of preaching rather than just talking or promising something to other people.

Lynn: Dr Farouk, thanks for speaking with us.  That was Dr Ahmad Farouk Musa, founder and director of the Islamic Renaissance Front.