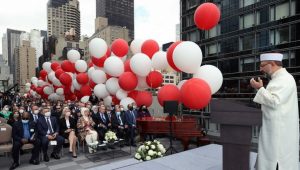 In September 2021, the Turkish House was opened in New York with a high-level state ceremony that included President Tayyip Erdogan. The ceremony began with a prayer recited by Turkey’s chief Islamic cleric – the President of the Directorate of Religious Affairs, which controls 80,000 mosques. This cleric’s recently increasing political stature in Turkey symbolizes the deepening partnership between Islamic scholars/clerics (ulema) and the Erdogan regime.

Turkey was known for about a century as the most assertively secularist state with a Muslim-majority society. Even in that case, the ulema-state alliance has recently become strengthened. Meanwhile in Afghanistan, the Taliban, an organization led by the ulema, has retaken power. Under the Taliban regime, the ulema are not simply an ally of the state; they are “the state,” controlling executive, legislative, and judicial powers.

There are 50 Muslim-majority countries in the world. Turkey has the longest experience of the secular state and Afghanistan has now the deepest theocratic experience (with Iran). In many other Muslim-majority countries ulema-state alliances show a variation. But the common characteristic of these alliances is that they all complicate democratization and development efforts.

Out of 50 Muslim-majority countries, only seven are electoral democracies. Muslim countries also demonstrate lower levels of development, reflected in socioeconomic criteria such as GNI per capita, life expectancy, years of schooling, and literacy rates as compared to the world average. Taken together, many Muslim countries suffer a vicious circle of authoritarianism and underdevelopment.

Contemporary challenges in Muslim countries appear all the more puzzling when we consider socio-economic and scientific progress in their early history. Particularly between the 8th and 11th centuries, the Muslim world produced many of the world’s largest cities and leading philosophers. It was much more developed than Western Europe at the time.

What explains the gap between the Muslim world’s early historical brilliance and contemporary crises? There are two widespread explanations: Islam and Western colonialism. Both are unhelpful.

Blaming Islam as a barrier to progress fails to explain the scientific and socio-economic achievements of early Muslims. For four centuries, Muslim societies had dynamic intellectual and economic classes which established a philosophical and commercial Golden Age. Muslim polymaths made path-breaking scholarly contributions to mathematics, optics, and medicine. It was Muslims who taught Western Europeans certain financial instruments and how to produce paper.

The explanation based on Western colonialism is problematic too. The Muslim world’s scientific and economic stagnation had already begun long before widespread Western colonization started in the 18th century. Moreover, several post-colonial non-Muslim countries in Asia and Latin America have achieved development or democratization, indicating that progress is possible despite a colonial past.

Instead, the main reason for the problems of authoritarianism and underdevelopment in most Muslim societies has been what my 2019 book calls “the ulema-state alliance.” 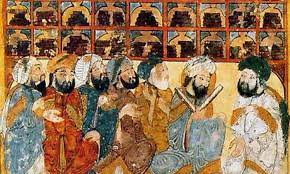 Between the 8th and 11th centuries – when Muslims belonging to various theological schools were cooperating with Christians, Jews and others in establishing a Golden Age – there was a certain degree of separation between the ulema and state. The overwhelming majority of the ulema privately worked in commerce. This historical reality refutes the modern cliché that Islam inherently rejects the separation of religion and state.

In the mid-11th century, however, the ulema-state alliance began to emerge. This alliance gradually marginalized independent thinkers and economic entrepreneurs, leading to centuries of intellectual and economic stagnation in the Muslim world.

During the 19th century, reformist rulers weakened their alliance with the ulema, and in the early 20th century, almost all Muslim state-builders were secularists. Nonetheless, these reformist and secularist rulers had a shared problem: they were too state-centric. Instead of encouraging the emergence of dynamic intellectual and economic classes, they expanded the role of the military and civilian bureaucrats over politics and the economy.

The secularists’ failed policies helped the rise of the ulema and the Islamists since the 1970s. For half a century, many Muslim countries, including Iran, Pakistan, Egypt and Turkey, have experienced Islamization as a social, political and legislative project. This also revived ulema-state alliances. Furthermore, following the 1973 oil crisis, several countries, particularly in the Gulf, began to use oil revenues to fund ulema-state alliances at home and Islamist agendas abroad.

Modern ulema-state alliances have passed blasphemy and apostasy laws that penalize the expression of dissenting religious and political views. Economic policies of these alliances are also restrictive and inefficient where, for instance, the seizure of private property is a way for states to control the economy and punish opposition.

Given this enduring structural challenge, what can be done to reshape the future?

In a recently published report, I argue that the dismantling of ulema-state alliances and the restructuring of economies are crucial for Muslim countries’ ability to achieve democracy and development.

At the discursive level, instead of solely blaming Islam or Western colonialism, Muslim societies should question centuries-old anti-intellectualism and state control over the economy. Only through critical self-reflection can Muslim societies truly address their political and socio-economic problems. Isn’t the Quran saying, “God does not change a people’s condition unless they change their inner selves” (13:11)? 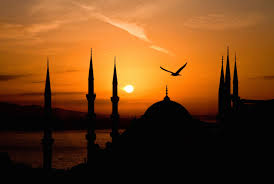 At the institutional level, Muslim societies need open, meritocratic, and competitive systems where the political, religious, intellectual and economic classes can operate autonomously. Such reform requires institutionalising the separation of religion and the state. Islam is not inherently opposed to that. There was a certain level of separation between religious and political authorities in early Islamic history.

Reform must also include the expansion of freedom of thought, by abolishing apostasy and blasphemy laws, and deeper protection of private properties through preventing the state’s seizure of them.

There is a strong economic incentive for reform. Oil revenues, which have funded ulema-state alliances are drying up with the depletion of reserves and widespread adoption of alternative energy technologies. Many Muslim countries will need economic transformation and innovation to prosper in the post-oil era.

A reinterpretation of history is important to facilitate the reform. The structural barriers that have hindered progress in the Muslim world, particularly the ulema-state alliance, have deep historical roots. Nonetheless, Islamic history also includes paradigmatic experiences that may inspire future reforms in state-religion relations and the economy.

Ahmet T. Kuru is Porteous Professor of Political Science at San Diego State University and the author of Islam, Authoritarianism, and Underdevelopment: A Global and Historical Comparison. His recent report is titled “The Ulema-State Alliance: A Barrier to Democracy and Development in the Muslim World.” This essay was first published by The New Arab.