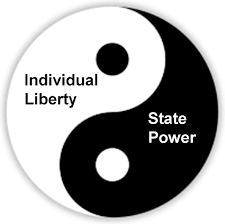 Muslims continue to debate the relationship of religion and state, and religion and politics since the death of the Prophet Muhammad in 632 AD. There were two options then: (1) the caliphate or (2) the Imamah. The third option was, (3) the secular state. The office of the last caliph was closed by Turkey in 1924 with the end of the First World War.

Hashemi[2] contends that the colonial encounter had prevented Muslim societies of the opportunity to go through an indigenous Islamic reformation in relation to modernity and build its indigenous theory of politics and the state. The West/Europe had their trial by fire as it were, and it took about two-hundred years from religious reformation to secularism/separation of religion and state and subsequently, liberal democracy to flourish.

He cites Abdou Filali-Ansary[3], that the process took place, in the reverse in the Muslim world. The introduction of secularism into the region, first due to the colonial encounter with Europe and secondly due to the modernizing and repressive forces of the post-colonial state, meant that secularism in Muslim societies was a top-down process of state imposition. [4]

This reversal, unlike the West/Europe experience, is the cause of weak intellectual roots of secularism exacerbated by state-led modernization not matched by a concomitant transformation of Muslim political culture from below. 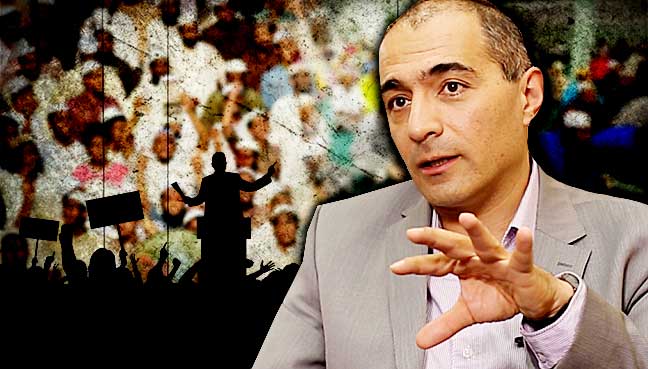 There is a radical social and intellectual rupture with the Muslim civilisational past that has profound consequences for the political development of Muslim societies globally in the last century and now. Secularism has morphed into a highly suspect concept in Muslim societies. It is associated with several evils including (1) atheism, (2) authoritarianism introduced by colonial powers and tied to developmental failures and repressions of the post-colonial state, and (3) the support of repressive Muslim regimes by leading Western powers.[5] Hashemi opines that the future of politics in Muslim societies, many of which are in a state of turmoil infiltrated by militants and extremists, lies in the development of an indigenous theory of Islamic secularism.

An opportunity for a rigorous intellectual debate and analysis of Islamic politics did in fact present itself at the end of the First World War when in 1925 a young Arab scholar, Ali ‘Abd al-Raziq (1887-1966), wrote a thesis that shook the Muslim world. He wrote “Al-Islam wa Usūl al-Hukm” – “Islam and the Foundations of Rule: Research on the Caliphate and Government in Islam”. He was from the hallowed al-Azhar University in Egypt, the first alim or scholar of repute to declare that Islam is a religion, not a state; a message, not a government.[6]

The upheaval his ideas caused among his peers prompted the al-Azhar Supreme Council to condemn and denounce him and have him expelled from the circle of ulama’/scholars. In his time, the primary challenge of Muslim intellectuals was to break free from occupying forces and, in the postcolonial period, to throw off models of governance that continued to advance colonial structures of hegemony.

Al-Raziq blamed the intellectual paucity among Muslims in the political sciences and its development, on the absolute power and oppression during the caliphates and the oppression of latter day kings with regard to academic freedom and their arrogance in the monopoly of academic institutions.[7]

He maintained inter-alia that there is no scriptural necessity for the caliphate. The system at the time of the Prophet Muhammad was ambiguous and vague, making research difficult. He offered the view that the Prophet’s primary task was to spread the message or religion (din) but not to extend the power of the sultan or the state (dawlah). He maintains that Islam as a religion was spiritual (not territorial). Al-Raziq noted that there is an absence of direct reference in the Qur’an and Sunnah on the caliphate as a necessary system of government in Islam and scholars have chosen to rely on just one verse, “Obey Allah, the Prophet and those of authority among you.” (4:59).[8] The Prophet Muhammad did not also establish or headed a government, and he did not name a successor before his death.

This is a very useful analysis to consider in demystifying the rallying call, “sovereignty belongs to Allah” (al-Hakimiyyah li Allah) which claims that Muslims everywhere have the responsibility to struggle against the “forces of ignorance” in this century and establish a territorial “Islamic state”. Indeed the work of Al-Raziq is worth study by political partisan groups in particular, in their search for a useful framework of politics and governance.

Whatever may be that uniquely Muslim-indigenous political theory of “Islamic secularism” that must be developed by responsible intellectuals in our midst, we are all concerned with the coercive, over-reaching power of the state, the protection of human rights especially of minorities and women, the freedom of religion, free speech, and the right of dissent. 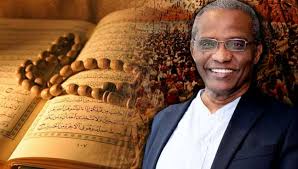 An-Na’im has developed a working definition of “secularism” and the “secular state” that Muslim societies may find useful. He is mindful of the historicity of how secularism is experienced in the colonial encounter and thereafter. He does not deny the political reality that Islam is an identity marker for Muslims everywhere. He however underlines the fact that the public domain is shared by Muslims and non-Muslims at the local and global levels. There needs to be a negotiation of the future of Sharia in the public domain and he sets out a framework, as one of many frameworks which may be offered by other scholars, for this purpose.

All societies are negotiating between religion and the state over many issues at different times. No one country claiming to be secular, actually observes a rigid separation of religion and state. Muslim majority countries in its modern history have adopted institutional structures of the Westphalian nation-state model, which is secular in nature. Secularism can be looked at as a principle of public policy for organizing the relationship between religion and state in a specific context.

“The state” comprises of two components:

The relationship of religion and state is an issue of governance. An-Na’im proposes the following secular state model:

State neutrality in this aspect would mean depriving religions of its ethical foundation and its essential concern with moral questions relating to justice and peace. All citizens have a right to give input to a policy or legislation and the process must remain open and accessible. The participation in self-governance including political actions on government accountability is partly influenced by religious beliefs and founded on an appreciation and commitment to values of constitutionalism and human rights.

The state (organs, institutions, processes) must remain independent in the mediation and adjudication among competing visions and policy proposals. An-Na’im agrees that complete autonomy is not possible in religion and politics because of the political actors who control its apparatus. This connectedness is inevitable. Instead of insisting on a separation of religion and politics, An-Na’im proposes that citizens excluded from the political processes of the day, resort to state organs and institutions for protection against excessive use or abuse of power by state officials.[11]

What are the prospects of reading Article 3 of the Federal Constitution as embracing a “secular state”? I am going to park this point here for the moment for purposes of this paper. I may develop this idea subsequently. We are indebted to the growing responsible and intellectual global Muslim scholarship, which compels us to reflect on the hard questions we have as a multi-cultural Muslim-majority post-colonial state. We may have before us, an incomplete project of nationhood and nation building.

Salbiah Ahmad is a Lawyer by training with LL.B (Honors) University of Singapore and MCL Comparative Law (IIU Malaysia). The author has more than ten years progressive responsible experience on issues of human rights, gender and Islam with regional groups and with the United Nations. This paper is an expansion of her talking points at a roundtable discussion on the topic, on 31 July 2016, organized by the Islamic Renaissance Front in Kuala Lumpur. The guest lecturer was Dr Nader Hashemi, Director of the Centre for Middle East Studies, University of Denver’s Josef Korbel School of International Studies.

[3] Dr Abdou Filali-Ansary is with the Aga Khan University’s Institute for the Study of Muslim Civilizations.

[11] An-Na’im’s seminal work on this is Islam and the Secular State: Negotiating the Future of Sharia, 2008. op. cit.