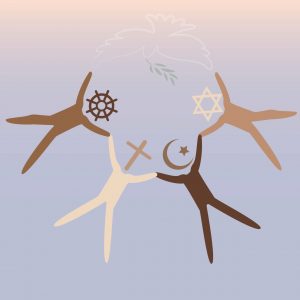 In July 2019, Pew Research Center published a report on religious restrictions around the world. Although Muslim-majority countries constitute only about a quarter of all cases examined in the report, they constitute over three-quarters (18/22) of the cases “with most restrictive laws and policies toward religious freedom.”

In the Muslim world, exceptionally high levels of legal and governmental restrictions on religious freedom are directly associated with various socio-political problems, including limitations on freedom of speech, press, and assembly.

The rest of this article will argue that in the Muslim world, historical restrictions on institutional religious freedom have caused contemporary limitations on both dimensions of religious freedom.

Institutional and individual religious freedom require a certain level of religion-state separation. If the state fully establishes a particular religion, this inescapably means legal, financial, and discursive discriminations against those who do not follow that religion. Such a full-fledged state establishment implies restrictions, even upon those who believe in and practice the established religion, but in a different way than defined by the state.

Many observers have claimed that Islam inherently rejects religion-state separation. If this is true, it is impossible to achieve religious freedom completely in the Muslim world. 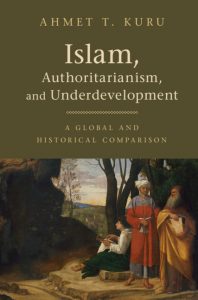 I disagree with these observers. My new book, Islam, Authoritarianism, and Underdevelopment, explains that in early Muslim history (from the seventh to the mid-eleventh century) most Islamic scholars had a certain level of separation from state authorities and were funded by commerce.

Until the mid-eleventh century, prominent Islamic scholars, including the founders of the four main Sunni schools of jurisprudence, refused to be state servants, even when they faced persecution. For their dissenting views, Abu Hanifa was killed in prison, Malik was whipped, Shafii was detained and chained, and Ibn Hanbal was beaten in prison.

The story of the founder of the oldest Sunni school, Abu Hanifa, is a telling example. He was a silk merchant who refused to be a state servant. Abu Hanifa rejected an Abbasid caliph’s personal offer of judgeship with the excuse that he was not qualified for the post. The caliph became angry and called him a liar. Abu Hanifa replied that a liar cannot be appointed as a judge. The caliph had him imprisoned and later poisoned to death.

By standing up against state control over religion, leading Sunni and Shia ulema established role models to succeeding scholars in the next few centuries in terms of operating with a significant degree of autonomy from political authority. According to a modern analysis, out of 3,900 Islamic scholars living between the eighth and mid-eleventh centuries, only a small portion (8.5%) worked as state officials.

However, a transformation occurred in the eleventh century due to changing political circumstances. Two consecutive Abbasid caliphs in Baghdad, who were politically weakened by the rising Shii military forces in various parts of the Muslim world, called for the unification of Sunnis. These caliphs declared a “Sunni creed,” according to which certain Shiis, rationalist theologians (Mutazilis), and philosophers were declared to be apostates. The punishment for apostasy was death.

This call for the formation of a Sunni orthodoxy was well received in the mid-eleventh century by a newly emerging military force—the Seljuk Empire. The Seljuks defeated Shii military forces, centralized and militarized the economy, and established a series of madrasas to turn Islamic scholars (the ulema) into state servants.

The Seljuk model of the ulema-state alliance became the main pillar of subsequent Muslim empires, including the Mamluks and the Ottomans. This alliance marginalized merchants, philosophers, and dissenting Islamic scholars. In most parts of the Muslim world, the ulema-state alliance imposed a state-sanctioned orthodox Islam and restricted individual and institutional religious freedom.

In sum, Islam is not inherently opposed to the separation of religious authorities and state authorities. Historically, there was a certain level of separation between Islamic scholars and political rulers until the alliance between the ulema and the state emerged.

The Institutional Basis: The Madrasas 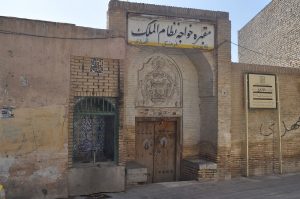 The key institution that maintained the basis of the ulema-state alliance was a network of madrasas. The Seljuk grandvizier Nizam al-Mulk (r. 1064-92) patronized a madrasa in Baghdad, which later became the pioneer of that network. Hence, these institutions were later called after him—the Nizamiyya madrasas.

During the Seljuk era, Nizamiyya madrasas were founded in Iraq, Iran, and Central Asia. Later, in the Mamluk and the Ottoman periods, madrasas with similar institutional forms spread to Egypt, Syria, Anatolia, and the Balkans.

These madrasas were funded by waqfs (pious foundations). Nevertheless, they could not be simply defined as private or independent, because these institutions were not insulated from state influence. On the contrary, political rulers and officials were the founders of the madrasas’ waqfs.

The madrasas promoted Sunni orthodoxy by removing the writings of Shii scholars, rationalist theologians, and philosophers from the curricula, as much as possible. Through the madrasas, the ulema-state alliance eliminated contenders until modern times.

Was Assertive Secularism the Solution?

From the late nineteenth century to the present, several Muslim reformists have pointed to the madrasas and the ulema as barriers to progress and freedom of thought in their countries. These reformists’ ideas began to materialize at the time of the Turkish Republic’s founding in 1923.

Since the Iranian Revolution of 1979, a legal and political Islamization process has taken place throughout the Muslim world. Still, the legacy of secularist founders is visible in many cases. Currently, 22 out of 49 Muslim-majority countries have constitutionally secular states. Yet, most of these secular states have also restricted religious freedom.

For decades, assertive secularist regimes from Turkey to Tunisia violated their citizens’ religious freedom with such policies as the headscarf ban. Assertive secularism, therefore, created a tension between these states and their pious Muslim masses.

Modern Forms of the Ulema-State Alliance 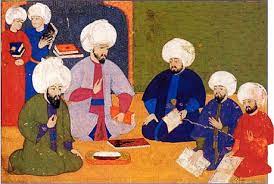 To lessen tension, many secularist leaders reproduced the ulema-state alliance in different forms. These attempts to legitimize secular regimes on religious grounds have resulted in such examples as the Turkish government’s control over all mosques through its agency, the Directorate of Religious Affairs (Diyanet), and the Egyptian government’s control over Al-Azhar, the leading Sunni Muslim institution of education.

In the last four decades, Islamization processes throughout the Muslim world, especially in such leading countries as Turkey, Egypt, Iran, and Pakistan, have further strengthened modern forms of the ulema-state alliance, thus limiting institutional and individual religious freedom.

Being an ally of the state has made the ulema financially and politically dependent on the government and unable to criticize political authorities who have violated ethical principles they would otherwise perceive an obligation to uphold. Thus, the ulema have proven to lack the moral resolve to check state power when necessary.

Ulema-state alliances prevented alternative Islamic groups from enjoying institutional religious freedom. Consequently, those groups became obsessed with the idea of capturing state power in order to prosper, or merely survive, depending on their circumstances.

The Future of Institutional Religious Freedom in the Muslim World

Is this article promoting a pessimistic message about the future of religious freedom in Muslim- majority countries? On the contrary: By arguing that Islam is not an inherently monistic religion and showing that early Islamic history included examples of a certain religion-state separation, this article, in fact, promotes optimism.

Ulema-state alliances have been problematic for non-Muslim actors, dissenting Islamic groups, and even the ulema themselves. Still, simply replacing these alliances with assertive secularist regimes is not the solution. When we explore some Muslim-majority cases such as those in West Africa where religious freedom has existed, we see that these cases did not have ulema-state alliances or assertive secularist regimes.

Ahmet T. Kuru is a professor of political science at San Diego State University and the author of Islam, Authoritarianism, and Underdevelopment: A Global and Historical Comparison (Cambridge University Press,2019). This article was first published in the Cornerstone Forum of Religious Freedom Institute at https://www.religiousfreedominstitute.org/cornerstone/islam-and-institutional-religious-freedom