Killing for the sake of something called … ART: The Charlie Hebdo Affair The trial of a dozen French Muslims, accused of complicity in the Charlie Hebdo killings, has started.  The French artistic elite repeat their mantra: ‘Relax: it is only satire.’ But why should we not take this genre seriously? Humour and mockery are powerful class weapons, especially when used to demean the voiceless and inarticulate, the multitudes who have little or no secure alternative sources of self-respect and dignity other than their naked identity as human beings. To ridicule such people is hardly a noble ambition.

We note with regret the continuing deadlock between Muslim values and those of extremist French secularists. This controversy about freedom of speech shall endure; at heart, it is about the quest for competing authentic identities in the same civic public space. Sadly, some fanatics have chosen a character assassination of the Prophet Muhammad in order to pursue this otherwise noble goal.

An absolute and intolerant laïcité (state-sanctioned secularism) forbids Muslims to seek an honourable accommodation with the powerful and unjust forces operating in their land of chosen citizenship. France, a western pluralist democracy, refuses to make amends for the wrongs of its past imperialism whose legacy includes continuing economic deprivation for millions. 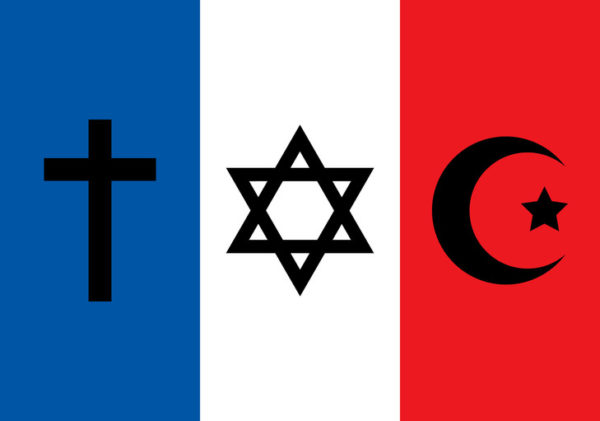 If we are to live together, in peace and with dignity, we cannot allow a group of fanatical artists at the Charlie Hebdo offices to dictate aesthetic taste. Indulging a dictatorship of vulgarity under the guise of so-called artistic values suffocates much more urgent and legitimate concerns about how to lead good lives among those with different or even opposed secular and Christian consciences.

French Muslims must respect the consciences of secular humanists who uphold moral values that conflict with some Islamic values, while French policy-makers need to abandon the conceited view that their style of secularism is the best. Why should modern Muslims bear the burden of French history? Laïcité is intolerant of diversity.  The onus is now on policy-makers. Can they live up to the demands of their history as it has evolved to arrive at this fatal stalemate? Are the French ready for democracy? Can they allow a voice to their six million Muslim citizens? Or will they persist in suppressing them and further embitter them? Powerlessness corrupts. Charlie Hebdo tragedy should teach us to progress together towards truly inheriting liberté, égalité, fraternité for all citizens, not only for the artistic elite. Moral progress in cultures is not achieved through distorting the self-image of a despised minority – and substituting a false and insulting revisionist account of their origins. Religions have communal self-esteem. Their adherents can be wounded.

Dr Shabbir Akhtar, a Cambridge-trained philosopher, is on the Faculty of Theology and Religions at the University of Oxford. He discusses the above-mentioned issues in his forthcoming book, Be Careful with Muhammad! (Bijak Publishing, Jakarta, October 2020). Check out his website: www.shabbirakhtar.com. His book could also be purchased here: https://shabbirakhtar.com/books/be-careful-with-muhammad-salman-rushdie-and-the-battle-for-free-speech-2nd-edition/