Lessons from Turkey: An Open Letter to Muslim Democrats in Malaysia 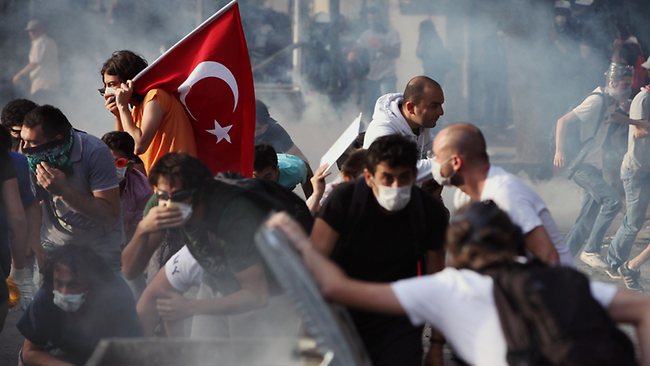 The Islamic Renaissance Front observes the protests in Turkey very closely. We believe there is much at stake in how AKP (The Justice and Development Party) will engage with the demonstrators at this point, especially with regards to the relationship between Islam and Democracy.

It is well known that the AKP, under the leadership of Reccep Tayyip Erdogan, rose to power with ideas for a modern and inclusive balance between politics and Islam. Despite its official ideology as a conservative party, it has nonetheless assured the Turkish people and the international community that it will abide by principles of transparency and openness in governing.

But we can discern some regressive trends after three terms. For one, Erdogan’s refusal to engage with the demonstrators, while blaming social media for stoking unrest, shows how far he has clearly strayed from his democratic ostentations.

The state driven regulation of personal life has also increased to reach concerning levels. All this is occurring alongside the rapid neo-liberalization of the economy, risking greater inequality between the haves and the have-nots and further devastation of the environment. Turkey too, currently has the highest amount of journalists imprisoned among all member countries of the Organization for Security and Cooperation in Europe.

All this, needless to say, proves that contrary to initial high hopes, the Erdogan led AKP has not embodied the ideals of good governance founded on the Islamic principles of equality, justice and freedom.

The Turkish example shows that the task of establishing a moderate and enlightened vision of political Islam only begins once in power. In this the challenge and priority is not to add more cosmetic Islamic policies and laws, but to educate the public of the virtues and values of democracy, justice and equality in a complex world towards harmony and prosperity for Malaysians of different cultures and religions.

Expectations are often higher for Muslim leaders who are not among the common stock of politically ambitious ulamas. They are assumed to be more flexible, or at the very least, less beholden to rigid interpretations of Islam which many with good reason feel cannot survive the dynamism and openness required for any democracy to flourish.

It goes without saying that such Muslim leaders are few and far between in Malaysia. And for that reason, they are therefore entrusted with far more responsibilities to help realize a more inclusive nation. For it will not only be Muslims who will be turning to them with their aspirations: Non-Muslims too will hope to be represented in the process.

However, given Malaysia’s linguistic, cultural and structural complexities, Malaysians are willing to be patient with these democrats as they work their way through the obstacles before them. Here, we wish to remind our Muslim democrat friends that the patience of Malaysians should not be used as a pretext for further superficial Islamization, which is often the more tempting route, given the conservatism that pervades Malay-Muslim political culture.

The goal for any Muslim democrat leader in Malaysia, first and foremost, is to ensure democracy. We wish for our Muslim democrat friends and allies to heed this lesson from the current struggle in Turkey.

This article also appears on Malaysiakini at http://www.malaysiakini.com/letters/233128