Loss of Ennahda a Lesson to Muslim Democrats 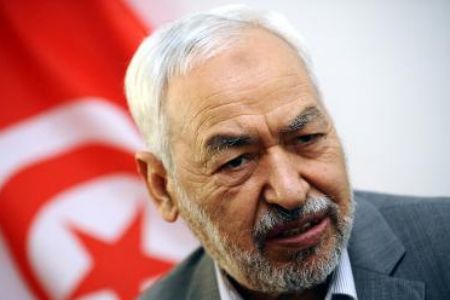 Perhaps the most interesting event that has happened in the Muslim world recently is the rise and fall of Hizbun Nahdah or The Renaissance Party of Tunisia.

To many Islamists around the world today, Ennahda is a model of a moderate Islamic movement that embraces democracy. It’s leader Syeikh Rachid Ghannouchi, who lived in exile in London during the time of Ben Ali, came back after the Arab Spring and led the party in the general election that finally won 40 percent of the seats in October 2011, is considered as a true Muslim democrat.

The book written on Rachid Ghannouchi by Dr Azzzam Tamimi, “Rachid Ghannouchi: A Democrat Within Islamism” has been read by thousands of aspiring Muslim democrats around the world. And Ghannouchi has been forthright about his stand on secularism, a very contentious terminology among the Islamists.

During his speech at the Centre for Study of Islam and Democracy on March 2, 2012, Ghannouchi said:

“Perhaps the most important idea in the ensemble of these procedures is the idea of the state’s neutrality i.e. towards religion and its abstention from interfering with people’s conscience.  Whereas, the state’s scope or jurisdiction is limited to the ‘public domain’, religion’s scope extends to the ‘private’.”

He also said: “ The primary orbit for religion is not the state’s apparatuses, but rather personal convictions. The state’s duty, however, is to provide services to the people before anything else, to create job opportunities, and to provide good health and education, not to control people’s hearts and minds”.

But despite the progressive outlook, what then led to the downfall of Ennahda in Tunisia?

The official results of Tunisia’s parliamentary elections last Thursday revealed that the secular leftist Nidaa Tounes has defeated the Islamist Ennahda with 85 to Nidaa and 69 to en-Nahdah of the 217 seats in the parliament.

The anatomy of a revolution

To answer this question, perhaps it is worth for us to look back at the Arab Spring.  Of course, it all started in the Tunisian town Sidi Bouazid on 17th December 2010 when Mohammad Bouazizi set himself alight. The weeks that followed would bring a dramatic change to the Middle East and North African politics and the Muslim world at large. Egyptians followed the Tunisians lead beginning on 25th January 2011 with massive mobilization in Midan at-Tharir or the Tahrir Square that resulted in the fall of Hosni Mubarak on the 11th of February.

Despite the rejoice over the uprising by many Islamic workers all over the world, whose mantra has always been “al-Islam huwa al-hal” or “Islam is the solution to all problems”, the real spark for the Tunisian Revolution was in fact very demonstrative of two main factors: economic deprivation and political repression in the region. Similar incidents all over the region, including Egypt, were driven by similar economic ‘woes’. And the Arab Institute for Human Rights and the Arab NGO Network for Development further demonstrate this duality of motivation in a report.[1]

The report noted that the desire to build a socio-economic system based on ‘dignity, liberty and equality… was the main demand of the demonstrators in the entire region and what led them to this profound change’.

Hence it was a wrong reading of the entire Arab Spring episode to understand it as simply an Islamic reawakening or the aspiration to be more Islamic. And it is wrong as well for us over here – Islamists from the Islamic Party, PAS in particular – to take this as a cue to promote their Islamist agenda. We have witnessed how personal affairs of the people – like observing hijab for women, or performing Jumaat prayer in congregation for men – have become state matters. The government behaves as if it monopolizes the truth, and has the right to serve as the enforcer of religion.

For the initial rise of Hizbun Nahdah in Tunisia and al-Ikhwan al-Muslimun in Egypt via democratic means has illustrated the fact that democracy and Islam are indeed compatible.  These two movements though known initially to promote Islamism agenda have changed their stand in the wake of the Arab Spring, and started to call for a civil state instead of an Islamic State. 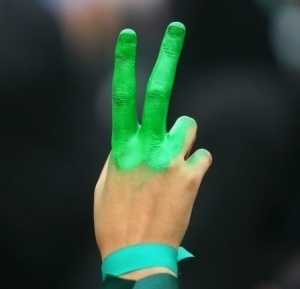 They were more concerned about rights instead of duties, historicity rather than fixed scriptures, and the future instead of the past. To many sociologists, this new phenomenon is termed “Post-Islamism”. Whereas Islamism is defined by the fusion of religion and responsibility; post-Islamism emphasizes on religiosity and rights. And while the association of Islamism has always been with exclusivity and authoritarianism, post-Islamism is more concerned with inclusivity and democracy.

Now when the people put their hope in Ennahda and al-Ikhwan during the Arab Spring, it was basically a hope that these parties would bring a new approach to politics that included a focus on economic development and fighting corruption. For it was apparent that the uprising against Ben Ali of Tunisia or Hosni Mubarak of Egypt had been neither religious nor secular. Instead as we have seen, the call was for an end to corruption, cronyism and political repression and, mainly for an improvement in economic conditions.

Ennahda of Tunisia was given a chance to rectify these problems, particularly the persistent unemployment that deprived so many young Tunisians of hope and dignity. But in the minds of many voters, once in government, the party leaders failed to deliver. Unemployment remains high and the security climate has grown more precarious amid the regional turmoil.

This is obviously a very important lesson for us over here.

Rather than being obsessed with the issue of limbs amputation, perhaps what is needed more is a discourse on how to come up with an economic agenda that is just and will benefit the people at large and not only to a selected few. The economic inequality index or known as the Gini Coefficient is still high at 0.43 for this country.  And Gini Coefficient measures the extent to which the distribution of income or consumption expenditure among individuals or households within an economy. This high index is alarming even if we compare to Thailand at 0.4, Indonesia at 0.37 and India at 0.33.

Perhaps we should also note that a poll conducted in Egypt by the International Republican Institute (IRI) showed that economic grievances rated highest in people’s minds. For example, 63 percent of the people cited ‘unemployment’ and 30 percent cited ‘poverty’ as the biggest problem facing Egypt. And instead lack of ‘democracy’ and ‘free elections’ were only cited by 6 percent each.[2]

A Pew Research Centre also saw economic aspirations put ahead of democratic demands with more Egyptians – 82 percent – say that improved economic conditions and a fair judiciary – 79 percent – are very important than about honest multiparty elections – 55 percent. People opted more for a strong economy over a good democracy with high-income groups prioritizing a good democracy – 58 percent – and those of middle and low-income preferring a strong economy – 53 percent in both cases. Of note, only 39 percent with low-income preferred a good democracy.[3]

But of course the main problem with Ennahda as with the Brotherhood in Egypt lies in the philosophy underlying the economic agenda. Some researchers described the Brotherhood’s economic vision as a right-wing, neoliberal vision that is no different from the previous regime. And this is also the case with Tunisia’s Ennahda. In fact critics have accused the economic policies of Ennahda to be even more neoliberal than those of the previous leadership. Sadly, Islamists failed to realize that such policies were among the major causes behind the revolts against the previous regimes as described above. Neoliberal policies caused social and economic disparities between the rich and the poor and the tragedy of Mohamed Bouazizi is a lesson to be learnt.[4]

What then do all these statistics and analyses tell us?

I believe primarily it is possible to conclude that based on the researches conducted, the main factors that underpinned the revolution were a combination of economic deprivation and state abuse; with economic deprivation is arguably the prime causal factor. And despite the observance of liberal democracy in Tunisia and the adherence to the principle of no state interference in personal affairs – like banning of alcohol consumption or imposition of hijab – the inability to tackle economic issues is still the Achilles heel of the government of the day.

The next question is, why is this important to us in this country?

I believe the results proved to us that the main issue that motivated people to rise up against the powers that be was primarily economy. Hence if we offer to the people a “new government”, then this new government must have a clear economic philosophy and economic agenda, and not simply harps on rhetoric and stirs the emotions. We have to appreciate that while perhaps democratic ideals are cherished more by the affluent society, ordinary citizens are more concerned about their daily living and economic woes. Democracy in itself does not necessarily guarantee the redistribution of wealth, or a decrease in inequality within a nation.

Democratic reform alone would not tackle the issues of socio-economic deprivation that makes engagement with democracy impossible. And it will not overcome all of the limitations a national democracy faces in the global economy. Hence solving socio-economic issues such as inequality is not only desirable, but strongly required for a new dawn of democracy in this country.

To me, a democratic transition that we envisaged in this country need to conform to three most important criteria. First, is the need to ensure personal freedoms especially freedom of conscience and freedom of expression, to uphold human rights and the rule of law. And as I have argued before,[5] in our religiously diverse country, secularism, properly understood, may offer the only path to religious and philosophical freedom. Therefore the state must remain secular in order for the people to adhere to a plurality of conceptions of what gives meaning and direction to our life. In the words of Rachid Ghannouchi: “secularism is not an atheist philosophy but merely a set of procedural arrangements designed to safeguard the freedom of belief and thought”.

Second, is the need to tackle social justice issues such as job employment, minimum wage, housing, medical care and education. These were real issues affecting the people, not some hypothetical situation where everything will be solved when sharia is implemented.

And finally, is the need to promote political and cultural pluralism, especially in respecting the differing ideologies and also the rights of minorities in this country whether they are minorities from other faiths or similarly, of other denominations within Islam.

Are we, and especially the Muslim democrats, ready for this?

Dr Ahmad Farouk Musa is the Director of the Islamic Renaissance Front. This article was first published on The Malaysian Insider at http://www.themalaysianinsider.com/sideviews/article/ennahdas-loss-a-lesson-to-muslim-democrats-ahmad-farouk-musa

[5] Musa AF, “Arguing for a secular state” in The Malaysian Insider at http://www.themalaysianinsider.com/sideviews/article/arguing-for-a-secular-state-ahmad-farouk-musa