Navigating through four types of Malay Muslims in Malaysia 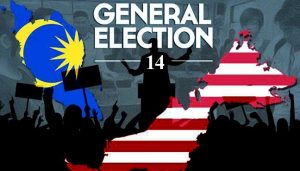 A few months after PH’s historic win in GE14, I wrote about how Islam will be the new battleground in Malaysia. All the issues of Malay supremacy will pale against the new narrative of Islamic Supremacy and outright dominance in the Malay psyche as well as politics. Islam then and now has come under scrutiny with nervousness among many Malaysians. Malaysians must understand that there is not just one Islamic narrative but many that they confront daily. It is my intention to provide my own personal classifications of the many Malay Muslims that I have encountered, lived with, work with and has been a part of throughout my adult life. This writing is important for Malaysians to read and understand if they are to navigate safely and strategically among the many issues deemed ‘islamic’ in the eyes of Malays.

I will classify four kinds of Muslim Malays in this writing. I have direct experience dealing and living with all four kinds. The classifications may be simplistic to some people but this is not a 300 page book and the main message to Malaysians is that they should be wary of the different Malays they deal with in this country and Islam is not the evil mother but cultural, political and narrow interpretations of her principles are. 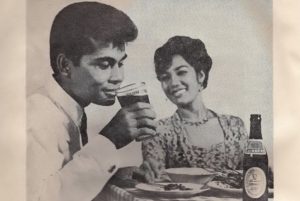 All Malays start with being a Muslim from an inherited culture. Though Malays were once Buddhists and Hindus, the conversion of Parameswara, a ‘pendatang’ Hindu prince started the adoption of Islam as the religion of the Malays way back in the 14th century. Although there have been other sources quoting different origins of Islam, that issue is not important here. What is important are the characteristics and the sources of their perspectives on nation building and the role of Islam as they see it. I was born into a Malay family in 1962 from parentage that hailed from Patani, Thailand. Cultural Muslim Malays usually follow the required rituals moderately meaning they do not really perform the prayers strictly until they come of old age and then they would frequent the mosque or surau until their death. These Cultural Muslims would sometime take alcohol as did my father, who was a police constable. However, most Cultural Muslim Malays would fast in Ramadhan faithfully and abstain from pork and other haram food. Cultural Muslim Malays do not talk politics and sees Islam as a tradition to be followed like circumcision for male children, akad nikah or marriage ceremony as well as the jenazah or funerary rituals.

In the present time, Cultural Muslims are among the generation who are above 60 years old where in their youth, they never encountered the Reformist Movement expanded by the likes of Anwar Ibrahim, Saari Sungib and Dr. Siddik Fadzil. Many of these first and second generation educated Malays do not subscribe to the idea of Islam and politics and many practices the western lifestyle in private nowadays. These Malays are friendly to the original construct of the constitution of Malaysia as a secular, multifaith and multicultural nation. However, these cultural Muslims are seen as ‘an enemy to Islam’ by the Reformists Muslims by virtue of their western like lifestyle and ideas of society as well as governance. 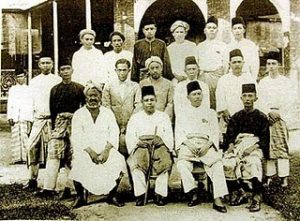 Traditional Muslim Malays are characterized as those who studied Islam from the ustazs and madarsas or in their older age hire ustazs to teach them about the rituals of Islam. Traditional Muslim Malays place great emphasis on rituals and the activities of the mosque for the benefit and protection of Islam. Traditional Muslims goes to the surau or masjid to learn about how to pray better, how to be clean and also how to get closer to God through pilgrimage and supplications. Traditional Muslims do not know the values of the Prophet Muhammad and how he treats non-Muslims but these Muslims rely solely on the ustazs or religious clerics to interpret Islam for them. Traditional Muslims do not talk politics in the early days of Malaysia but now they are heavily influenced by the call of fake news and rhetoric of ‘Islam under siege’ in Malaysia because of the DAP and liberal Malays in cahoots with the DAP.

Traditional Malay Muslims do not read books on democracy and Islam but more about rituals and private prayers as well as pilgrimage. These Muslims are fierce protectors of Islam. These Muslims will view as threats things like alcohol, Christians and issues like ICERD or Rome Statute. Traditional Muslims presently comprise both the uneducated orang kampung and the university educated ageing class of Malays who were mostly alcohol drinking Cultural Muslim Malays in their younger days overseas or even in Malaysia. Traditional Muslims do not understand or do not want to understand politics, the constitution, Ruku Negara or whatnot because their lives are centered at the mosque, their ustazs and their own isolated communities. I was never a traditional Muslim but live among them in my wife’s family and those of my own too.

The idea of the Islamic State rose from this Reformist group. Reformist Muslims are the most interesting group to analyse as they comprise three kinds of groups. Firstly, you have the political Reformist Malay Muslims who believe that only by taking political power through the elections in a democratic  manner can the constitution be changed to a Shariah based product. This is what PAS stands for. Political power must be secured and any means necessary to achieve that objective without any military coup is the present modus operandi. Thus, PAS works with corrupt leaders as well as extremist nationalists even though it renounces them three quarters of its life existence.

The second type of Reformist is the Tabligh group. This group aims to bring Malays and Muslims back to the fold of a spiritual and brotherhood Islam through their missionary works.  The Tabligh do not take the democratic or political approach but use a more religious or spiritual work of inviting Muslims back to the ways of humility and rituals.

The third kind of Reformist are those like IKRAM and ABIM who believed that political Islam can only be better achieved through a conscious approach of modern education, social integration and economic strength. These two groups have never divulged that they wished for a Shariah based constitution but I believe their objectives are the same with PAS in terms of political power endgame. The International Islamic University was the beacon of intellectual discourses of democracy, modernity and Islamic values to engineer this revolution but now it is a sorry excuse of an education institution that has no relevance to progressive thinking of Islam in a nation building construct.

There was another interesting group called the Al-Arkam who combined Sufi teachings, deep spirituality, sustainable economic approach and revolution of the arts in clothing and Nasyid Songs, but the BN government destroyed them from the roots. If not, the Al-Arkam would have been poised to be a political power.

I had been with all the three groups but I had never subscribed to the idea of changing the Constitution to the Shariah based one because I never trusted the religious clerics who were not trained in the wider knowledge of modern science and technology as well as social well being between global cultures. 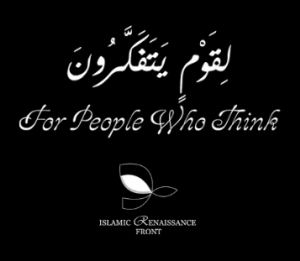 The Progressive Muslims stem from the Reformist but it is extremely few in number. The Islamic Renaissance Front was and is the beacon of this progressive thought that Islam can be a modern revolution without tying it to the idea of an Islamic State. In truth, the fate of Malaysia and many Muslim worlds depend on the nurturing of this small group of thinkers. I had identified myself with this group at the later part of my life when I saw deep conservatism taking over the Reformist’s social and educational agenda. The IRF believes that any national constitution is acceptable in Islam if its is in line with the basic requirement of humanity’s dignified existence as well as the humanistic agenda of Islam. However, this group is seen as a ‘sesat group’ by the Traditional and Reformist groups.

Islamic discourse of nation building is not going anywhere and it has the engulfing power that will dominate any and all discourses. Whether helping people in floods, pandemic poverty or grocery shopping, the Islamic narrative or perspective will rule Malaysia. The non-Muslims who do not understand the kinds of Muslim Malays they confront often react in a manner that fuels the Traditional and Reformist to tighten  the grips of Islamic and national narratives.

In future articles, God willing, I will propose my method of navigating through these quagmire of spiritual, social and political change in Malaysia.

Prof Dr. Mohd Tajuddin Mohd Rasdi is Professor of Islamic Architecture at UCSI University and formerly a professor of Islamic architecture at Universiti Teknologi Malaysia (UTM). He is an academic who dares to speak up on academic freedom. This article was first published in the MySinchew at https://mysinchew.sinchew.com.my/20220124/navigating-through-four-types-of-malay-muslims-in-malaysia/