NO HUMAN RIGHT TO SMOKE AND VAPE

Abstract: Despite what the libertarians may claim, there is no constitutional right to harm oneself, harm others and put a burden on the national health system. Freedom per se has no value. It is what freedom is for. It is the use to which it is put. It is the sense of responsibility and restraint with which it is exercised. Article 8(1) on equality does not mandate that all persons must be treated alike. All that it mandates is that like should be treated alike. The main challenge of the law is enforcement, not constitutionality.

WHENEVER the state employs the penal law to enforce morality, criminalise vice or regulate personal autonomy, constitutional issues arise. It is not surprising, therefore, that the Control of Tobacco Products and Smoking (CTPS) Bill is being subjected to critical parliamentary and public scrutiny. In the spirit of democracy, this scrutiny should be welcomed.

The CTPS Bill prohibits individuals born on and after January 1, 2007 from ever smoking or vaping or possessing tobacco products or smoking devices. The aim of this “generational end game law” is to gradually rid the country of the health hazards of smoking by making it illegal for the young (born after 2007) to smoke cigarettes or other smoking devices. These devices cannot be sold to anyone born after 2007.

There is solid medical evidence to support this anti-smoking health initiative.  Smoking causes afflictions like cancer, heart and lung disease, stroke, and chronic obstructive pulmonary ailments. The cost of treatment is borne largely by the taxpayer. More than 27,000 smoking-related deaths are reported in Malaysia annually.

There are, nevertheless. constitutional issues that deserve examination.

Is smoking a part of the guarantee of personal Liberty in the Constitution’s Article 5(1) which states that “No person shall be deprived of his life or personal liberty save in accordance with law”.

The concept of ‘personal liberty’ does not refer merely to liberty of the physical body or to freedom from arrest and detention. The courts in common law countries have interpreted the concept prismatically to include the right to live with human dignity, the right to privacy and protection against police surveillance. 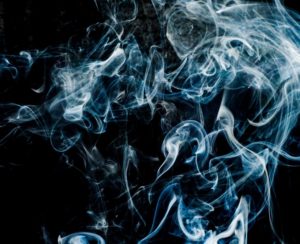 However, personal liberty is not, and can never be, absolute. There is, for example, no right to sell, purchase, possess or consume dangerous drugs; to own firearms without a licence; to possess pornographic materials; to walk naked in the streets; and to hug and kiss in a public park (Ooi Kean Thong v Pendakwa Raya, 2006). Such issues of personal autonomy are subject to regulation by the law.

There should be no human right to smoke or vape due to the harm it causes to the smoker and to others through second-hand smoke. There is also the undeniable injury to the public interest due to the disease and death caused by smoking, vaping and peddling of these products.

Nicotine addiction is not distinguishable from addiction to other drugs. If the country can ban or regulate other drugs, it can also regulate nicotine or its substitutes.

For nearly six decades, our courts were of the view that the harshness, reasonableness or oppressiveness of the law is not for the courts to determine. If the legislature has enacted a law within its jurisdiction, the duty of the courts is to apply the law as it is. As Suffian LP said in the case of Andrew Thamboosamy: “if the Government exercises a power conferred on it by Parliament and keeps within the law, then the duty of the courts is quite clear; the court should simply apply the law no matter how harsh its effect may be…” 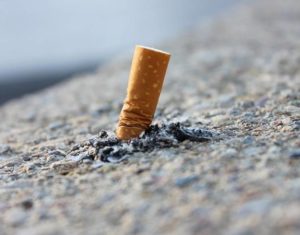 It is submitted, however, that the Alma Nudo Atenza precedent will not apply to the CTPS Bill as there is no presumption of guilt in the CTPS Bill and the penalties awarded, though harsh, are not draconian.

The CTPS Bill’s “generational end game”, seeking to ban smoking for future generations, is not unreasonable or disproportionate. Many other countries like Finland and New Zealand have similar (but softer) laws.

The provision that permits the Minister to gazette any public area as a non-smoking area is reasonable.

However, some aspects of the Bill, though constitutionally acceptable, appear quite high-handed. They need a review.

The CTPS Bill prohibits the use of a smoking device by any person who was born after 2007. The law seeks to protect the young (i.e. 16 years at the end of 2022) from falling prey to the harmful effects of smoking. But people born before 2007 are not affected by the law. Is this a case of unconstitutional discrimination against the young?

It must be noted that Art 8(1) on equality does not mandate that all persons must be treated alike. All that it mandates is that “like should be treated alike”. Tun Suffian in PP v Khong Teng Khen (1976) and in Datuk Haji Harun bin Haji Idris v PP (1977) laid down that “the principle underlying Article 8 is that a law must operate alike on all persons under like circumstances, not simply that it must operate alike on all persons in any circumstances…”. 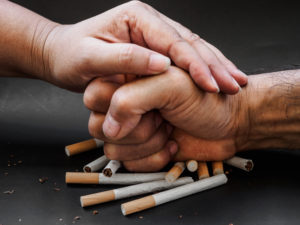 The State does have the power of categorising and classifying persons. However, the classification or differentiation must be rational and must have a reasonable nexus with the object sought to be achieved.  Age is a permissible, rational and necessary criterion for classification under a host of laws.   We have laws on capacity to contract, eligibility to vote, right to contest an election, age of marriage, age for consent to have sex, age below which there is no criminal liability, and special court procedures for juveniles. Alcoholic drinks and cigarettes cannot be sold to or bought by minors.

All in all, the CTPS Bill is supportable in its basic aim of eliminating the scourge of smoking. The Bill begins with the youth and extends the protection and prohibition to all eventually.

The main challenge of the law is enforcement, not constitutionality. Despite what the libertarians may claim, there is no constitutional right to harm oneself, harm others and put a burden on the national health system.

Freedom per se has no value. It is what freedom is for. It is the use to which it is put. It is the sense of responsibility and restraint with which it is exercised. The Constitution’s provisions on personal liberty, freedom of expression and equality do not forbid the regulation or banning – immediate or eventual – of smoking and smoking devices which harm oneself and harm others and society.

Having said that, it cannot be denied that the law will pose many challenges. It will fuel the growth of the illegal cigarette trade.  Smuggling syndicates will have a bigger market. Corruption will be boosted. The law will be difficult to enforce. While this is indeed true, one must note that the challenges surrounding enforcement accompany all laws.

Another challenge is that to secure public cooperation, re-education of the public is necessary. Many elders are habituated to smoking. Many youngsters wrongly see smoking as a rite of passage and as part of “breaking free”.

Emeritus Prof Datuk Dr Hj Shad Saleem Faruqi was the Holder of the Tunku Abdul Rahman Chair at the Faculty of Law, University of Malaya. He is currently the Holder of the Tun Hussein Onn Chair at the Institute of International and Strategic Studies Malaysia (ISIS); a Member of the Judicial Appointments Commission; a Fellow of the Academy of Sciences Malaysia; a former member of the post GE-14 Institutional Reform Committee and the MA63 Committee. This essay first appeared on The Star at https://www.thestar.com.my/opinion/columnists/reflecting-on-the-law/2022/08/08/no-human-right-to-smoke-and-vape