Persecution of Shias An Assault to Human Rights 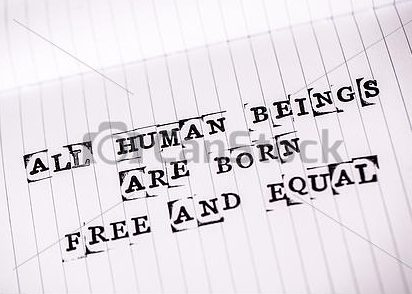 The first article of the Universal Declaration of Human Rights (UDHR) reads:

“All human beings are born free and equal in dignity and rights. They are endowed with reason and conscience and should act towards one another in a spirit of brotherhood.”

It is generally known that the UDHR was promulgated with one sole purpose to promote the universal respect for human rights and fundamental freedoms for every person without any distinction irrespective of race, sex or religion. But what had happened in the past few days was a disgusting blot on the history of a country that had been twice on the United Nation’s Human Rights Council.

It started with a Friday sermon by JAIS – the religious department of the state of Selangor – to be read state-wide in all mosques in the state last Friday. The sermon was more of a hate speech against the minority Shia community in this country especially when Ashura, the 10thday of Muharram, when the Shias commemorate the martyrdom of the grandson of the Prophet was around the corner. It only proves one thing, that there has not been any change in terms of religious tolerance despite the change in government in the last election. Lest we forget, this is the same JAIS that had conducted a raid on a church way back in 2011 during their fund-raising dinner for HIV/AIDS support program for suspicion of proselytization. 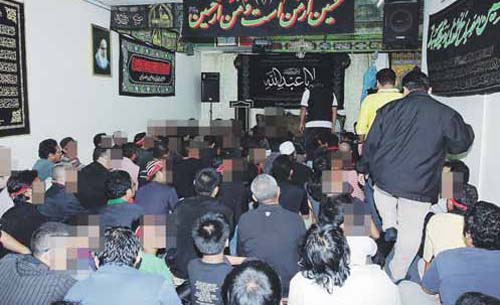 And not satisfied with just a sermon demonising the Shias, JAIS conducted a raid on their “hauzah” despite it being a private property holding a private function. It seems that JAIS thought they were doing it on behalf of God’s commandment in preserving what they believe to be a pristine Islam. This is where JAIS failed to understand about what freedom of conscience as enshrined in the first Article of the UDHR was all about. And the same freedom of conscience was enshrined in the Qur’an itself in Chapter 16 verse 90. For faith is a personal conviction, and that the state has no authority to interfere in one’s choice of faith.

We have to understand that the heart of UDHR proclamation was that “all human beings are born free and equal in dignity and rights”. This first article was the core principle of human rights which is basic to everyone on this earth. Our concern on the assault of this basic principle was not only on the minorities in this country such as the Christians, Hindus, or Buddhas, but also the minorities within Islam itself, such as the Shias and the Ahmadis

These concerns of ours cut across all borders, all nationalities, and all religions, not only on the persecuted rights of the Rohingyas or the Uighurs, but the idea of the universality of human rights. There cannot be a double standard, that we fought for the rights of some Muslim minorities who were persecuted in a far-away land, but forgot about the persecution of the Muslim minorities at our own backyard.

The worse thing was that the gung-ho attitude of JAIS was supported by the seemingly “moderate” organization like IKRAM Selangor and the MB of Selangor himself. This is an MB from a party that wanted to promote reform but seems to have very little knowledge about human rights. What kind of substantive reform can we expect in this new government when there is no change at all in the mindset of its leaders? They are scared stiff to the authorities of these little Napoleons in the Islamic bodies as if these people are the gatekeepers of heaven and hell.

Hitherto, it is this failure to understand the language of human rights that has kept this country to be among the third-world despite their incessant lobbying to be in the UN Human Rights Council. What is the need to be in such a Council when we are not even the role model in observing basic human rights and failed miserably when it comes to respecting the freedom of conscience which is the core principle of the UDHR?

But of course, perhaps the Minister of Religious Affairs could defuse the tension and put some sense back to those possessed souls of the religious bureaucrats. But tragically, he abdicated his duty as a Religious Minister and passed the ball back to JAIS. What kind of irresponsible and impotent Religious Minister do we have in this new government that promised so much change. We voted them into power thinking that there won’t be a repeat of all these nonsense and that the Islamic bodies would be reined. But our hope for a new and better tomorrow remains just hope. Perhaps it is time to look back at history on how Ali, the fourth rightly-guided Caliph and his family, the ahlul-baitor people of the house of the Prophet, were vilified on every Friday sermon during the time of the Umayyad dynasty’s rule. It was during the reign of Caliph Umar Abdul Aziz, a righteous Caliph of the Umayyad, where he instructed all the imams to stop vilifying Ali and his family and changed it to the verse of the Qur’an from Chapter 16 verse 90: “Surely Allah enjoins justice, kindness, and the doing of good to kith and kin, and forbids all that is shameful, evil, and oppressive”. And until today, after more than a thousand years, imams everywhere would be reciting this verse in the second sermon during Friday prayer. If Mujahid could put a stop to all these vilification of Shias during every Friday sermon, just like Umar Abdul Aziz, he will be remembered for years to come.

What is needed now is an enlightened and principled leadership that understands the language of human rights and work towards the implementation of the ideals. Not a coward leadership that is always beholden to the repressive and abusive religious institutions. There must be some legal entities or instruments that could effectively seek to establish justice and monitor the human rights abuses in this country. Perhaps the abuse of human rights are rampant in every corner of the world but we must stand up high among all others to uphold the human rights values and be a leader especially among the Muslim nations of the world.

This essay was published by FMT [here] and Malay Mail [here].

Dr Ahmad Farouk Musa is the Founder and Director of Islamic Renaissance Front. He is also a Commonwealth Commissioner of the Commonwealth Initiative for Freedom of Religion or Belief.