Preface to the Malay Translation of Islam, Secularism and Liberal Democracy: Toward A Democratic Theory for Muslim Societies

I was pleased to learn that a Malay translation of my book will soon be published. Before readers invest time in reading my book, I would like to provide some background on its history, my motivation in writing it and its limitations. 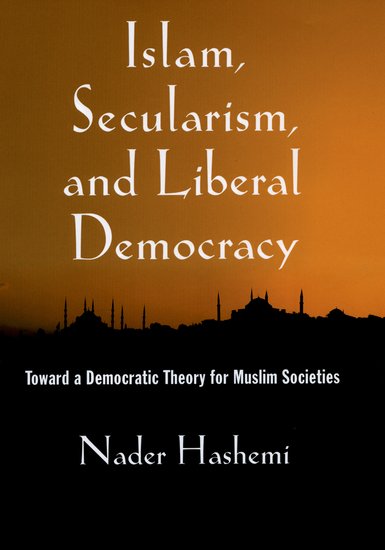 Islam, Secularism and Liberalism Democracy: Toward a Democratic Theory for Muslim Societies had its origins in the doctoral dissertation that I wrote and successfully defended at the University of Toronto in 2005. It underwent some revisions and was first published as a book in 2009, by Oxford University Press. A paperback version was published in 2012 that discussed the book’s thesis in relationship to the Arab Spring revolutions. Arabic and Indonesian translations have already appeared, and there has been interest in translating my book into Turkish, Bosnian and Persian.

I wrote this book for deeply personal reasons. I was born and raised a Muslim in Canada. The Islamic faith and civilization is the core of my identity. The political upheavals of the Muslim world formed the background to my life. Two events stand out that shaped my worldview: the legacy of Western colonialism and imperialism and its connection to the Israel-Palestine conflict, and the 1979 Islamic Revolution of Iran and the rise of Islamist politics. As a result, growing up the relationship between religion and politics was always discussed in my household.

By contrast, Canada, the country of my birth, where I completed all of my education remains a very secular society. Thus, from the moment that I became intellectually mature, there existed a deep tension in my life between my Muslim and Canadian identities. The theme of secularism was central to this tension. It baffled me. I was both repulsed by it and attracted to it. In Canada, secularism was understood in the broader political culture as an emancipatory concept that was intimately associated with notions of human progress, tolerance and democracy. Yet in the context of the Muslim world (and in my own home) secularism meant something entirely different. It was associated with atheism, moral laxity and political authoritarianism. Trying to reconcile and understand this deep tension was my primary motivation in writing about this subject. Malaysian readers should know that this book was not written for a Muslim audience but rather for Western students, academics and intellectuals. There is a long and very dense chapter on the political thought of John Locke that perhaps can be skipped. There is also a long historical chapter on the politics of 16th/17th century Europe where I situate the rise of radical and conservative religious politics in the context of the breakdown of traditional society, and the emergence of modernity. This too can be skipped unless the reader has a specific interest in the topic. The other chapters are more directly relevant to contemporary politics, and thus are more accessible to the general reader.

If I were writing for a Muslim audience, I would have approached the relationship between Islam, liberal democracy and secularism very differently. All of these terms are controversial, and are emotionally charged terms for Muslims. These words and their associated concepts elicit passionate debate in Muslim societies, even more so when they are compared and analyzed in the context of a normative political system that can lead to the creation of a just society. There are also solid internal Islamic arguments that I would have invoked before a Muslim audience to defend democracy and liberalism as concepts that are in keeping with the will of God and the mission of the Prophet Muhammad (PBUH).[1] The term ‘secularism’ is more controversial, which is why for a general Muslim audience I prefer not to use it. It stops conversation on the subject. Nonetheless, it is part of the global lexicon and Muslim students and intellectuals need to engage with and debate the meaning of secularism. I hope my book will contribute to this debate in some meaningful way.

It is not easy being a Muslim in the West today. The year 2016, which roughly corresponds to 1438 in the Islamic calendar, will go down as an especially difficult time. Two sets of political developments have contributed to this state of affairs: the rise of the Islamic State of Iraq and Syria (ISIS), and its resulting contribution to global Islamophobia, and the crushing of the Arab Spring revolutions and subsequent deepening of political authoritarianism. The rise of ISIS has unleashed a tidal wave of Islamophobia not seen since September 11, 2001. The seizure of large parts of Iraq and Syria by this notorious militant movement, replete with the beheadings of foreign hostages, the enslavement and rape of women from minority communities, the mass execution of prisoners – all in the name of Islam, and with the apparent approbation of tens of thousands of Muslims who have flocked to the Middle East to help build a new Caliphate – has reinforced the worst global stereotypes and prejudices about Islam and Muslims. The religion of peace and justice is now associated in the minds of many people with war and injustice.

The second development that has contributed to a general sense of despair and frustration about the future of Muslim societies has been the defeat of the Arab Spring. Five years ago, beginning in Tunisia and spreading eastward, a series of democratic revolts toppled three of the longest serving dictators in the Islamic world, and came close to overthrowing two others. These largely nonviolent protests shook the foundations of political authoritarianism throughout North Africa and the Middle East, while inspiring democratic forces to action around the world. There was widespread optimism at the time that the tide had finally turned, and a new democratic future had opened up for the Arab-Islamic world. But the rollback and crushing of these democratic openings, most notably represented by the military coup in Egypt in July 2013, and the ongoing near genocidal onslaught of Bashar al-Assad against his own people, has been emotionally debilitating, and it has produced a deep sense of despondency amongst Muslim democrats. The old authoritarian and despotic order is back with a vengeance, buttressed by billions of dollars of Saudi and Emirati money, and with the approbation Western powers who mistakenly believe that stability can be purchased at the price of democracy. 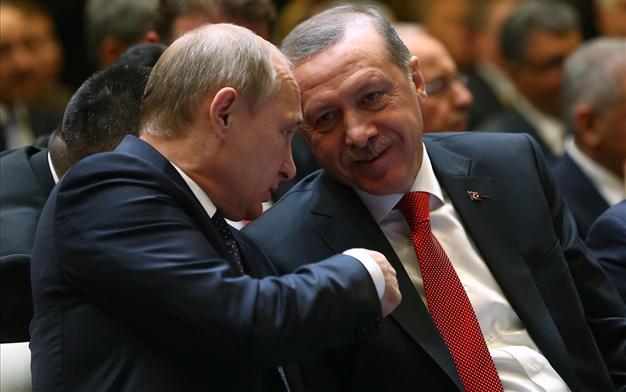 To this picture one can add the ongoing colonization of the West Bank, the recent Israeli attack on Gaza that killed over 2000 Palestinians (including 500 children), the chaos in Libya, Iraq and Yemen, the spread of sectarianism and frequent bombings and massacres of civilians by Boko Haram and the Taliban, and the steady rollback of democracy in Turkey, once an inspiration and a model for its blend of religion and democracy. Today Recep Tayyib Erdoğan is indistinguishable from Vladimir Putin. Tunisia and Indonesia stand alone as bright democratic lights in a sea of authoritarian darkness.

Reflecting on this state of affairs, Khaled Abou El Fadl, describes this current moment as an “Islamic nightmare.” We have reached a point in Islamic history, he observes, where “criminal socio-paths pretend to be the guardians and ministers of the Islamic faith; one in which extremists assume the role of the spokesmen for the religion of moderation; one in which unspeakable acts of shameless ugliness are perpetuated on God’s behalf and in His name; one in which the religion of compassion and mercy has become associated in people’s minds with cruelty and oppression; and one in which many Muslims no longer recall the ethical norms that ought to guide their relationship to God and humanity.” He continues. “Even more, it is a living nightmare in which apologetics passes for rigorous thought, in which the gift of intellect and human reason is declared to be the gateway to the Devil, in which the very idea of beauty and representations of beauty, such as music, are condemned as frivolous and corrupting, and perhaps most important of all, in which, in some parts of the Muslim world, in direct proportion to a person’s rhetoric and ignorance, the greater is his religious authority. We have reached the point that in parts of the Muslim world, the more profound a person’s ignorance about Islamic theology and law, the more expansive his bombastic demagoguery, and even the more ‘Islamically authentic’ his wardrobe and outward appearance, the better the chances are that he will be recognized as a great leader and expert in Islam.”[2]

Both the colonial and postcolonial Muslim condition has left a detrimental legacy that Muslims are still struggling to overcome. Many self-serving Muslim political leaders exploit this memory to obtain power. Ideologically, Abou El Fadl argues, Muslims have become obsessed with trying to remedy a collective sense of powerlessness and political defeat by “engaging in highly symbolic sensationalistic acts of power symbolism.” This has produced a “doctrinal dynamic …of the theology of power in modern Islam.” The net result of this development is that “the normative imperatives and intellectual subtleties of the Islamic moral tradition have not been treated with the analytical and critical rigor that the Islamic tradition rightly deserves but are rendered subservient to political expedience and symbolic displays of power.” Defining a religious identity against the West becomes the primary goal. “Instead of Islam being a moral vision given to humanity,” Abou El Fadl observes, “it becomes constructed into a nationalistic cause that is often the antithesis of the West.” Muslims who work within this moral and intellectual paradigm are more anti-Western than they are pro-Islamic, he contends.[3] The challenge for Muslims today is to break out of this paradigm. We need to think critically, introspectively and most importantly – ethically – about the many problems facing our societies in a rapidly changing world. Let me end this preface by sharing with my Malaysian readers two quotes that have profoundly shaped my own understanding of how to visualize and promote change within the Muslim world. Nearly twenty-five years ago, Abdullahi An-Na’im observed that:

To seek secular answers [to the Muslim condition] is simply to abandon the field to the fundamentalists, who will succeed in carrying the vast majority of the population with them by citing religious authority for their policies and theories. Intelligent and enlightened Muslims are therefore best advised to remain within the religious framework and endeavor to achieve the reforms that would make Islam a viable ideology.[4]

One must make an effort to understand the past, understand it with compassion, sympathy and criticism. The reason I am stressing that is that many of us, Arab and Muslim intellectuals, know more about the West, more about modern history, more about the ideas of the Enlightenment than we do about our own [history and culture]. No significant change occurs unless the new form is congruent with the old. It is only when a transplant is congenial to a soil that it works. Therefore, it is very important to know the transplant as well as the native soil.

There is a great deal in our civilization, which has been old, very creative, very humane in many areas and also with many weaknesses, with many problems. [It is necessary] for us to understand our own first and then develop change in an organic relationship to the inherited civilization. We have to visualize change in that way, otherwise it won’t work.[5]

Finally, a word of thanks to the Islamic Renaissance Front for translating my book. I feel a deep kinship and connection with their work, especially their interpretation of Islam and their general diagnosis of the Muslim condition. It reminds me of the Islamic reformist efforts of the late Jamal Eddin Al-Afghani and Muhammad Abduh. I hope the time and effort that they have invested in this book project will contribute in some small way to the struggle for democracy in Malaysia.

[1] For readers interested in my approach, I strongly recommend Khaled Abou El Fadl, Islam and the Challenge of Democracy, edited by Joshua Cohen and Deborah Chasman (Princeton University Press, 2004).