Sectarianism In The Muslim World In The 21st Century 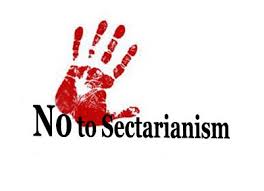 There is no single universally endorsed definition of Sectarianism. But there is a certain understanding of the term, which has gained widespread acceptance. Sectarianism refers to differences between sub-divisions within a larger group, often accompanied by feelings of bigotry and hatred, rooted in discrimination that sometimes leads to open friction and physical conflict.

Differences between sub-divisions within the Muslim world (the Ummah) have always existed, in fact from the very dawn of the Ummah. These differences were never solely about theological or cultural issues. It was a conflict over power and authority immediately after the Prophet Muhammad’s death in 632 that evolved into a Sunni-Shia confrontation that climaxed in the terrible tragedy of Karbala in 680. Power and authority and control over wealth and resources have been at the base of much of the sectarianism in the Muslim world in the past. This is also true of the 21st century. The bloody conflicts in Iraq, Syria and Yemen bear testimony to this. As do the conflicts in Bahrain and Lebanon. Even in Pakistan issues of power and authority cannot be divorced from theology in Sunni-Shia conflicts. However, because of the vested interests involved, the power or resource dimension of a conflict is almost always hidden from public scrutiny by both the elites and the media. What are highlighted are the theological aspects. Thus, in the case of the five year old Syrian conflict most people are not even aware that Syrian government opposition to a proposed gas pipeline from Qatar through Turkey and Syria and onto Europe which would have potentially reduced Europe’s dependence upon Russian gas is one of the reasons why there is such determination on the part of regional and Western actors to oust Bashar Al- Assad. What is dramatized instead is the so-called Shia (Alawite) oppression of the Sunni majority in Syria.

It is not just in relation to the Sunni-Shia chaos. Ethnic and /or nationalist rhetoric is also sometimes employed to conceal and camouflage the real situation. For instance, instead of dealing with the actual reasons that contributed towards the killing of 2,297 pilgrims in the 2015 haj stampede – 464 of whom were Iranians – a leading Saudi cleric has contemptuously described Iranians “as the children of Magi” alluding to their pre-Islamic identity. This is part of a larger attempt to make Arabs suspicious of Persians. Indeed, the targeting of Persians by the Saudi elite has been going on since the Iranian Islamic Revolution of 1979. It is significant that before the Revolution the Saudi elite had no problem with either the Persian character of the Iranian monarchy or its version of Islam. The elites in both countries were on excellent terms, underscoring yet again that it is vested interests allied to power and not ethnicity or religion that explain the sectarian stances of various Muslim leaders. If the interface between power and theology is a recurring theme in the sectarianism that has riddled the Muslim world for so long, is there anything that makes 21st century or contemporary sectarianism any different from its previous embodiments? For one thing, it is more widespread. But that is not what makes it unique. It is the active and direct involvement of actors external to the Ummah, which makes it different. Starting with the diabolical game of some Western powers of pitting Arabs against the Turks in the Ottoman Empire, which contributed to its eventual collapse in 1920, this fuelling of sectarian sentiments has continued right up to the 21st century. Witness the role of US, British and French intelligence services and of course their media in Iraq, Syria, Yemen, Bahrain and Lebanon as they go all out to project the turmoil in these states as a Sunni-Shia conflict without making any attempt to bring to the fore its underlying causes. There is no need to emphasise that it is in their interest to paint the tragedies unfolding in these states as sectarian wars. This is why there is even talk in some circles of dividing states like Iraq and Syria along sectarian lines. When states are divided it makes it easier for external powers to control and dominate the region, which has always been their goal. There is a state in the region itself, in West Asia and North Africa (WANA) that is also pushing for such an agenda. This is Israel. For Israel its security is guaranteed when it is surrounded by weak, divided and powerless entities. This has been its strategic calculation vis-à-vis Lebanon for decades. This is why it also sought through its protectors, the US and Britain, to dismantle the Iraqi armed forces after the Anglo-American invasion and occupation of Iraq in 2003 since it knew that it is the armed forces that had all along preserved the unity of the Iraqi state. This is also its aim in Syria today where it hopes the armed forces representing the different religious tendencies in Syria will be defeated thus paving the way for the disintegration of the state along sectarian lines. Is it any wonder then that the Israeli media is full of stories of sectarianism in the Muslim world?

Faced with these challenges from within and without, how have Muslim governments chosen to address the question of sectarianism? Of their responses, the one which is noteworthy is the AMMAN Message initiated by the King of Jordan and endorsed by almost all heads of state and government in the Muslim World, apart from a respectable array of Islamic scholars. The Message not only articulates the principles and practices that all Muslims, regardless of their doctrinal school or sect, subscribe to but also pleads for mutual respect and a sincere commitment to the wellbeing of the entire Ummah and indeed the human family. Unfortunately, very little has been done by Muslims everywhere to give meaning and substance to the Message.

It is obvious why the AMMAN Message was not translated into reality. The vested interests that thrive on sectarianism within and without the Ummah are overwhelmingly powerful. They are deeply entrenched in the structures of power at the regional and global level.

But their power is eroding. In WANA, Tel Aviv and Riyadh, the two actors who are determined to pursue their sectarian politics to advance their agendas, have been forced to concede ground in recent months. The implementation of the Iran nuclear deal is a case in point. At the global level, the US has not been able to impose its proposed trade pacts upon Asia or Europe. In Asia in particular, it has had to come to terms with China’s growing economic clout. Similarly, US military power has discovered its limits. In WANA, in Ukraine, and in the South China Sea, for a variety of reasons, it has not been able to throw its weight around. 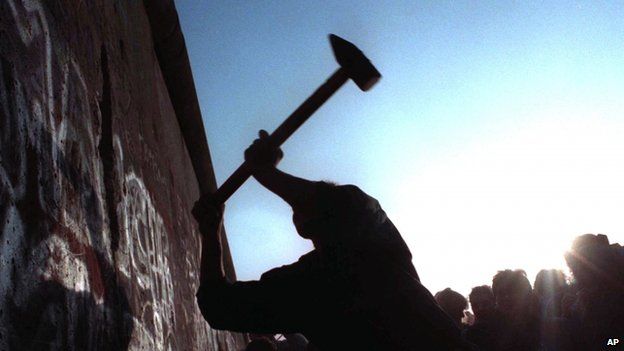 The decline of US global power means that its proxies and agents who have exploited the politics of sectarianism for so long will have no protector any more. Of course this does not mean that sectarianism will disappear from the Muslim world. Muslims will still have to harness their resources from within to immunise themselves from the bigotry and exclusiveness that have influenced a segment of the Ummah in recent decades. Nonetheless, the impact of external actors would have diminished – for the wellbeing of the Ummah.

Dr Chandra Muzaffar is the President of the International Movement for a Just World (JUST). This paper was presented at the Second International Seminar on Islam Without Sectarianism organised by the Islamic Renaissance Front (IRF) at the Concorde V, Concorde Hotel, Kuala Lumpur, on 10th September 2016.