SYRIA : THE PRICE OF RESISTANCE 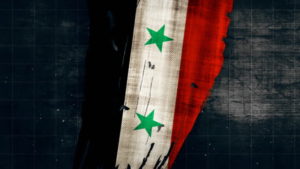 Few nations in recent decades have been targeted by a superpower the way the United States of America has subjected Syria to various forms of attack. Apart from military assaults and acts of political subversion aimed at overthrowing the government in Damascus, the US has also imposed crippling economic sanctions upon Syria, sometimes regarded as the crucible of human civilisation. These sanctions which intensified in the last few years have impacted adversely upon a huge segment of the population. They culminated in the Caesar Act of 2020 which prohibits any country or entity from engaging in any economic activity with any firm or institution in Syria. For transgressing the Act, the violating party can also be subjected to punitive action by the US.

The wide-ranging sanctions would be one of the primary causes of the humanitarian crisis confronting the Syrian people today. Many of them are in dire need of the essentials of life. Making ends meet has become a major challenge for even the middle-class. It must be emphasised that before the mainly orchestrated unrest beginning in 2011, the government was able to provide for the basic needs of the population and managed one of the best-run health services in West Asia and North Africa (WANA) that provided free medical care to the poor and marginalised.

Yet the mainstream Western media which is echoed by the media in most parts of the world has created the erroneous impression that the humanitarian crisis in Syria is due entirely to the mismanagement and corruption of the Bashar Assad government. While there are acts of omission and commission for which the government should be held responsible, they pale into insignificance compared to the intervention and manipulation by the US elite, Israel and their allies, such as Britain and France and those in WANA. The unjust imposition of sanctions aside, these actors from the West and WANA are also guilty of engineering a sectarian war between the Sunni majority and the Shia minority which failed miserably and of sponsoring terrorist groups such as ISIS that caused death and destruction on a massive scale between 2011 and 2017. These organised and well-funded terrorist groups were defeated by the cohesive strength of the Bashar government and its security forces buttressed by the determined support provided by the Hezbollah, Iran and Russia. On top of all this, Syria’s economy has also been robbed of millions of dollars by the systematic US theft of its oil in the north east of the country which is under opposition control. The truth about this theft, or about how sanctions, war and terrorism have contributed to the immense suffering of the Syrian people and the current humanitarian crisis has not been highlighted in the media but it is a reality that the Syrians a are painfully aware of. 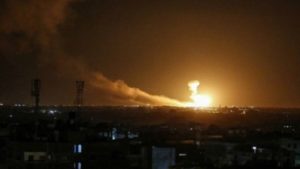 The media has also distorted the first bombing of the Biden administration on 25th February 2021 against a militia in Syria allegedly backed by Iran. Most newspapers and television networks claimed that the bombing was in retaliation to a February 15th rocket attack in northern Iraq by that Syrian militia which killed a contractor working with the US military. Since the US bombing took place on Syrian territory, the Syrian government rightly condemned it as a violation of its territorial integrity. China and Russia also condemned it from the perspective of national sovereignty. The western media as a whole side-stepped the sovereignty issue and instead presented the US bombing as a response to Syrian-Iranian aggression. Both Syria and Iran denied any involvement in the February 15 rocket attack arguing that they sought a period of calm to encourage as it were the Biden administration to restore the earlier nuclear deal with Iran which president Trump had unilaterally aborted.

But the Western media’s agenda against Syria is so heavily skewed that it will not entertain any other interpretation of the US’s military action. The power of this biased agenda became even more blatant recently when the media ignored completely a huge scandal involving the Organisation for the Prohibition of Chemical Weapons’ (OPCW) investigation into the alleged chemical attack in Douma, Syria in 2018. When the OPCW published its final report in March 2019, some OPCW inspectors involved in the actual investigation raised fundamental and substantive questions about the report’s conclusions. These questions cast doubt about the claims of Western governments and the Western media of Syrian government involvement in the chemical attack. The inspectors wanted their views heard by the OPCW management which refused to grant them a hearing. Instead it chose to publicly condemn the inspectors for speaking out.

It is because of the unbecoming conduct of the OPCW leadership that five of its former inspectors and the first Director-General of the OPCW Jose Bustani decided to express their deep concern in a public statement recently. The statement has also been endorsed by outstanding public figures such as Daniel Ellsberg, Noam Chomsky, Richard Falk and John Avery Scales. It is telling that the statement has received so little attention from the media. 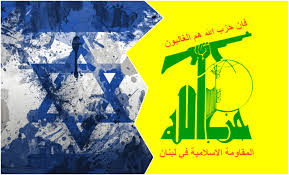 If news that is favourable to Syria within the context of the geopolitics of WANA is blocked out of the media, it is because those who dominate the region want it that way. The US, Israel and their allies do not want the truth about the interplay of politics and power in WANA to be known to the people. It is because Syria which is linked to Hezbollah and Iran has been consistent in opposing the hegemonic power of the US, Israel and their allies in WANA that it has had to pay such a high price. It is a price that the triumvirate of resistance is prepared to pay because it cherishes the independence and integrity of the citizens of WANA and the people of the world.