The Significance of the Massacre of Karbala

The slaying of Imam Husain along with dozens of his family members and followers at Karbala on 10 Muharram, 61 A.H. (Ashura) is an event that has the greatest of significance for humanity for several reasons. Here, I would like to highlight the connection between the massacre of Karbala with the problem of leadership in the Muslim world today

In the hierarchy of factors that explain the relative underdevelopment and backwardness of many Muslim and other Third World societies, leadership occupies the top position. What is it that we need to say to our leaders? What are the lessons from our history that we can draw and use to advise our leaders? One of the first questions that we must ask of our leaders is whether they have the ideals of excellence that deter- mine the value required for just rule.

The values of leadership required for just Islamic rule, in fact, can be understood and derived from many of the great personalities of Islam, including the Prophet Muhammad himself. In this article, however, we focus on the struggle and heroism of the Prophet’s grandson, Imam Husain.

The Ideal of Excellence
The late Syed Hussein Alatas had discussed the concept of the ideal of excellence in a lecture at a workshop in Singapore in 1978. The ideal of excellence was defined as “the conception of a decent, just and dignified life”. It is in contrast to “misery, backwardness, exploitation, ignorance, and disrespect for the dignity of the human individual”.1 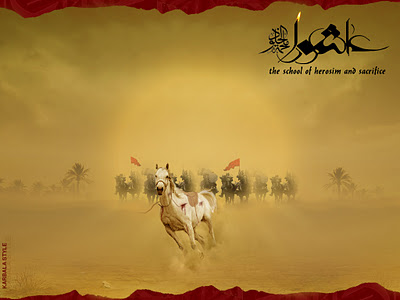 This problem was discussed in a number of his works including Kita dengan Islam2 and Cita Sempurna Warisan Sejarah3 . In Cita Sempurna four types of leadership based on the ideals of excellence are discussed. The characteristics of these types of leadership are derived from historical personalities such as Sayyidina Ali karramallah wajhhu, Khalifah Umar ibn Abd al-Aziz and Sultan Salah al-Din Ayyubi.

Sayyidina Ali bin Ibn Abu Talib is an example of a leader guided by the ideal of excellence. His life was an example for others to follow. Leaders such as Sayyidina Ali display various traits that are crucial for just rule. In their personal lives, they never accumulated wealth, abused power, oppressed the weak or acted arbitrarily. Their actions were informed by the ideal of excellence and the form of their rule was republican, guided by the Qur`an6. 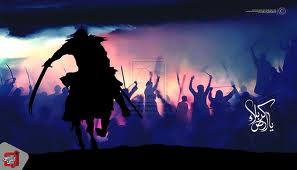 When Yazid became the caliph upon the death of his father, Muawiyah bin Abu Sufyan, the inhabitants of Syria gave their oath of allegiance to him. But, among the inhabitants of Medina who refused to do so were Imam Husain. Upon being promised support by the people of Kufah and their request for the Imam to join them, he set out for Kufah on 10 Zul Hijjah 60 A.H. with members of his family and followers. While on the way to Kufah,  he received news that the people of Kufah had withdrawn their support for him, due to pressure exerted by Yazid. Meanwhile, the governor of Kufah, Ubaydillah ibn Ziyad, with instructions from Yazid, sent a force of four thousand men under Umar ibn Sa’ad to intercept and move against the Imam at Karbala.

The sequence of events that make up the massacre itself is well-known. Imam Husain and a small number of his family members and followers of about 72 loyal men faced an army of a few thousand men and were simply eliminated one by one in a cruel fashion. When it came to his turn to fight, the Imam first appealed to the other side to allow his six-month-old baby, dying from thirst, to drink some water. His appeal, however, was met with a deadly poisoned arrow that struck the baby’s neck. Finally, Imam Husain himself fought and gave his life in the fashion of a true martyr. The army of Yazid, having killed him, cut off his head and raised it on a lance7.

A Conflict of Values
The conflict between Iman Husain and Yazid was an historical manifestation of the conflict between two value systems, the one based on the ideal of excellence and the other on the ideal of destruction, with Yazid exemplifying the latter.  It was impossible for the Imam to give the oath  of allegiance to Yazid, an immoral man who had blatantly violated the teachings of Islam and of  all religions. Ibn Kathir had said of Yazid that he  was often found drunk, was given to a decadent lifestyle, and was also implicated in murders8. According to Al-Suyuthi, Yazid was responsible for the Harrah incident in which several companions of the Prophet and their children were killed9. For all these reasons it was impossible for Imam Husain to give the oath of allegiance to a man like Yazid. Had Husain done so, it would be said till today that the grandson of the Prophet caved in and pledged allegiance to a corrupt man. 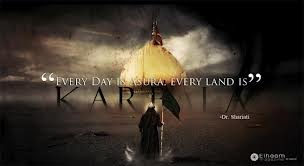 The massacre of Karbala is an event that Muslims cannot be neutral about. We are either on the side of universal moral values and align ourselves with Husain and his cause or we take a position that  is not only contrary to the teachings of Islam but all the great religions and humanistic ideologies. Our position with regard to Ashura should have nothing to do with the jurisprudential school of thought that we belong to or the political philosophy that we subscribe to. Both Sunnis and Shias ought to be united with regard to the position taken regarding Ashura. There may be differences over how to commemorate Ashura, but this is a secondary issue.

It should also be pointed out that what is significant about Ashura is not that Imam Husain was from the ahl al-bayt but that he sacrificed his life for a noble cause. His sacrifice and martyrdom would have been of no lesser importance had he been from any other family.

Finally, if we are to make productive use of the history of Ashura, of the shocking and deplorable actions of those who claim to be Muslims, we should relate them to our present context. We should ask Muslim politicians and other leaders to seriously think about their ideals of excellence and decide if they wish to emulate Imam Husain or the likes of Yazid.

“Imam Husain uprooted despotism forever till the Day of Resurrection. He watered the dry garden of freedom with the surging wave of his blood, and indeed he awakened the sleeping Muslim nation. Husain weltered in blood and dust for the sake of truth. Verily he, therefore, became the foundation of the Muslim creed; La ilaha illallah – There is no god but Allah.” — Sir Muhammad Iqbal

Prof Syed Farid Alatas is former Head of Department of Malay Studies, National University of Singapore, where he continues to teach. The essay was first published in al-Itrah, January 2011.