Tunisian Coup: What we can learn from history 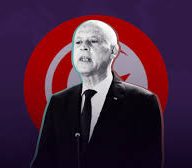 Tunisian President Kais Saied (Su’ajjed) dissolved parliament on July 25th, removing the prime minister temporarily by decree. Encouraged by military and security officials, Sayed also lifted parliamentary immunity for democratically elected lawmakers, threatening to subject allegedly corrupt lawmakers to the letter of the law “despite their wealth and positions.” A day later, on July 26th, the president went a step further and introduced a curfew for a period of 30 days. Those better acquainted with the situation in Tunisia believe that this kind of demonstration of force by the President of the Republic represents the most serious challenge for Tunisia’s young democracy to date, much more serious than the 2013 protests that almost derailed Tunisia’s transition from dictatorship to political pluralism and democracy.

Tunisia is considered the only true modern Arab parliamentary democracy, so the latest crisis in this easternmost Arab Maghreb country is a blow to the democracy project in general in the Arab world and its future prospects, and a particular disappointment to the moderate Islamic-oriented democratic movements engendered by the Arab awakening that started from Tunisia in 2011, later straddling a wide area of North Africa and the Levant, all the way to the south of the Arabian Peninsula in Yemen. Whether Tunisia will remain the only Arab democracy or fail the test as a victim of an anti-democratic reactionary intervention that some political scientists call a “self-coup” or a temporary takeover, will depend on how the domestic and international public will react to the latest political saga in Tunisia.

Every time a coup takes place the likely outcome of which seem to be to the detriment of those democratic forces that are not closely associated with leading Western powers or are a thorn in the side of regional autocracies, many analysts and ‘academic acrobats’ leave the stone unturned to find such terminology to devalue or minimize the danger such a coup may represent for a democratic processes and society as a whole. Despite the transition from dictatorship to democracy, following the adoption of a new constitution reflecting progressive secular ideas and values that was reached by broad consensus, Tunisia has been hit hard by the deep economic crisis, widespread corruption and growing dissatisfaction of ordinary citizens with poor political party performance and with the entire ruling establishment.

Deep economic crisis and people’s dissatisfaction with the political situation in the country gave impetus to the political rise of President Kais Saied to the helm of the country. Saied, a professor of constitutional law, was a political outsider, but he convincingly won the 2019 presidential election being perceived as a ray of hope and an independent force who will be able to reign in dysfunctional political parties squabbling for power in perpetuity while the country was sinking deeper and deeper into the abyss. Despite his popularity among the masses, Tunisia’s 2014 constitution limited the constitutional powers of the newly elected president, establishing a semi-presidential system in which President Saied shared power with the prime minister who draws his legitimacy from the democratically elected parliament that elects him.

Analysts believe that this duality of power, both a diluted and a divided system, has paralyzed political processes in Tunisia and further led to its stagnation. The system of government established in this way has caused a situation in which President Saied, Prime Minister Hisham Meshishi, and Parliament Speaker Rachid Ghannouchi have seriously clashed over their powers on several occasions in recent years. Allegedly, these divisions also produced a paralysis of state institutions, which had detrimental effects on strategies as to how to resolve the crisis caused by the corona virus pandemic, which further worsened the economic and political situation in Tunisia.

In this situation, there are sizable segments of the population who believe in the justification of the power illegally acquired by the President of the Republic at the expense of the Prime Minister and the Speaker of Parliament, hoping that greater presidential powers could help unblock political institutions, but these are not in any way in majority.For the president, the limitations of authority in the 2014 constitution are an obstacle to making some important decisions that are necessary for the country to emerge from the crisis and to effectively fight the endemic corruption that has widely spread in the recent decade. However, in a serious democratic system, constitutional reforms are negotiated within the political system in order to reach the best solutions.

In Turkey, for example, which has been subject to systematic criticism for authoritarianism, the entire system was transformed from parliamentary to presidential, but it was done through democratic processes and with the approval of citizens who voted in the referendum no matter how much some may view it as flawed. However, instead of negotiating a constitutional revision within the system and elected officials, the Tunisian president opted for usurpation of power usually akin to that of an absolute monarch or a South American dictator.

David Hearst, editor of Middle East Eye (MEE), a leading and highly influential media portal covering the political situation in the Middle East, wrote about this very explicitly. Hearst, after announcing the possibility of an impending coup in Tunisia in May, was accused of “spreading political fantasies projected in the circles of his Islamist friends”. However, Hearst claims that his sources were from secular circles within the Tunisian presidency rather than from Islamist sources. Since 2011, when a wave of Arab protests against autocratic rule, later called the Arab Spring, swept through much of the Arab world, Tunisia has been going through frequent crises, although the country has avoided armed conflict like those in Syria and Libya.

In addition to numerous difficulties, Tunisia managed to maintain peace and a kind of compromise between the dominant and moderate Islamists gathered around post-Islamist Ennahda party and secular political parties. Tunisia is considered a bastion of moderate Muslim democracy, primarily thanks to the political pragmatism of Rashid Ghannouchi, the leader of Ennahda and the current speaker of parliament whose work the president of Tunisia has just suspended.

Ghannnouchi immediately declared the president’s move a coup. The political crisis in Tunisia is symbolically significant, as it is the only Arab democracy to have survived the Arab Spring and managed to consolidate democracy thanks to the willingness of majority Islamists to compromise with secularists, despite the Islamists’ plurality and political victory at the ballot box and hence their democratic legitimacy. The latest soft coup in Tunisia, according to a document published by MEE, was carefully prepared by the president’s advisers, and according to that plan, Hisham Meshi and Parliament Speaker Rashid Ghannouchi were to be removed, and General Khalid Yahyavi was to be appointed Minister of Security.

That was precisely what happened last Monday. The newly appointed minister, a general, has the task of carrying out a purge of politicians and journalists. The fact that President Saied appointed himself Attorney General also testifies to the fact that this is a coup d’etat. Of course, the president justifies this with the alarming situation caused by the coronavirus pandemic, although at the time the coup was being prepared, the situation regarding the pandemic was not as alarming as it is today and is used as an excuse for a violent takeover. President Sayed’s allies justify his moves by calling them constitutional but also historically significant for Tunisia, stating that the president should have withdrawn them much earlier.

According to the Tunisian constitution, the president has the right to resort to emergency measures in exceptional situations but must consult with the prime minister and president of the parliament and the mentioned measures do not provide for the suspension of the parliament, which should sit continuously in such a situation.

What President Saied did was to dissolve the parliament and prevent his deputies from working. The president has also prevented parliament from electing members of the Supreme Court, which is virtually non-existent, even though parliament elects only four of its members. The most famous Tunisian expert in constitutional law, Ayad bin Ashur, who played a leading role in the preparation of the constitution during the process of Tunisia’s transition from dictatorship to democracy in the past decade, also confirmed that it was a coup d’etat. They are secularists and not Islamists, so that eliminates any thought that these are unfounded accusations of dissatisfied Islamists against the executive of Tunisia.

The same was confirmed by the president of the election commission, Nabil Bafun, who stated that he was shocked by the latest events. Many results were achieved through hard work and thanks to the compromise after the overthrow of Ben Ali’s dictatorship in 2011, a few moves by the President of the Republic fell into the water. All democratically oriented forces in Tunisia, both Islamists and secular-oriented democrats, are simply outraged by the moves of the president of the republic. The order that the Tunisians had been building for a decade after their revolution has now been overthrown. President Muhammad Morsi was overthrown in a similar way in Egypt in 2013, and a similar plan was drafted to overthrow Turkish President Recep Tayyip Erdogan in 2016.

Tunisian President Saied did not have a political party behind him when he ran for the highest office in the country. He was elected mostly thanks to Rashid Ghannouchi, who, as the leader of the most powerful and most popular Islamic-oriented Ennahda party, decided on a political compromise and did not run for president, a trait never seen before in the Arab world. Apparently instructed by Morsi’s experience in Egypt, Rashid Ghannouchi, although the most popular and an iconic figure due to his Gandhian struggle for freedom and democracy and one of the greatest victims of totalitarian rule, sacrificed his own political party’s prestige and his own in order to save the country from not sliding into the chaos and bloodshed. Had he acted differently, Tunisia would likely have embarked on a path of violence, as did Libya and Syria, or his Islamic Ennahda party would be overthrown by violent methods with outside support. Instead, Ghannouchi opted for a political compromise.

Unlike Ghannouchi, President Saied has a different profile of politician, and some of his students believe that he has serious reservations about democracy and prefers the rule of a firm hand, which he practically demonstrated. Saied is apparently an apologist when it comes to a critical attitude towards the colonial French administration in Tunisia. His statements are known about how the French have nothing to apologize to the people of Tunisia, and that “Tunisia was under French protection and not colonial rule”, although brutality is known, the number of women killed and raped in Tunisia by the French colonial authorities. There is no doubt that such statements require a great deal of arrogance and ruthlessness, and an ignorant attitude towards the history of one’s own country’s history. Such statements may well indicate where he may have drawn support for the usurpation of power.

To allow such a leader to usurp power, for the people of Tunisia would be trampling on their own pride and honor. The latest coup in Tunisia once again confirms that the actions that the Tunisians see as the generosity, compromise and wisdom of the Islamists to whom the people have given democratic legitimacy, means nothing to the usurpers of power. By giving their democratic people’s mandate to the puppets of a deep state still ruled by former colonial rulers, Tunisian Islamists are working to their own detriment and therefore may not deserve the power entrusted to them by the people.

Osman Softić is a Senior Research Fellow at the Islamic Renaissance Front. He holds a BA degree in Islamic Studies from the Faculty of Islamic Studies of the University of Sarajevo and has a Master degree in International Relations from the University of New South Wales (UNSW). He contributed commentaries on Middle Eastern and Islamic Affairs for the web portal Al Jazeera Balkans, Online Opinion, Engage and Open Democracy. Osman holds dual Bosnian and Australian citizenship.