What can the Muslim world do to save the Uighurs and Islam in China? 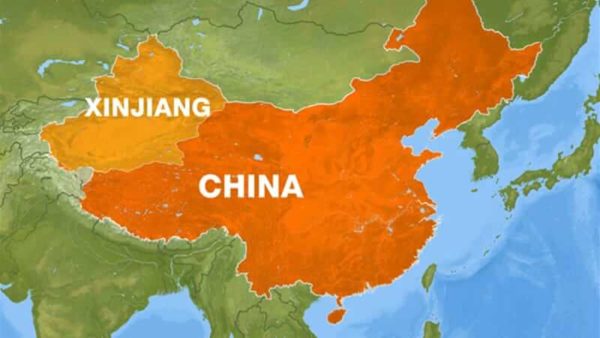 Between Aug. 16 and Aug. 25, I was in the Xinjiang Uighur Autonomous Region in China. Invited by the State Council Information Office of China and Xinjiang, I was part of a group of journalists who were sent to visit three major cities: Urumqi, Aksu, and Kashgar. Our visit, which was covered by the Chinese authorities, was stage-managed by Xinjiang authorities who wanted to convince us that things are fine in Xinjiang.

I arrived in Urumqi on Aug. 16. From Aug. 17 to Aug. 19, we attended several lectures by Communist Party officials regarding the history, religion and human rights practices in Xinjiang. In these sessions, Chinese officials like Xu Guixiang and Ma Pinyan delivered the white paper on Xinjiang, issued by the Chinese government.

In these lectures we were told that the Uighurs and other Turkic Muslims were migrants in this region, Islam was forcefully imposed by the Arabs and Turks, and Xinjiang has always been part of China. During our stay, we visited the Museum of Xinjiang Uighur Autonomous Region in Urumqi, the Aksu Museum and the Kashgar Museum. In these museums, the Chinese government is delivering the same message from the white paper: Xinjiang has historically been Chinese, the Uighurs and other Turkic Muslims are migrants, Islam is a foreign religion and it was imposed by force on the Uighurs.

On top of that, the Chinese were showing to the visitors that Islam was causing much trouble in Xinjiang since it was a source of extremism and terrorism. To fight that, the government of China had built some “Vocational Education and Training Centers” where the extremists were being deradicalized.

On Aug. 20, our hosts sent us to the city of Aksu to visit the Onsu County Vocational Skills Training Center. Here we were supposed to meet the “extremists and terrorists” whom China was “deradicalizing.”

However, when we interviewed the “students” of these “Vocational Training Centers” we found that they were not students but prisoners and they were not terrorists but Muslim believers who were forced to renounce their faith under duress.

Their crimes were practicing Islam, praying to Allah, watching Muslim televangelist videos on the internet, reading the Holy Quran or articles about Islam, writing about Islam, reading Uighur history, wearing hijabs, consuming halal food, burying their dead or marrying according to Islam and preaching Islam to their relatives.

The interviews which I have recorded and uploaded on my YouTube channel prove that the so-called “Vocational Training Centers” are not schools but mass detention centers. These centers are used to mass brainwash the Turkic Muslims of China, be them Uighur, Kazakh, Kirghiz, Uzbek, Tatar, etc, and force them to renounce Islam and their Turkic identity and become Han Chinese.

The claims in vain 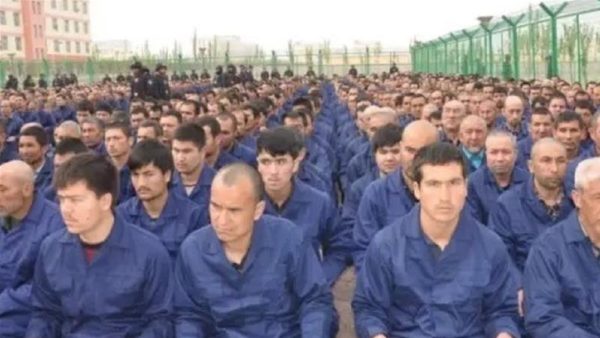 Even though China claims that it is fighting “three evils” in Xinjiang, ethnic separatism, terrorism, and religious extremism, in fact, it is fighting the Islamic identity of the Uighurs which makes them a different nation from Han Chinese.

China is fighting against the diversity which in Xinjiang is represented by Islam. It wants to destroy any sign of Islam and totally Sinicize the province, which is a major power hub in China’s One Road, One Belt project.

The Chinese Muslims of Xinjiang, who do not present a separatist threat for China, are also suffering similar problems like the Uighurs. Under the excuse of fighting extremism, the Chinese authorities have declared Islam an extremist religion and do not want a Muslim presence to stand in the center of their Silk Road project which stretches from Beijing into Asia, Africa, and Europe.

The Chinese have banned the preaching and practice of Islam in Xinjiang and all state institutions have been ordered to fight any sign of religious practice (“The Xinjiang Regulation on De-extremification,” Chapter IV, Article 18).

China is treating Xinjiang as an occupied territory and its native Turkic inhabitants are considered as enemies who must be assimilated or destroyed. Xinjiang authorities are destroying mosques, graveyards and ancient Islamic buildings, and any sign of Islamic civilization that exists.

As Ma Pinyan told us during the lectures in Urumqi, the Chinese government wants to Sinicize Islam. It does not want to see any Arabic or Turkic signs among its Muslims. It does not want them to pray every day, to reject alcohol or women to wear headscarves or marry according to the Quran. 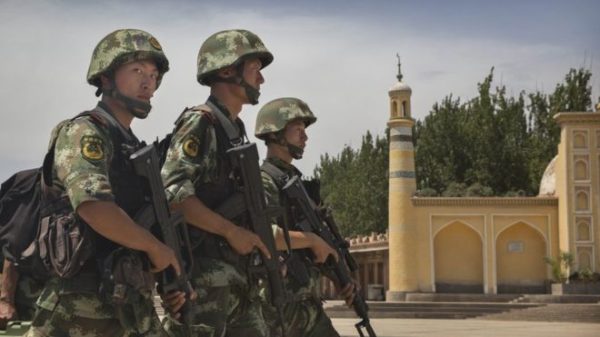 The Sinicization of Islam is legally ordered in “The Xinjiang Regulation on De-extremification,” (Article 4) and the practice of Islam is totally outlawed (“Regulation on De-extremification,” Chapter II, Article 9). Group reading of the Quran, teaching Islam to children, speaking about Islam, having or reading Islamic literature, wearing religious clothing, watching religious shows or advocating Islam in any sense is a crime that is punishable with imprisonment or a long and painful “re-education” in “The Vocational Training Centers.”

The bans on practice

Chinese authorities have prohibited the existence of minarets, the azan (call to prayer), mosques with domes and when a new mosque is ever built it must be shaped in Chinese architecture since the teleological narrative of the Chinese government claims that Islam needs to be Sinicized, and it should not have any Arabic or Turkic symbols.

To force the Sinicization of Islam, Xinjiang authorities sponsor the Islamic Institute of Xinjiang where selected imams are taught a restricted Chinese version of Islam. The campaign of terror against the Muslim population has created a climate of fear. We saw fear in the eyes of all the Muslims that we managed to meet.

The Chinese government has been mass colonizing Xinjiang with Chinese colonists since the 1950s. The Chinese, who in the 1950s counted for 5% to 9% of the population in 2010 count for 40%. The colonization is continuing very aggressively nowadays and it aims to turn the Muslims into a minority.

The Uighurs who are not being arrested and sent to concentration camps (“Vocational Training Centers”) or prisons are forced to take into their homes Chinese colonists who live and sleep in the same house with Muslim families. Many Uighur Muslim women are forced to marry Chinese men. Many Muslims are not allowed to fast during Ramadan.

Muslim restaurants are forbidden to refuse to sell alcohol. The Uighurs who show the slightest sign of Islam are separated from their families have their children taken away and raised by the Chinese. The reign of fear, religious persecution and ethnic assimilation that China is doing in East Turkistan amounts to cultural genocide.

However, while the world is witnessing the mass persecution of Turkic Muslims of China the Muslim world is ignoring it. To the shame of the Muslim world on July 8, 2019, some 22 non-Muslim states signed a letter addressed to the president of the U.N. Human Rights Council and the U.N. High Commissioner for Human Rights calling on China to end its massive detention program in Xinjiang. 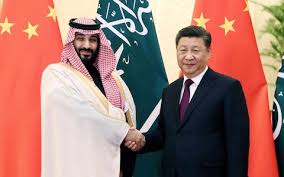 While the Muslim majority states were absent from joining this letter, some 20 Muslim states joined a list of 37 countries in support of China for what it is doing in Xinjiang.

In the letter prepared by the Chinese, it was written: “We appreciate China’s commitment to openness and transparency. China has invited several diplomats, international organizations officials and journalists to Xinjiang to witness the progress of the human rights cause and the outcomes of counterterrorism and deradicalization there. What they saw and heard in Xinjiang completely contradicted what was reported in the media. We call on relevant countries to refrain from employing unfounded charges against China based on unconfirmed information before they visit Xinjiang…”

After coming back from Xinjiang, as a Muslim scholar and journalist that I am, I would like to tell the Muslim world that the “outcomes of counterterrorism and deradicalization” measures that China is doing in Xinjiang have been the total prohibition of Islam and mass persecution of Muslims.

China invited me like it has invited “several diplomats, international organizations officials and journalists to Xinjiang to witness the progress of the human rights cause and the outcomes of counterterrorism and deradicalization there.” However, my findings prove that China is persecuting the Uighurs only because they believe in Islam and are Muslims.

Through this open letter, I would like to appeal to all the Muslim countries who signed the pro-China letter to reconsider their position. I am ready to testify anywhere in the Muslim world about what China is doing with its Muslim populations. 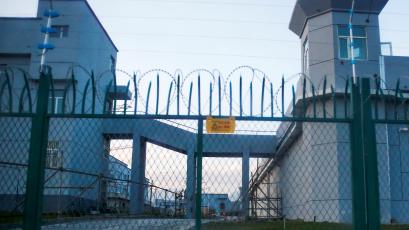 The Muslim countries should reconsider their position and urge China to immediately stop the persecution of Muslims and the prohibition of Islam in Xinjiang. China must close its “Vocational Training Centers,” release the religious and political prisoners from prisons and detention camps, abolish the Islamophobic and criminal “Xinjiang Uighur Autonomous Region De-extremification Regulations,” stop sending Chinese colonists to the homes of Uighurs and order all state apparatuses and organs to stop their persecution of Muslims.

China must stop its Islamophobic policies that target the Muslims, their religion, history, culture and way of life. It must stop the forced Sinicization of Turkic people (Uighur, Kazakh, Kirgiz, Uzbek, Tatar, and et cetera), the destruction of mosques and historical buildings.

It must allow the Muslims of Xinjiang to have passports, to move freely in and out of China, to call the adhan from their mosques, to have halal food, to perform Hajj in Mecca and to be able to teach Islam to their children.

Xinjiang authorities should adopt multiculturalism and accept the Uighurs and other Turkic Muslims of China as ordinary citizens equal to native Chinese, and Islam as one of the religions of China. China should revise the way it perceives its history and should accept Islam as an integral part of China and not as an enemy.

By raising these demands and reminding China that the Muslim world is a very important client, the Muslim countries must ask for the protection of their Muslim brethren who, at present, are suffering mass-persecution in the Xinjiang Uighur Autonomous Region. 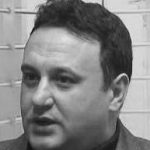 Dr. Olsi Jazexhi is a Canadian-Albanian historian and a Faculty member of European University Institute.