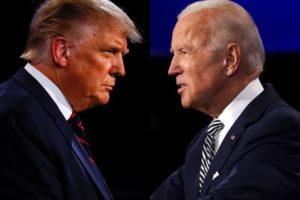 According to official estimates, Donald J. Trump obtained a little more than 74 million votes in the November 2020 presidential election losing to Joseph Biden who secured a little more than 81 million votes. Biden won by a comfortable margin but Trump also performed remarkably well. What explains his performance? Analysis of his performance may reveal the growing influence of a certain combination of forces that may shape elections in not only the United States but also in other parts of the world in the coming years.

Considering that most of the popular media channels, many established business outfits, professional groups, women’s organisations and youth movements were against Trump, how did he succeed in harnessing so much support? Let us not forget that more than the media and various entities, Trump’s failure to handle the coronavirus epidemic which resulted in tens of thousands of deaths and spiralling infections eroded considerably his support base.

While a variety of factors may have been responsible for the votes that Trump garnered — including his incumbency — certain observers have highlighted his appeal to a huge segment of the majority White population and his economic record as decisive. As he did in his 2016 presidential campaign, Trump successfully projected himself as the defender of the interests of the Whites at a time when demographic changes favouring the Hispanic population on the one hand and Black political empowerment on the other (Obama’s 8 years in the White House as a case in point) were allegedly jeopardising the position of the majority community. Baseless as these allegations were, they were craftily manipulated to the advantage of the fear-mongers.

Fear manipulation by itself would not have worked if Trump had not proven that he could also deliver the goods — even if it was superficial. During his four years as president of the US, it is true that he created jobs for not only the majority but also for the minorities including Blacks, Hispanics and Asians. Businesses at all levels flourished and the economy appeared to be benefitting segments of society.

It is this combination — Trump at the forefront of identity politics and Trump pushing the economy forward that seems to have helped Trump in his electoral campaign. This combination of forces would have ensured his political triumph, some analysts argue, if it had not been for the pandemic. 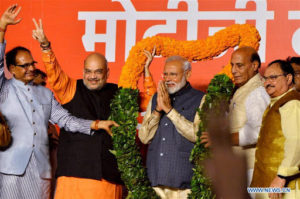 When we turn from the US to India, the world’s largest democracy, the nexus between identity politics and economic achievements becomes even more obvious. In recent elections, the ruling Bharatiyya Janata Party (BJP) which assumed power on its own in 2014 has projected itself as the champion of Hindutva, of Hindu nationalism — a party sworn to protect Hindus against alleged moves by Muslims and other minorities in India to weaken the link between the religion and the Indian polity. In the 2019 General Election, after 5 years in power, its Hindutva credentials even more pronounced, the BJP had a greater grip upon the Hindu vote. Its readiness to erase manifestations of Islam in the public arena from place – names to historical narratives was testimony to its fidelity to the religion.

But the BJP also has a people oriented development agenda. It is committed to not only creating jobs and raising incomes but also to building much needed public facilities. Its claim to have built “a million toilets “ since coming to power in 2014 has had some impact upon popular sentiments. The BJP often talks about its rural transformation programmes and how it has reached out to the urban poor.

The BJP’s identity politics provides psychological support to its development agenda just as its development agenda derives its moral strength from its adherence to identity symbols and forms. However as in the US, the issue is how identity politics tends to encourage exclusive tendencies within the body politic. It strengthens dichotomies and divisions in society. The real challenges facing the people in the economy, in politics and in societal relations are often marginalised as bigotry and prejudice take centre stage. Thus some religious or cultural symbol manipulated by the elite may capture the popular imagination though what requires attention in society may be falling educational standards or universal health care.

Political parties or political leaders who do not want to see the politics of identity expressed through bigotry and communal stances dominate their societies especially if they are multi- ethnic are often in a quandary. How do they defeat such politics while remaining faithful to politics that is inclusive, honest and committed to justice and integrity? There is one thing that they should not do. They should not play the same game of exploiting religious or communal sentiments to gain electoral support. The entire system will sink deeper into the communal cauldron. Neither should the opponents of bigotry and communalism dismiss the impact of these forces as a temporary phenomenon which will disappear in time.

The sane response is to examine in depth the eternal values and principles embodied in the great religious and humanistic philosophies and present their wisdom as an alternative discourse. In other words, what is universal and inclusive, what is just and compassionate in our traditions should be articulated as the real, authentic message of our belief systems. This should be done with courage and integrity whatever the bigots and communalists may say, and however harsh and aggressive their pronouncements and actions may be. 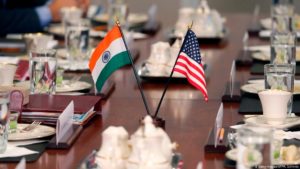 At the same time, those of us who are fighting bigots and communalists with an exclusive agenda should also put forward development policies and programmes that are just, inclusive and humane. In concrete terms, if the former seeks to build colleges it would be primarily to equip the next generation with the character, knowledge and skills that serve the public good rather than strengthen the elite stratum of society. As articulators of an alternative, promoting peace and harmony through shared values and principles that bind diverse communities together would be our cherished goal, not the propagation of attitudes that create barriers among us and sow the seeds of mutual distrust and suspicion. Likewise, those of us who subscribe to an alternative vision of society, will expose the corrupt and the greedy regardless of whether he or she is on our side or not.

If those of us who are opposed to bigotry and communalism possess and practise the right values and principles, it will not be possible for the manipulators of identity politics to spread their influence in society.

Dr. Chandra Muzaffar is the president of the International Movement for a Just World (JUST).