Roundtable discussion on: Exclusion and Integration in Muslim Communities

[CANCELED] Date: Saturday, 12 March 2016, Time: 1PM – 5 PM, Venue: Nottigham University, Level 2 Chulan Tower, Kuala Lumpur, For so long in the history of the Muslim civilization we have witnessed various instances of violence and conflicts between Sunnis and Shiites. While most of them are political rather than theological in nature, the series of conflicts are often articulated in religious terms. The great political battle of Muawiyya and Ali has often been portrayed as the genesis of this division, and act as an exemplar on how politics can give birth to a more complicated theological set of doctrines and justifications. 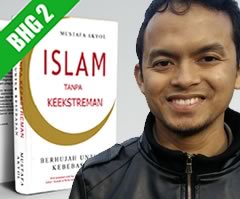 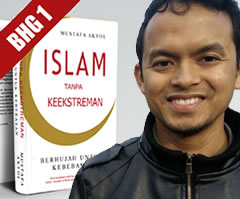 Public Intellectual Lecture: Is Political Islam a Threat to Democracy? Forum on: “Can Islamists Be Liberals?” Date: Saturday, 23rd January 2016 Time: 2.30PM – 5.30PM Venue: Concorde V, Concorde Hotel, Kuala Lumpur Registration: https://www.eventbrite.com/e/book-launch-islam-tanpa-keekstreman-berhujah-untuk-kebebasan-tickets-20799239084 Islam has always been peaceful, inclusive, moderate, and has guaranteed the rights and freedom of human being. But with the series of […]