Forum aims to tackle democracy, liberty and the Islamic response

KUALA LUMPUR, Jul 19: At least two recent events in the country have renewed the debate about civil liberties vis-a-vis the Islamic movement.

It is true that the recent Bersih rally which saw the participation of Islamic-based organisations has in some ways put to rest doubts about the Islamists’ commitment to democracy. However, juxtaposed against this is the recent controversy sparked by the PAS-led Kedah state government’s decision to reintroduce an old enactment limiting entertainment activities in respect of Ramadan.

While the state had since ‘tweaked’ the decision so that non-Muslims were not subjected to any laws on their leisure activities, the whole issue has again thrust into open the dilemma faced by those sympathetic to Islamists vis-a-vis civil liberties.

Neither did PAS’s espousal of the ‘benevolent state’ (or in media parlance ‘welfare state’) during its recently held Muktamar could have helped allay lingering fear about Islamists, imaginary or otherwise.

Would they use democracy only as a launchpad to pursue a system that liberally invokes ‘blasphemy’ against those who oppose enforcement of laws which are claimed as being part of Shariah? Can one have democracy without liberty and vice-versa?

Cognizant of the implications of these and other similar questions, Kuala Lumpur-based Muslim youth empowerment group Islamic Renaissance Front (IRF) is organising a forum themed “Reappraising Liberty and Democracy” this Sunday, July 24.

The forum, which features political scientist Farish Noor and PAS’s Kuala Selangor member of parliament Dzulkefly Ahmad, will be held at the International Institute of Islamic Thought and Civilisation (ISTAC) at its Jalan Duta campus. 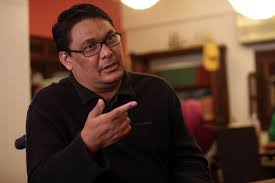 Saying some Islamists held the view that it was “blasphemous” to criticise what they considered was God’s legislation, Dr Farouk (right) pointed out that their track record on issues pertaining to civil liberties and human rights had been “dismal”, and this includes such issues as apostasy and free speech.

“When they are still skeptical about issues such as freedom of expression and freedom of religion, the main question is whether they are competent enough to nurture the spirit of democracy that enshrines civil liberties,” added Dr Farouk, whose organisation aims to promote intellectual debate among Muslim youths.

The free forum is open to public but registration is required by submitting an online form. More details are available on IRF’s website at www.irfront.org.