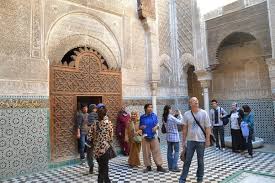 KUALA LUMPUR, Sept 3 — A Muslim non-governmental organisation said the banning of non-Muslims from mosques only puts Islam in a negative light.

“We strongly feel that disallowing non-Muslims from entering mosques only portrays a negative image of Islam and is not in line with the examples set by the Prophet,” said Islamic Renaissance Front (IRF) founder and chairman Dr Ahmad Farouk Musa in a statement.

He pointed out that Prophet Muhammad had allowed Christians to pray in his mosque in Medina.

This follows the controversy surrounding Serdang MP Teo Nie Ching’s (picture) recent visit to a surau in her constituency.

Ahmad Farouk said non-Muslims should be allowed to enter mosques as long as they do not violate the sanctity of the house of worship and dressed modestly.

“They should also be allowed to deliver speeches, provided that the speech is in line with the spirit of enjoining what is good and forbidding what is evil,” he said.

Teo received a warning letter from MAIS yesterday stating that she needed to obtain its permission before visiting any surau or mosque in Selangor.

It is understood that the warning letter was issued on the orders of the Sultan of Selangor after the uproar over her August 22 visit to the Al-Huda surau in Kajang Sentral which was highlighted by Umno-owned newspaper Utusan Malaysia.

The National Fatwa Council, however, had decided on March 1 that non-Muslim tourists may enter mosques and prayer rooms on the condition that they receive permission from the respective management and ensure that their actions do not violate the sanctity of the mosque.

Teo has maintained that she did not touch on politics during her speech at the surau and said she had visited the surau to deliver aid.

Asri said such an action would only tarnish Islam’s image.

IRF is a Muslim think-tank and research-based institution that was launched in December last year to promote intellectual discourse related to Islam.