A well-known Iranian cleric has expressed surprise at the stand taken by Malaysian religious bureaucrats on Shiism, and reminded them about a famous fatwa in 1959 by the late Mahmud Shaltut from Egypt’s Al-Azhar University, a fatwa which explicitly recognises Shiism as Islam’s fifth school of law.

“Are Malaysian Muslim leaders aware of this fatwa?” asked a disappointed Professor Mohsen Kadivar, an Iranian philosopher trained in the seminaries of the Iranian university of Qom and now a visiting professor at the prestigious Duke University in the US, upon learning that authorities were uneasy with his presence. “It is the choice of Muslims, not the rule of governments,” he said, mincing no words when addressing a forum in Penang on August 23, jointly organised by the think tank Penang Institute and the vocal Islamic youth group Islamic Renaissance Front.

Organisers had earlier been pressured by Islamic officials in the state to halt the talk. As a compromise, the event was moved from Wawasan Open University to a hotel in Georgetown, effectively making it a closed-door session.

The decision followed an earlier closed-door session meant for the academic community in the International Islamic University, but which varsity officials in Gombak cancelled at the eleventh hour.

This reception given to Kadivar was understandable. He could not have come to Malaysia at a worse time, when government-controlled media and mosques, backed by little-known religious preachers, have been spearheading a divisive anti-Shia campaign themed “dangers of Shiism.”

The 54-year-old scholar is a strong advocate of Iran’s Islamic Revolution in 1979, and was jailed during the Shah’s tyranny. He refused to let post-Revolution officials rest on their laurels, and as a result, he is now in self-exile in the US after his views – more about religion than about domestic politics – infuriated clerics in Iran.

Message of unity
Yet Kadivar’s message is centred on taqrib, or “reconciliation between Sunnis and Shiites,” and betrays the kind of cold treatment he received from the so-called intellectual circles in Malaysia.

For instance, he agrees that extremists on both sides have complicated efforts to bring both divisions closer, and called on their ulama to reign in their followers, including those among Shiites who still resort to abusing some Companions of Prophet Muhammad.

“It is not right to curse any Companions of the Prophet. The (Shiite) imams prohibit their followers from cursing Companions of the Prophet, who all Muslims should respect,” said Kadivar, who, after mentioning figures of Sunni Islam such as Abu Bakr al-Siddiq and Umar ibn al-Khattab, added the invocation radiyallahu anhum, or “Allah be pleased with them.”
Shiites generally believe that Ali ibn Abi Talib, the fourth caliph of Islam, who was also the Prophet’s son-in-law, is the rightful heir to the Muslim leadership following the Prophet’s death, saying this was due to the personal training that Ali had received privately, being part of the Prophet’s family -Ahl al-Bayt.

But Kadivar added that the other three earlier figures – Abu Bakr, Umar and Uthman bin Affan – were also part of the Prophet’s family, the first two his fathers-in-law and the third his son-in-law.

Ignorance, myths
According to Kadivar, much of this sectarian attitude was due to ignorance, and he cited the results of a survey last year by Washington-based Pew Research Center which found that tolerance of Shiites in Sunni-majority countries is in tandem with the size of Shiite presence in their populations.
For example, there are more Sunnis in Iraq and Lebanon who agree that Shiites are fellow Muslims, compared with some Gulf countries, where Shiites are negligible minorities.

Kadivar also sought to dispel a cacophony of myths being paraded by anti-Shia soothsayers, including such claims that Shiites follow a different Qur’an from Sunnis, or glorify the figure of Ali more than that of the Prophet. 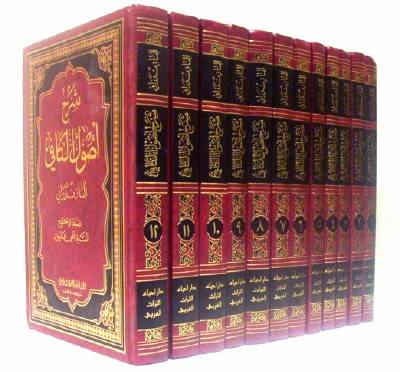 “There is no such different Qur’an among Shiites. If you hear such a thing, it is completely false,” he said, saying those who claim some omissions in the Qur’an in its present form were minorities from both Sunnis and Shiites unrecognised by their mainstream scholars.
He rubbished accusations that Shiites prioritise Ali over Muhammad, and quoted a hadith from Usul al-Kafi, an authoritative Shiite compilation, which quotes Ali as saying, “I am the servant of the servants of Muhammad.”

Kadivar pointed out that a more careful study of both schools would show that both agree on 90% of the Islamic corpus of teachings.
In fact, he opined that one would find more differences among Sunni schools of Islamic law.

He explained that one main difference lies in the third source of Sunni and Shiite teachings, after the Qur’an and Hadith.
For Sunnis, the sayings and understanding of the Companions form this third source, while for Shiites, the traditions of the Prophet’s household and the imams are referred to.

No easy task
Kadivar conceded that the present climate is fraught with difficulties, and countering the sectarian elements would not be easy.
He said while Shiite scholars have no difficulty in holding discussions with traditional Sunni ulama, such is not the case when it comes to Wahhabis.
“With Wahhabis, all Muslims have problems. They do not believe in debate, dialogue or research. They generalise everything and read texts out of their contexts,” he said.

He maintained that the Muslim world was still reeling from oppressive systems, and said real dialogue between Sunnis and Shiites can only take place in an environment of intellectual freedom so all sides can clarify their points.

Religion and state equidistance
And this is also why Kadivar, when asked by a member of the audience, considered favourably the separation of government from religious matters and institutions, without advocating crass secularism.

He said secularism itself was not bad, depending on its variants. Kadivar himself prefers the Indian model, where religions are treated equally, rather than the French or American models, where religion is either banished from public domain or rendered irrelevant.

He further explained that in the longer term, a religion such as Islam would benefit from such a detachment, citing the Turkish experience as an example over that of his own country, Iran, where the government’s involvement in religious affairs has resulted in less religiosity among the Muslim populace.
For example, by not financing religious institutions, Kadivar argued that the religious leadership would be more independent and not subservient to the regime in power.

This he said was demonstrated in Iran prior to the Islamic Revolution, where the ulama had displayed strong leadership in defence of the masses, who were being persecuted by the Shah’s dictatorship. Similarly, he compared present-day Turkey and Iran, one ruled by a ‘secular’ system and the other by a religious system, and concluded that voluntary religiosity among Muslims could be felt more in Turkey.

Were it not for the unseen gatekeepers of Malaysia’s Muslim community, Mohsen Kadivar’s visit could have been used more productively, especially in throwing some sanity into the present sectarian climate. Alas, when even a couple of dogs could set off fury from the top echelons of our Islamic bureaucracy, this would be asking for too much.