Ending the legacy of Sunni-Shia violence

APPEAL FOR PEACE: From the beginning, the divide has always been political rather than theological

THE Muslim world, it must be remembered, does not exist in a vacuum or in a world without Others. Lest we forget, the developments in the Muslim world today are taking place in an overcrowded world where other faith communities exist and where other external variables come into play as well.

Nothing can be done to isolate Muslims from the realities of the world beyond their community, and it would be naive to assume that developments in the Muslim world have no impact beyond the Muslim community, or that external agents and actors have no influence on how Muslims interact with one another.

The recent call by two Muslim leaders, former prime minister Tun Dr Mahathir Mohamad and former Iranian president Muhammad Khatami, for Sunni and Shia Muslims to cease hostilities between each other and to reflect upon the root causes of intra-Muslim violence, was, therefore, timely indeed.

It was timely for the simple reason that we seem to be on the brink of a widespread pandemic of violence that stretches from Syria to Pakistan, to Bangladesh all the way to Southeast Asia, where Sunni and Shia Muslims have been at each other’s throats for too long; and in the process have also rendered their respective countries weak, vulnerable and exposed to the now-trendy wave of “regime change”.

Nowhere is this more painfully evident than in Syria, where a civil war of horrific proportions has been raging for months, leading to the loss of tens of thousands of lives and a potential refugee crisis that would destabilise not only Syria but also other neighbouring countries in the region.

Most worrisome is the fact that the rebels who oppose the Syrian regime happen to be backed by several Sunni-Arab states and their Western benefactors, who have goaded their supporters to depose the Shia-Alevi leadership of Syria.

This has been cast in religious terms, and the Sunnis have been encouraged to see the Shias as if they were non-Muslims.

What is often left out of the analysis by the international media is the fact that many of these rebel groups happen to be backed (rather openly) by some North American and West European states as well — thereby raising the question: is this truly a case of popular rebellion, or is it really a foreign-funded attempt to topple a government?

It ought to be noted that Sunni-Shia violence is not new, and has been with the Muslim world for centuries. But from the very beginning, it has to be remembered that the Sunni-Shia divide was, and remains, a fundamentally political rather than theological one.
Since Shah Ismail Savafi’s declaration that Shiaism would be the “official” religion of the Iranian kingdom, Iran has been seen as the foremost Shia Muslim power in the world. 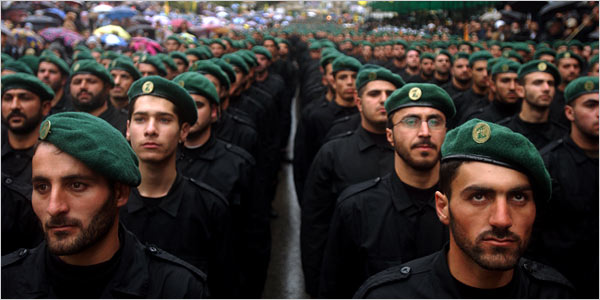 This brought Iran into conflict with Sunni Ottoman Turkey, and after the defeat of Shah Ismail at the hands of Sultan Selim I at the Battle of Chaldiran in 1517, the borders of the Sunni and Shia worlds have remained fixed until today. But let us remember that this was primarily a conflict between two rival Muslim powers: Ottoman Turkey and Savafid Iran, and that the differences between the two were more about power, hegemony and leadership of the Muslim world; and less to do with doctrinal or theological differences between Sunni and Shia.

Indeed, for much of Muslim history, Sunnis and Shias have been comingling and living with each other, and this accounts for the pluralism that remains a fact of life in Muslim society until today. The big difference, however, is this: during the height of the Ottoman Empire, the Savafid and Qajar dynasties of Iran, the Moghul Empire in India, etc, Muslims were still the masters of their own destiny.

That came to an untimely end with the advent of colonialism and imperialism, and since then, many Muslim polities have been reduced to shells of their former selves. The division of the Muslim world in the wake of World War 1 has left Muslim polities at odds with each other until today, with no signs of Muslim unity in any meaningful form. It is against this backdrop of a fragmented, weak and dependent Muslim world that the Sunni-Shia conflict ought to be seen as even more divisive and detrimental to political stability and long-term development.

The current bloody impasse in Syria can only lead to further chaos if left unchecked, adding Syria to a list of other dysfunctional and weak Muslim polities such as Iraq and Afghanistan as well. Those who have taken a partisan route and who support the current foreign-funded adventure of “regime change” in Syria ought to note that this conflict is merely a sad repetition of the “Great Game” that was played in the 19th century, at the height of the Empire.

How long will it take for Muslims to realise that they have become the pawns of a wider and bigger political geostrategic game not of their own making?

Thus, to echo the sentiments of the appeal for peace: the Sunnis and Shias truly need to stop their warmongering between each other, and look at themselves to understand what they have become.