Since the beginning of this new century, it has become popular in the West, and sometimes even in the East, to argue that Islam needs its “Martin Luther.” Accordingly, the authoritarianism, intolerance and violence perpetrated in the name of Islam could only be overcome with a “reform” similar to the one than began in Christendom some five centuries ago.

However, more careful observers quickly noted two little problems with this idea. First, unlike in Catholicism, to which Luther reacted, there is no central authority in Islam. Thus, the main result of the Protestant Reformation, which is decentralized religion, is already the case in Islam. Secondly, whatever its merits and contributions are, the Protestant Reformation did not initiate an era of liberty, tolerance and non-violence in Europe. Quite the contrary, it initiated at least two centuries of intra-religious wars and purges that caused quite a lot of bloodshed.

That is why other observers argued that it is simply a loss of time to deal with “reform” within Islam. The only way to liberal democracy, they said, is to push Islam out of the public with an authoritarian, top-down secularism. Inspired by the radical secularists of the French Revolution, and exemplified by Kemalism in Turkey, this idea had two major flaws as well: First, its very authoritarianism was a blow on the liberty it allegedly championed. Second, the hope for marginalizing religion was doomed to failure, as exemplified, again, by Turkey.

However, there was also a less traveled, even less noticed, road as well: An Enlightenment of the Anglo-Saxon type, which does not attack religion, as done by itsFrench counterpart, but reinterprets it within a new political framework that values liberty, tolerance and diversity. 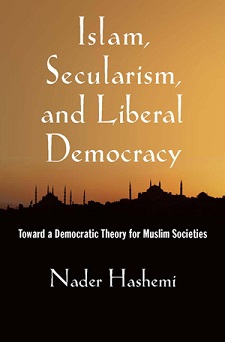 The British philosopher has long been in my heart and mind with regards to his approach to religion, but a fine book that I recently had a chance read made things even clearer: “Islam, Secularism and Liberal Democracy” by scholar Nader Hashemi (Oxford University Press, 2009).

Hashemi, in his impeccable book, deals with many issues relating to religion and politics, but his take on Locke and how a Lockean approach can help political thought in Islam is especially notable. He first reminds that “Locke’s England in the 17th century … [was] under the sway of an authoritarian and illiberal religious doctrine … [as] much of the Muslim world today.” In return, Locke’s solution was not “rooted in rejection of Christianity, but rather a reinterpretation of it.”

Locke offered this reinterpretation by arguing for the compatibility of reason and revelation (not their conflict), and pluralism among differing interpretations of the faith. He also argued that the Bible does not propose a system of government (such as “the divine rights of kings”).

He emphasized that the religious faith of the individual is meaningful only when based on “the inward persuasion of the Mind,” which cannot be compelled by “outside force.”

All of these were religious arguments. “Judging by today’s standards, many would consider Locke and his compatriots Christian fundamentalists,” Hashemi even claims. I think he is right. I also think that liberalism within Islam will only emerge thanks to “fundamentalists” like Locke.

Mustafa Akyol is a columnist for Turkish newspapers Hürriyet Daily News and Star. His articles have also appeared in Foreign Affairs, Newsweek, New York Times, Washington Post, Wall Street Journal and the Guardian. He is author of Islam without Extremes: A Muslim Case for Liberty, an argument for ‘Muslim liberalism’. This article originally appears in Hürriyet Daily News.