The Future of Political Islam

By Farish A. Noor

THE toppling of president Mohamed Morsi and his Freedom and Justice Party in Egypt has raised a host of deep and difficult questions about the future of politicised religion in general, and political Islam in particular. 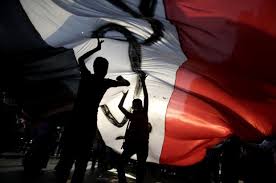 For starters, it has posed us with the singular query: if the Muslim Brotherhood of Egypt now feels that the democratic path is not the means to attain state capture, would this induce some of them to abandon the democratic process altogether and opt for other, perhaps extra-constitutional, means to come to power?

One is reminded of the thesis of Olivier Roy, who has written extensively about the future of political Islam. His argument, developed in the late 1990s, was that religio-political movements such as the Ikhwan’ul Muslimin would eventually learn to moderate and compromise if they were allowed to become part of the democratic process.

The belief then was that the arena of politics was like a structured mould that would shape and form all movements that entered its normative space. The assumption underlying this argument is that religio-political movements were the “soft” human component that entered the “hard” structure of states and institutions, and that such institutions – by virtue of their capacity to maintain and reproduce structured norms of behaviour – would tame the belligerent forces that would otherwise have tried to capture the state and turn it into something else.

For a while, the thesis struck a resonant chord among many analysts and scholars; and there was ample evidence from all over the Muslim world that Islamist parties and movements would conform to the pattern of behaviour Roy had predicted.

Even Islamist thinkers like Rashid Ghannouchi had stated, before the 1990s, that the Islamist movements of North Africa would have to learn to play by the rules of democracy and that if they wanted to come to power, it had to be via the ballot box. Related to this was the other caveat that such movements would also have to accept the will of the majority and accept the possibility that they may also be voted out of power.
The experiment with Islamist democracy was, therefore, not unique to Egypt, for we have seen the same taking place in countries such as Algeria, Tunisia, Turkey, Pakistan and Bangladesh. In Southeast Asia, we are also presented with several Islamist parties that have likewise committed themselves to the democratic process.

By and large, Roy’s argument seems to have been correct, for we have seen how the Islamist parties of Turkey and Indonesia have adapted themselves to the realities of modern states and modern democratic processes. This has not simply meant the change to their outward appearance in terms of their sartorial choices and the shift from robes and turbans to business suits and i-Pads.

It has also meant that many of these religio-political parties have begun to speak the language of democracy as well, and have to take into account serious challenges such as the accommodation of religious and cultural pluralism in the countries they wish to govern. 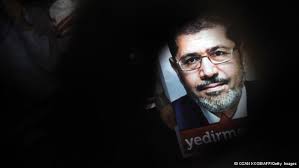 Morsi has been accused of being too strong-minded, autocratic and even borderline dictatorial.

The manner in which the new Egyptian constitution was ramrodded without the visible support and cooperation of other parties in the country was a poor starting point that eroded his claim that he would abide by the norms of democratic consensus and consultation.

So were the many less important policies that were pushed through, which had more to do with cosmetic forms of religious politics than a genuine shift in terms of the ethical prerogatives of the state.

But the toppling of Morsi is also something that has serious repercussions in the short and long term for Egypt, and the Muslim world at large.

For whatever mistakes and shortcomings of Morsi and the FJP party, it has to be said they had come to power with a majority of votes that did reflect the will of the people.

The toppling of the Morsi government has now gained the attention of Islamist movements worldwide, from Turkey to Indonesia; and the fundamental question has been raised by them: if an Islamist government can be brought down despite having won the elections, does this mean that all Islamist movements will meet the same fate in the end? And, if so, why should the Islamist movements of the world even play by the rules of democracy in the first place?

My own concern lies in the fact that the Muslim Brotherhood’s short-lived experiment with democratic politics was seen as a barometer for Muslim sensibilities in the Arab world today, which remains in a state of semi-permanent crisis. The Brotherhood was criticised by some of the more radical and violent Islamist groups of Egypt for “selling out” and transforming themselves into a political party, and by doing so accepting the rules of the democratic game.

Now that they have been deposed, the more radical voices in the Arab world might find themselves in a stronger position to say that democracy cannot be reconciled with religion.

That would be the wrong and dangerous path to follow and one that may end up being self-defeating in the long run. But, for now, the Brotherhood’s democratic experiment has come to a halt and the world waits to see if rational voices will be heard again.