On The Brink Of War? 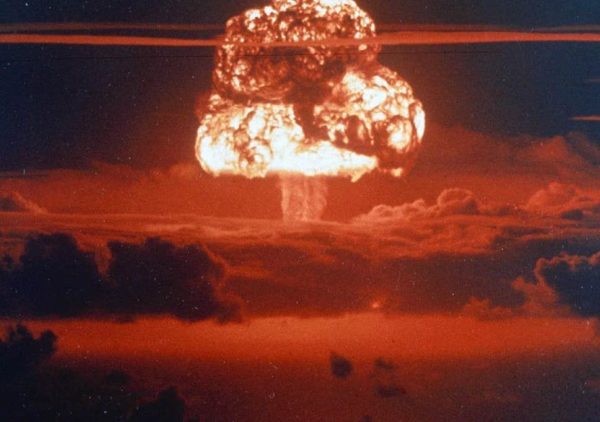 Are we on the brink of a Third World War? There are signs that demand that we ask this question. Three clusters of signs compel us to probe a question that could well determine the future of our civilisation.

One, the nature of the event itself — the reckless assassination of the Iranian general, Qassem Sulaimani, on the orders of the president of the United States of America, Donald Trump, on 3rd January 2020 at Baghdad airport — and the fears it has generated of a full-scale war between the two countries and other actors.

Two, the events that have preceded and followed the 3rd January murder that portend the danger of a much bigger conflict  in the world’s most tumultuous region.

Three, the tussle for power and influence in West Asia between various actors and their protectors and allies which only needs a trigger to set the entire region ablaze. 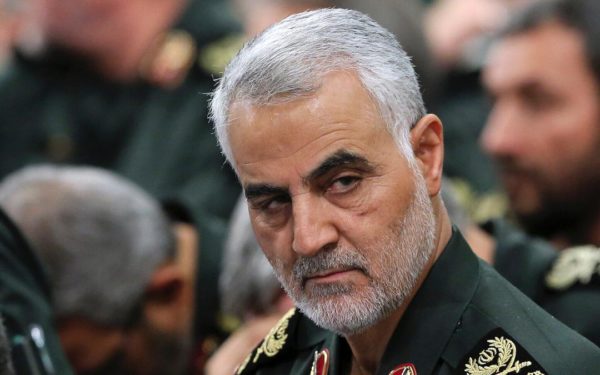 While the Trump administration has tried to justify the killing of Qassem Sulaimani in terms of his role in combating the American military presence in West Asia, it is indisputably true that he was also instrumental in the defeat of Al-Qaeda and Daesh and their affiliates in both Iraq and Syria — groups which the US leadership formally regarded as “terrorists.”   If Qassem had an iconic stature in Iran and certain other countries in the region it was because of his success against terrorists inasmuch as his resistance to the Americans whom he saw as occupiers.

In any case, it is doubtful if it was Qassem’s position against the US presence that was the primary factor in his assassination. Isn’t it possible that Trump was hoping that the assassination of a major figure from Iran — since Iran has been depicted as a demon in the US media — would lessen the adverse impact of his impending impeachment?  Besides, if he is perceived as a tough leader willing to eliminate a foreign opponent, wouldn’t it boost his chances of re-election in the presidential polls at the end of this year? 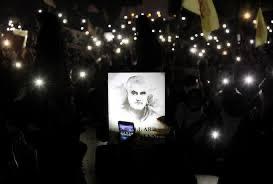 Qassem’s killing should be seen in the context of deteriorating US-Iran relations since Trump withdrew from the Iran plus six nation nuclear agreement in 2018. He intensified his pressure upon Iran in a multitude of ways. Sanctions were increased manifold. Drone surveillance over Iranian territory became more pronounced. A US drone which had allegedly violated Iranian air-space was shot down by Iran on 20thJanuary 2019. A tit-for-tat pattern in US-Iran confrontation developed often on Iraqi soil. The US for instance attacked a militia base in Iraq on 29th December 2019 which prompted pro-Iranian Iraqis to retaliate by occupying the US embassy in Baghdad on the 31st of December. Tit-for-tat confrontation arising from the targeting of Iran by the US has heightened the danger of an all-out war.

Perhaps a greater danger stems from the tussle for power within West Asia itself. Saudi Arabia, because of its immense oil wealth and its revered status as the land that situates Mekkah and Medina, has for a long while regarded itself as the leader of the Muslim world. The Islamic Revolution in Iran of 1979 was perceived as a challenge to its status partly because it had overthrown a monarchical structure and rejected US hegemony over the region. Besides, the vast majority of Iranians are Shia in contrast to Saudi Arabia’s adherence to Wahabi teachings. The uneasiness between the two states did not create any severe friction until the Anglo-American invasion of Iraq in 2003 which led eventually to the rise of the majority Shia population through the ballot-box. The empowerment of the Shia in Iraq, and their links to Shia Iran were interpreted by the Saudi elite as a threat to their position. Soon, they also witnessed the strengthening of the minority Shia component of Syria largely because of a war imposed upon the land through the machinations of some regional actors backed by the US and its allies. It is because of these reasons — and not the military manoeuvres of Qassem Sulaimani alone —– that the Shias and Iran have become more influential in West Asia. The increasing influence of Iran has also incensed Israel. Since the 1979 Revolution when the Iranian leadership stated unequivocally its commitment to the liberation of the Palestinian people, Israel has been antagonistic towards Iran. It has worked closely with the US elite to undermine Iran on a variety of fronts. It is their common enmity towards Iran that has now helped to forge a bond between the Israeli and Saudi elites.

It is this struggle for power, Saudi and Israeli elites on one side, and Iran and some of its allies on the other, which has exacerbated the potential for a huge conflict in the region.  Needless to say, the US role in this power struggle, as protector and defender of Israel and Saudi Arabia against Iran has heightened the danger of war as never before.

Apart from these three clusters of signs, there are other factors which may also point in the direction of a possible war. They are related to the global economy and global political power. The irreversible shift in global power from the US and the West to China and certain other actors is causing much consternation in Washington DC and London among other capitals. It signals the end of the epoch of Western dominance. Is a world war a way of preventing that change from taking place?

While the danger of a world war is real, we must also recognise that people everywhere do not want a war. A lot of governments have condemned the brazen assassination of Qassem as a gross violation of international law. In fact, some members of the US House of Representatives and the US Senate regard the authorisation of the murder by the US president as a stark transgression of US law.

For critics of US foreign policy outside the US in particular, Trump’s abuse of power is characteristic of a government which more often than not has behaved as if established law and civilised norms do not apply to it. US ‘exceptionalism’ is one of the main reasons why the global movement against hegemony has become so much stronger in the last three decades. They know as others do that war, a creature of hegemony, is a terrible scourge. It is not just a question of millions dying. Much of civilisation as we know it will also be eliminated especially since one of the protagonists is convinced that destroying cultural sites in a war is legitimate.

Iran which had suffered so much from a war imposed upon it in the eighties and has not initiated a war for the last 250 years is opposed to a military confrontation with the US. This is why avenging Qassem’s death for the Iranian leadership does not mean starting a war. It is a rational leadership which will focus upon driving the US military forces out of West Asia through politics and diplomacy.

If it succeeds in achieving this, it would have transformed the region and the world for the well-being of human beings everywhere.

Dr Chandra Muzaffar is the president of the International Movement for a Just World (JUST).