ABSTRACT: The Intersections between the Concept of Islam Rahmatan Lil-Ālamin and the United Nations’ Sustainable Developmental Goals (SDG) 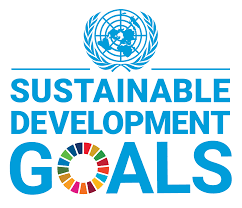 “And [thus, O Prophet,] We have sent thee as [an evidence of Our] grace towards all the worlds (rahmatan lil-ālamin)” [21: 107]. Verily, the essence of the religion of Islam is embodied in the above verse which has now become the slogan of the new Malaysian government. This is the centrality of the perennial and universal message of Islam. The phrase “rahmatan lil-‘ālamin” brings the meaning of blessing for the entire world be it mankind, animals, land and seas, and the environment, and that this universal religion is a religion that promotes peace and harmony, and a cohesive relationship not only between man and man, but also man and his natural habitat. And if we were to consider the 2030 United Nations’ agenda for sustainable development, at the heart of these seventeen goals in the SDG, is basically to achieve peace and prosperity for the people and the world, at present and into the future. The aim is to eradicate poverty and at the same time to improve health and education, reduce inequality, and stimulate economic growth, while at the same time, confronting the issues of climate change while preserving our earth. Many might not have realized that God had reminded us about this destruction on the earth and seas as an outcome of what men’s hands have wrought as in 30: 41, and is replete with verses exhorting man to preserve the environment and not to spread corruption (fasad) on earth as in 2: 11. Similarly, the SDG’s goal to reduce inequality was propounded in the Qur’an in 59: 7 where God prohibited wealth to be circulated solely among the rich. All in all, the Qur’anic idea of justice in the spirit of rahmatan lil-ālamin is that, all that man possesses, therefore, is but held in trust from God.

Dato’ Dr Ahmad Farouk Musa is a Founder and Director of the Islamic Renaissance Front. This paper will be presented at the International Conference on Nation Building 2019, November 26-27, Majestic Hotel, Kuala Lumpur.