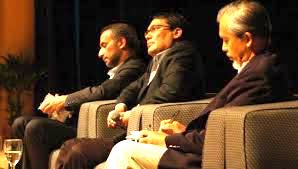 “Verily, we did offer the amānah (the trust) (of volition and reason) to the heavens, and the earth, and the mountains but they refused to bear it because they were afraid of it. Yet, man took it up, for, verily he has always been prone to be most wicked, most foolish.”

The classical commentators give all kinds of laborious explanations to the term amānah (“trust”) occurring in this parable, but the most convincing of them as proposed by ‘Allāmah Muhammad Asad are “reason” or “intellect” and the faculty of volition that is the ability to choose between two or more possible courses of action or modes of behaviour and thus between good and evil.

This faculty of reason or faculty of discernment is the main thing that is missing from Muslims today. Rather than exercising the faculty of reason or intellect that was bestowed upon them, the faculty that has elevated their status above those of celestial beings as described in Surah al-Baqarah, the Muslims today tend to be embedded in their blind imitation or “taqlid” of their predecessors or ulamā’ whom they consider as infallibles.

The new world order poses new challenges yet many Muslims are still searching for answers from books written centuries ago during the time when Hulagu Khan invaded Muslim territory.

It is this blind acceptance of scholars’ opinions, as if they were complete truth, which forms the crux of our concern and the birth of Islamic Renaissance Front.

The Qur’ān strongly recommends that Muslims use their faculty of intellect or “’aql” appropriately. The word “’aql” can be found in more than 45 verses of the Qur’ān. The Qur’ān encourages us to use “’aql”, to reflect and to ponder so that we could derive benefits or maslahah out of it and avoid hardship.

The verses that were recited by our qāri just now [Surah Āl-Imran: 190-195] invite “those who are endowed with insight” to observe, study and analyze all areas of human knowledge in all its dimensions. The universe is a space that speaks to the mind and heart and reveals the meaning of creation.

The heavens and earth, night and day, space and time, testify to the presence and infinite generosity of the One who has laid out the Universe like an open book pervaded with “signs” offered to people’s minds and heart. The Universe, just like the written Revelation, al-Qur’ān, needs to be approached with the eyes and intelligence of the heart and of the mind. The two Revelations echo and mirror each other: the Universe, like the text has its principles, its laws and its grammar. Human intellect or “’aql” must observe these principles and laws and extract their logic and categories in order to take them into account both in its rational approach to nature and in its management of societies.

Hence, it is our theme “liqaumin yatafakkarun” — For People Who Think — to emphasize the importance of ‘’aql’ or of “Reason”. As stated time and again by one of the greatest thinkers in Islamic history, al-Ustaz al-Imam Muhammad Abduh; there can be no contradiction between “Faith” and “Reason”. If there appears to be some contradiction between “Reason” and “Revelation” it should be assumed that one or the other has been incorrectly understood; since they are basically two different means to convey the one divine truth.

Real “Tajdid” or “Renewal”, and “Islah” or “Reform” can only be achieved if we are able to fully utilize our faculty of intellect or “’aql”. There are certain groups of people within our societies that are promoting the “Tajdid” agenda. However, these people who often present themselves as the only “true Salafi”, made a literal and reductionist approach towards the understanding of the Qur’ān and the Sunnah (traditions of the Prophet). The contemporary literalist approach fails to give adequate answers to contemporary challenges.

These so-called “true Salafis” failed to make a clear distinction between “adz-Zhawabit” or the immutable and “al-Mutaghayyirat” or the Changing. They are more obsessed with returning to the past, back to the time of “as-salafus salih” as the pious predecessors, rather than confronting the current issues by exercising the faculty of reason endowed by Allah.

Confusion exists between principles and models, between a rule and its form, and this leads to exceedingly rigid and particularly exclusive reductions. Thus, modesty is prescribed to Muslims, but in the eyes of the literalists, only one way of being modest exists, imitating the Prophet, his Companions and the Salaf, and dressing just as they did, with the same clothes, and this is the only possible reference. It can be seen here how the principle of modesty is reduced to its actualization within a specific historical context.

One could understand and accept such reduction if its advocates only expressed it for themselves. However, they do not, and that exclusive approach has been fitted out with legal constructs to disqualify all other interpretations.

By failing to distinguish sufficiently between the “immutable” and the “changing”, contemporary literalists or “salafiyyah harfiyyah” bestir a series of other confusions involving grave consequences. For on the level of relationships within human societies, distinguishing between the immutable and the mutable makes it possible to draw a fundamental difference between principles and models. Thus, the principles of justice, equality, rights and human brotherhood that guided the Prophet of Islam indeed remain the references beyond history, but the model of the city of Madinah founded by the Prophet in the 7th century is a historical realization linked to the realities and requirements of his time.

To confuse eternal principles and historical models is simplistic. Idealizing something in a moment of history reduces the universality of Islamic principles to the dream of an impossible return to the past, to an irresponsible “nostalgia of origins”.

And that was the raison d’etre for the establishment of Islamic Renaissance Front. The new leaf or shoots, that represent the logo of IRF, represents a new beginning and a new interpretation and understanding, growing out of orthodoxy and conservatism. IRF is a voice of reason that promotes an intellectual discourse, reform and renewal in our society and this religion of Islam for this new age.

“I desire nothing but reform (al-Islah) as far as I am able. There is no guidance for me except from Allah”. [Surah Hūd: 88]