Speech delivered by Dr Ahmad Farouk Musa on “The Message of the Qur’an” by Muhammad Asad. 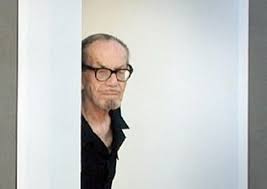 Today we look specifically at Muhammad Asad’s work on the Qur’ān, namely The Message of the Qur’ān. The Message was dedicated to “People Who Think”. The whole of the commentary of Asad is an extraordinary work. In his tafsir, Asad has not made a literal translation of the Qur’ān, rather he has presented the spirit of the Qur’ān. Asad tries to illustrate Qur’ānic teachings in the light of modern scientiﬁc thought. For Asad, myths and allegories in the Qur’ān serve the prototypical function of presenting inspiring models. Therefore, while mythic settings to believers represent an account of the actual world, to him they are simply symbols that serve metaphorical functions. It is obvious how profoundly Asad has been inﬂuenced by the revivalist school of thought based on the erudite Imam Muhammad ‘Abduh in particular, whose influence could be traced in almost every Islamic movement in our modern world

To understand Asad’s commentary, we need to understand Asad’s Qur’ānic hermeneutics. The entire hermeneutical approach of Muhammad Asad lies in the assertion that every Qur’ānic statement is directed to man’s reason and must, therefore, be comprehensible either in its literal sense or allegorically. The Qur’ān can only be understood if it is read thoughtfully, as one integral whole, and not as a mere collection of moral maxims, stories or disjointed laws. It is God who reveals the Qur’ān and it is Him who bestows upon man the ability to understand it. Asad insisted that the Qur’ān is read, as “it ought to be read” and it becomes, “its own best commentary”.

Thus when We recite it, follow thou its wording [with all thy mind] and then, behold, it will be for Us to make its meaning clear [75:18-19].

In interpreting the Qur’ān, Asad asserted that apart from linguistic considerations, he tried to observe consistently two fundamental rules of interpretation. His basic approach to interpretation is grounded in the belief that all the Qur’ānic injunctions and exhortations (the ethical message) should be viewed together as an exposition of an ethical doctrine in which every verse and sentence has an intimate bearing on other verses and sentences, all of them clarifying and amplifying one another.  Consequently, its real meaning can be grasped only if we correlate every one of its statements with what has been stated elsewhere in its pages, and try to explain its ideas by means of frequent cross-references, always subordinating the particular to the general, and the incidental to the intrinsic. Whenever this rule is faithfully followed, we realize that the Qur’ān is – in the words of Muhammad Abduh – “its own best commentary”.

Secondly, no part of the Qur’ān should be viewed from a purely “historical” point of view. The Qur’ān provides general principles that are presented for sermonic and didactic purposes. This means, for instance, that its references to historical circumstances and events should not be taken literally as constituting a factual record, but as being illustrations of the human condition. Moreover, as he points out, the preoccupation by classical commentators with the historical occasion when a particular verse was revealed should not be allowed to obscure the underlying purpose of a verse and its relevance to the total message of the Qur’ān. This is something he thought that they sometimes lost sight of in their explanations and unwarranted details to embellish the Qur’ānic narrative. One needs to be clear about the Qur’ānic perspective or the characteristic approach it takes to its subject matter, and the inner relevance to the ethical teaching that the Qur’ān propounds.

He is of the view that in the interpretation of scripture, and especially of such narratives as the creation, one should be informed by insights from the modern disciplines. This would be the basis for making such narratives comprehensible to people of the modern era. He emphasizes the rationality of Islam that went hand in hand with his intellectual approach to religion. This is in tandem with the approach of Muhammad Abduh who developed a belief system based on reason. In the words of Abduh: “Religion must be accounted as a friend to science, pushing man to investigate the secrets of existence, summoning him to respect the established truths and to depend on them in his moral life and conduct.”

Muhammad Asad’s hermeneutical quest to unlock the meaning of the Qur’ānic text lies precisely in his contention that the Qur’ān contains mythic material that should not be taken literally as accounts of actual historical incidents. What Muslims have to do is to step back and reﬂect on this material in the light of the underlying Qur’ānic message as it is revealed in its ethical and social teachings. This task is made easier by the fact that the Qur’ān places a lot of stress on reason, which is the key to understanding the meaning of its text. This means that every Qur’ānic verse is directed to reason and therefore must be accessible to “people who think” (qaumin yatafakkarun)

The Qur’ān tells us clearly that many of its passages and expressions must be understood in an allegorical sense for the simple reason that, being intended for human understanding, they could not have been conveyed to us in any other way. It follows, therefore, that if we were to take every Qur’ānic passage, statement or expression in its outward, literal sense and disregard the possibility of its being an allegory, a metaphor or a parable, we would be offending against the very spirit of the divine writ.

Asad to me, is a representative of Islam’s humanistic and rationalist trend that would stand strong irrespective of time and place. Every generation faces different circumstances, and thus many laws and ways for society cannot be fixed for all time. This is why also the Qur’ān only fixes time-less laws, ethics, rights and restrictions that are universal in its application; it is a constitution containing the basis for mankind’s dealing with life. Everything outside of the Qur’ān is time bound and must be reinterpreted by every generation to fit it to their circumstances.  Asad maintained that this is the true Sunnah, custom of the Prophet, a constant improving and developing society.  And it is reason, in particular, the main target of Qur’ānic verses, pointed out in countless Qur’ānic statements and admonitions, time and again raised by Asad; as the proper way that may lead us to a cognition of what is true and, hence, to faith. And so we are incessantly called upon to make the best possible use of our intellectual capacities, to think, to observe God’s visible creation and to meditate upon the invisible one; and finally to endeavour to comprehend our own motivations as well as those of our fellow-beings.

The whole of the Islamic doctrine tells us, as it were, says Asad: “Think – and your reason will guide you to faith”, instead of assuring us, as some other religions do, “Gain faith – and through your faith you will arrive at a comprehension of the truth”.