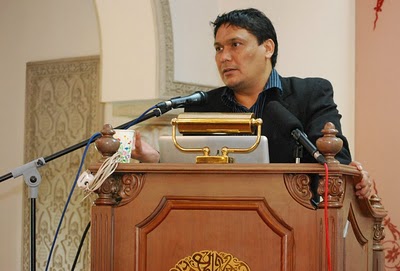 The most important singular event that has taken place in the Muslim world for the past few years was non other than the Arab Spring or what was being named as The Arab Awakening by Professor Tariq Ramadan in his most recent book.

Many were sceptical about the Arab uprising. For the West, the fear was that it might develop into an “Islamic Revolution”. This uprising would than emulate that of the Iranian revolution by being demagogic, violent, intransigent, expansionist and most importantly anti-Western.

On the other hand, many Islamic workers around the world, the Islamic Party of Malaysia (Pas) not excluded, rejoiced over this uprising. For them, this is the beginning of the rise of Islam again, to rule over the world with a Caliphate system.

For many Islamists who have been yearning for a theocratic Islamic state, the slogan al-Islam huwa al-hal (Islam is the solution to all problems) whereby a polity would be guided by revelation became the dominant agenda in Islamic discourse, ever since the time of Sayyid Qutb.

Thus, this theocratic discourse in which the concept of vilayat-e-faqih or Guardianship of the Jurists and known as Kepimpinan Ulama’ in our country was regarded as the solution for Muslims even though it was evident that injustices were going to emerge once the theories were applied uncritically.

Personal affairs of the people will turn to become state matters and the government has the right to serve as the enforcer of religion. This is the whole idea that underlies the concept of an Islamic State apart from implementing Hudud and Shari’ah.

Although there are some similarities between the Arab Spring and the Iranian Revolution, there are also fundamental differences. They share the quality of being nationwide revolutions in which people from different walks of life – the religious, secularist, leftist, men and women, middle classes, working classes – all participated. Both movements aimed at removing western-backed autocratic regimes; both sought to establish democratic governments that would ensure national and individual dignity, social justice, and political liberties.

But today, the Egyptian uprising as an example was different. It was neither nationalist, anti-imperialist, nor third-worldist. The revolution was largely civil, peaceful, and the ubilant mood of the protesters and their demands are more reminiscent of the democratic revolutions of east-central Europe in 1989.

Moreover, it is significant that any single organisation, ideology, or personality; let alone an Islamic figurehead – like the Ayatollah – did not guide the uprising. Rather, this monumental upheaval is composed of different political and civil organisations with diverse religious, secular, and political affiliations, and a collective “leadership”.

Indeed, there are indications that the entire region is experiencing a shift in religious politics. In Tunisia following the revolt that overthrew the regime of Zine El Abidine Ben-Ali, the largest Islamic group is en-Nahdah, represented by Rachid Ghannouchi. En-Nahdah is not an Islamic party and its aim is not to seize power and to establish an Islamic State. However it wishes to nurture pious Muslims within a democratic polity.

Rachid Ghannouchi has categorically rejected the Islamic khilafah (caliphate) in favour of parliamentary democracy, and his en-Nahdha is committed to social justice, multiparty democracy and religious pluralism.

The model of “Islamic governance” that Tunisia’s en-Nahdah, the “young” Egyptian Muslim Brothers, and Iran’s reformist and other groups project is the AKP in Turkey, which has governed that country since November 2002. This Islamic party has – amid much and continuing political controversy – implemented important reforms that have had an overall democratising effect.

They strive to achieve social justice, dignity, and a form of democratic governance that can protect citizens’ fundamental rights.

These are the fundamental aims of post-Islamist revolutions.

Speech during Tariq Ramadan’s Event “Post-Islamist Revolutions” at the International Institute of Islamic Thought and Civilization (ISTAC) on 15 July 2012.