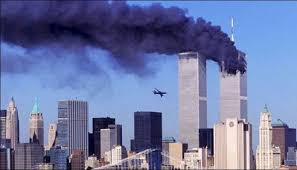 In the past decade, we have seen how the destruction and desperation in the attacks of September 11th mutate into a state of global war. At the very least, it has left Muslims and non-Muslims in common grudge and distrust, if not at least cynicism towards any hope for genuine peace. It is all the more troubling that we have no reason to expect any change or improvement in this state of affairs soon.

As Muslims, we find ourselves confronting a grave and difficult challenge. We are caught in between the realities and injustices of imperialism on one hand, and the serious decline in Muslim culture and civilization on the other. Therefore, it is all the more important now that we turn inwards with the right questions and realizations for ourselves towards a better understanding of the reality at hand. Terrorism is as much a threat to Muslims and innocent non-MuslimsMuslims by and large are all too familiar with critiques against imperialism, and rightly so. But in reflecting upon the significance and meaning of September 11, we must keep in mind the total human cost that the War on Terror has taken: For what is also true is that the fundamentalist rage exemplified, if not inspired directly by al-Qaeda has also affected Muslims as well as innocent non-Muslims. The terror attacks in Madrid (Mar 11, 2004), Jakarta (July 17, 2009 and Aug 5, 2003), Bali (Oct 12, 2002 and Oct 1, 2005), Istanbul (Nov 20, 2003) Jeddah (Nov 6, 2004) Riyadh (Dec 29, 2004), Mumbai (Nov 26, 2008), to name only a few, should remind us of the universal and indiscriminate nature of terrorist rage. How many innocent lives had to suffer the brunt of hatred emanating from a few zealots. The War on Terror should not be guiding all our concernsThe real debate about the Muslim condition after September 11 should not centre on questions about who has killed more, or who has the power to inflict the most damage. Nor should it be primarily be about who started it first. These are legitimate considerations to keep in mind for facts about the reality we live in but they should not be guiding our conscience as Muslims.

For if our inquiries are anchored primarily to concerns about power, retribution and the quantification of suffering, we would not be going beyond the logic in the knee jerk reactions that led to the wars we are trying to survive in the first place. An enlightened response to this era of crisis must divorce itself as much as possible from the impulse of rage and revenge. Instead, Muslims must turn inwards to reflect on how we can rediscover our full capacity and potential as a civilization, despite the challenges we face. As Muslims we must look into the totality of our condition and not let our problems be obscured by mere critiques of policy. We must ask: How are Muslims to envision a progressive resistance to empire, in light of the predominantly conservative and repressive trend of Muslim politics across the globe? Why are we so concerned about others threatening our faith when we’re so scared to voice out against the corrupt and despotic rulers up to the extent that we misconstrued tradition of the pious predecessors (as-salaf as-salih) to justify defending tyrant rulers of our land? In an age of oppression and fundamentalism how should Muslims envision freedom and liberation? And how do we build solidarity with non-Muslims towards achieving that end of ameliorating world civilisation? Islam is a religion of peace but peace is not just the absence of war.

More specifically, peace lies in having the right attitude to freedom, justice, equality and diversity. But we need not look far at the cultures of Muslims as a whole to see the serious extent to which we by and large are still struggling to practice a way of life that truly embodies those ideals. Not only is there a lack of Muslim consensus on the difficult issues of personal freedom, economic justice and pluralism, there is more often than not, a reluctance to discuss them openly and democratically. The problem of course extends further and deeper than just the need to simply discuss those issues. The real challenge is in constructing a society with the right cultural attitudes and institutions to ensure that justice, equality, freedom and diversity remain lived realities. This September 11, like every other one we have seen in the past decade, will no doubt consist of the usual mix of propaganda and righteous indignation from all sides. It is important however to keep in mind that as Muslims the problems we face as a civilisation were there long before September 11 and that at the end of the day we as Muslims have the responsibility to change our own condition, first and foremost, before putting the blame on others. “Verily, God does not change men’s condition unless they change their inner selves…” [13:11]The letter is jointly issued by:Ahmad Farouk MusaMohd Radziq JalaluddinAhmad Fuad RahmatEdry Faizal Eddy YusofIslamic Renaissance Front