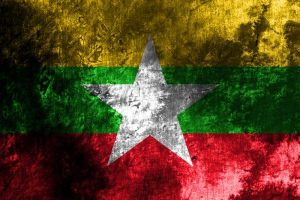 The execution of four well-known democracy activists by the military junta in Myanmar in June 2022 has angered and incensed those who cherish freedom and justice all over the world. The four, Phyo Zeyar Thaw, Kyaw Min Yu, Hla Myo Aung and Aung Thura Zaw have become immortalised in the noble struggle of the Myanmar people for their dignity and humanity. By killing these peaceful dissenters, the junta has in fact signed its own death warrant.

Since staging a coup against the democratically elected government of the day, the National League for Democracy (NLD), on the 1st of February 2021, the Myanmar military, the Tatmadaw, has become increasingly brutal and desperate. It has killed more than a thousand five hundred protesters including at least 44 children. It has detained thousands more. Torture of detainees is rife and rampant. Scores of people have disappeared.

Both the president, Min Nyint and State Counsellor, Aung San Suu Kyi are in jail. So are the Ministers, deputy Ministers and NLD members of parliament. Some civil servants, leaders of civil society, a number of Buddhist monks and scores of men and women from all walks of life are also behind bars. The media is shackled. The Judiciary is totally subservient to the junta. The universities are mere appendages of the bureaucracy. All formal religious institutions are under the dictates of the military elite.

Though Myanmar in the course of the last 60 years has known brief periods of freedom, it has been in the grip of the military most of the time since General Ne Win conducted a coup against the civilian government in 1962. It is against this backdrop that one should view the February 1st 2021 coup and the more recent execution of dissenters.

Given this tragic history of suppression and oppression, it is remarkable that the flame of dissent has been kept alive for so long in Myanmar. Even in the last two years since February 1st, a lot of ordinary people have openly defied the junta through actions such as the striking of pots and pans in unison – a symbolic attempt to drive away evil – and organising a silent strike on the first anniversary of the coup this year which saw the closing of shops and the halting of all outdoor activities as men, women and children stayed at home. There have been even signs of a civil disobedience movement developing in protest against the excesses of the junta. 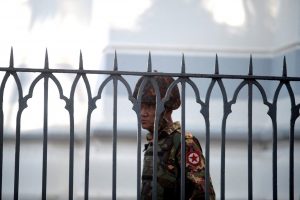 Even before the 2021 coup, in a situation where the military was already flexing its muscles, it is remarkable that millions of voters came out to support the NLD in the November 2020 election handing it a huge victory, 396 out of 476 parliamentary seats while the military backed party won only 33 seats. That was a dramatic expression of dissent within an environment where military dominance was overwhelmingly evident. Indeed, it is so obvious that it was because of the NLD’s performance that the military elite conducted the coup a few months later. The military elite knew that the people had repudiated its rule, had rejected its ruthless power.

When a people have demonstrated so much courage, shown such tenacity in the face of great odds, how should we as their neighbours respond? Some ASEAN governments have expressed unhappiness over the junta’s use of force against peaceful protestors but on the whole the regional grouping has refrained from advocating any punitive measures against the junta in Myanmar. The time has come for ASEAN to change its stand. As a collective it should now state explicitly that executing dissenters is the ultimate act of violence and it expects Myanmar to desist from such behaviour immediately. If it does not, then ASEAN will suspend all military, economic and educational ties with Myanmar. The same message should go out to all other countries that currently interact with Myanmar in these and other related spheres. Within Asia, China and India are cases in point.

It will not be easy for a number of ASEAN states or for China and India to act against Myanmar. They have often argued that such action will only drive a wedge between them and the ruling elite in Myanmar and it will become even more difficult to persuade the latter to change its behaviour. They forget that their present ‘soft’ stance has only encouraged the Myanmar military elite to become harsher and even more callous and cruel.

In this situation, civil society groups within ASEAN and Asia and citizens in general in the continent should pressurise their governments to act on the basis of fundamental moral principles. To do otherwise is not only a betrayal of their conscience but also a repudiation of those sacred values that lie at the heart of the illustrious civilisations that constitute our heritage.