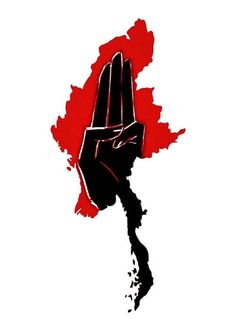 First, it is factually incorrect to say that previous generations of Rakhine nationalists had only cooperated with the dominant Burmese in the post-colonial Union of Burma, both during the first decade of the parliamentary democracy (January 1948 – March 1962) and the military rule (from 1962 to present, with a short-lived interval of semi-civilian rule of Aung San Suu Kyi).

The sovereignty-conscious Rakhine launched their liberation struggles immediately after the end of the WWII and the military defeat of Japanese Fascist occupational army, which armed and patronised both ethnic Rakhine and Burmese nationalists who signed up to fight against the British, Japan’s target in Burma and India.

In the fall of 1994, I interviewed the late colonel Chit Myint, the acting commander of Burma Rifle Five, who led the military operations against Rakhine’s armed insurrections, one of the two earliest armed revolts, the other of which was the armed rebellion by the Mujahideen, representing the people who have come to identify themselves as Rohingyas in the 1950’s. In the taped interview, he recalled, “My troops were fighting the Rakhine separatists when the whole country was celebrating the transfer of sovereignty from the British Government to the First President of independent Burma in Rangoon on Independence Day (4 January 1948).”[1]

Additionally, the retired colonel who relocated to Virginia where he lived until his passing several years ago shared his first-hand knowledge of how the senior leadership of the Burmese armed forces planned to militarily pre-empt any armed secessionist movements by any group by building military bases in the country’s non-majority regions such as Shan states in the disguise of military training schools and staff colleges.[2]

The anti-Shan sentiments – racism, to put it bluntly – in part stemmed from the fact that Shan traditional leaders were known to have openly objected to the post-WWII British leaders such as Labour PM Clement Atlee treating Aung San, the founder of the Burmese military who went to become the most influential nationalist leader, as the representative of the entire Burma made up of different ethnic groups. The decades-old accusations of Bama “Big Brother” or Bama Supremacy complex typically made by the national minorities (or ethnic nationalities) are fully justified.   Whatever their disagreement, Aung San Suu Kyi and the new generation of generals continue to drink from the same rotten racist-colonial ideological fountains.  The following letter (first the relevant excerpt and then the full-text) highlights how pervasive this Bama racism is among even liberally educated elites among the dominant Burmese families.

The 11-March-1975-dated letter was typed-written, signed and sent by Lord Gordon Gore-Booth, a senior British foreign office official and a family friend of Aung San Suu Kyi, to his colleague Thomas Brimelow regarding the anti-dictatorship popular protests in Shan state and Aung San Suu Kyi’s dismissal of them as anything other than events “contrived by Shan influences”.

Dr Maung Zarni is a UK-based fellow of the (Genocide) Documentation Center-Cambodia and co-founder of FORSEA, a Southeast Asian activist organisation. He is also the Burmese coordinator of the Free Rohingya Coalition. He has 30 years of engagement in activism, scholarship, politics and media. As a student in USA, he co-founded the Free Burma Coalition in 1995, and was widely recognised as a pioneering activist who effectively used the emerging Internet for human rights activism.