Friday, May 2 discussion on hudud in Malaysia at the Chinese Assembly Hall remained in the past of the last week but the waves of excitement are still buzzing in the air. The discussion that gathered at the table of lawyers, representatives of NGOs and of PAS as an initiator of implementing hudud in Kelantan, brought the feeling of strange alienation. 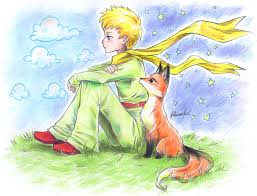 Somehow there was a feeling that some ideas were virtually imported to public space from another planets, as they do not have solid links to current realities. There would be no objection if somehow this import product were the Little Prince with his tame Fox from one cute planet in the space, bringing humility, acceptance, harmony, and responsibility for tamed minds with themselves, but this was not the case.

The MP Mohamed Hanipa Maidin representing PAS initiative at the forum surprisingly made a call for observing democratic rights a pivot of his presentation. As people of Kelantan opted for implementation of hudud, it is their democratic right to get the legal reform accomplished, stated MP.

This call for democracy is selective, however, because if people once decided to drink alcohol in the streets and allow gay marriages, there would not be such a concern about their wants. Thus, democracy is still appreciated only if its procedures comply with religious regulations. When it does not, liberal democracy is attributed with different ill-favored titles.

It is also tricky to use the democratic mechanism to obtain the public consent as an absolute prerequisite for positive outcome of implementing hudud. Hitler, whose birthday by the way marked one of recent days in April, also came to power in a democratic way.

Another thing about him that is worth to recall is that Nazism did not overwhelm public consciousness in one day, it required a period of cultivation in people’s minds. So when one of the participants of the press conference on hudud that was held in the morning of the same day at the Chinese Assembly Hall, noticed that this initiative is probably about ‘testing the water’ of public reaction, I thought that this is already a stage of ‘cultivating the soil’.

Nobody thought at the beginning that cultivation of anti-Semitic rhetoric would bring mass purges carried on by average people whose consciousness turned to be silenced enough by continuous propaganda.

“We have been selling hudud in Kelantan for more than 20 years and finally sold it”, – said Hanipa Maidin. Hardly the divinity that should stand behind hudud is a subject to trade. If it is a part of Islamic way of life and people decide to live according to what Allah had ordained, then why was it one of only a few products in the market of Malaysian Islamicity?

Probably, because it is a project that can be easier advertised, gaining more coins to PAS’ political saving box. Because there are many other noble works in the path of seeking God’s pleasure, like attaining social justice in the society, disregarding various denominations of its members, social balance, based on the acceptance of “the other”.

Until the world structure offers us the nation states model instead of borderless ummatan wasatan – the middle nation, the united community of Muslims, the best qualities of ummah should be performed on the state level in the first turn, including the equal treatment of the others.

The issue of Islamic governance also precedes the talk about implementing hudud if we are going to pursue Islamic way in all realms. If we are devotedly trying to follow the Islamic way of life, it becomes extremely important to define the leader first.

The early history of Islam and four righteous caliphs counts several practices of transferring the power to another person but all of them unanimously state that the leader should be skillful, pious, and knowledgeable in matters of faith. Certain consultation with the public in each case attains the necessary legitimacy for the leader.

Then if one is going now to perform Islamic practices in everything, not only in hudud aspect but also in all other regards well, it will be inevitable to question Malaysian monarchy and parliamentary system too.

Hudud requires justice in the first place that is drawn upon the just ruler. If we are to think about Islamic governance then we theoretically have to think about regime change, which would definitely lead to constitutional crisis.

Meanwhile, PAS puts its efforts on implementation of hudud for more Islamism to enter into Malaysian life when it actually violates the principle of equality laid in the constitution and is a recipe for another constitutional crisis. The intended law obviously contravenes Article 8 of the Federal Constitution where every citizen is equal under the law.

There cannot be two separate laws for criminal offences as it is a discrimination on ground only of religion and therefore, unconstitutional.

PAS MP stressed that hudud is meant for a perfect Islamic government. While it is better to put aside the governance, perfectionism in general is also far from being a norm in life. That is why Islam must be operationalized through pursuing equality, compassion, social cohesion and hard work. It should have laid the platform for the ultimate aim of Islamic governance: justice and equality.

Another panelist at the forum, the Director of the Islamic Renaissance Front Dr Ahmad Farouk Musa in his presentation quoted excerpts from the research conducted in George Washington University by Scheherazade S. Rehman and Hossein Askari on how really Islamic are Islamic countries.

The research was quite profound, and conducted by Muslim scholars, it reminds about that any positive change starts from the ability for self-criticism. It turned that according to a number of parameters, European countries are more Islamic in terms of observing Islamic values, than the Muslim countries themselves.

When this research was published in 2010, the place of Malaysia was very reassuring, as it stood first among all the Muslim countries in the list occupying 38th position. Saudi Arabia then earned a very modest 131st place, disregarding its territorial significance in the eyes of Muslims all over the globe and seeming example of Islamicity.

Lamentably, no one at the forum on hudud, apart from the PAS MP, of course, voiced support for the initiative. It could have been good to listen to the residents of Kelantan who support the proposed changes however the majority of Muslims and non-Muslims who came that night expressed their unreserved concern.

Dr Farouk Musa proposed at the forum that study trips for the Kelantan delegates should be arranged not to Brunei to learn about hudud but to New Zealand that ranked the first in Islamicity Index to learn about good governance first.

However, there is a terrific temptation to suggest that study trips for the proponents of the Islamic state must be first arranged to homes of Malaysian minorities who do not see more justice coming with hudud and another selective means of bringing more Islam into public life.

Let the ‘straight path’ first lead Muslim elites to learn more about needs of the pluralistic society as a whole. Unless of course if the needs of non-Malays non-Muslims are considered somehow less important and insignificant.

The article was published on The Malaysian Insider at: http://www.themalaysianinsider.com/sideviews/article/hudud-sold-out-mahsa-amiri