Iran’s optimism over the failure of negotiations

Although Tehran’s nuclear talks with the P5+1 group ended with no concrete agreement between the sides, various actors in Iranian politics and media are painting the negotiations in a generally positive light, despite differing visions of future prospects for Western-Iranian cooperation. What does this reveal about Tehran’s current position, and what are the implications for Iranian-Russian relations? 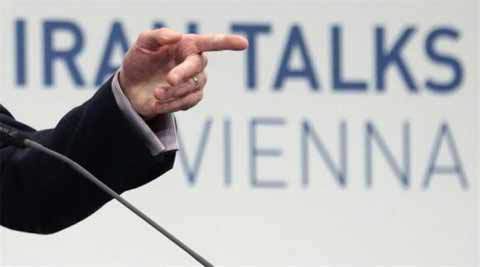 On November 24th, 2014, Iranian Minister of Foreign Affairs Mohammad Javad Zarif repeated Iran’s hoary statement about the need to create a “win-win” situation in the nuclear negotiations with the P5+1 group. Otherwise, he said, if one wants to play a zero-sum game, failures are unavoidable[1]. If it were only for Zarif, his liberal, open-minded approach, and his American colleague John Kerry, they could probably have negotiated that “win-win” outcome. However, the case became complicated for the very reason that, “win” for some concerned parties does not necessarily mean the same for the others.

Following the confirmation of the P5+1 group’s failure to strike a deal with Iran on November 24th in Vienna, analysts of different stripes are now savoring the sophisticated picture of the predicament, which not only concerns Kerry and Zarif, but also includes broader coalitions of parties opposed to the idea of an agreement (and even to negotiations), both in the U.S. and in Iran. To them we must add the third parties trying to exert their influence in order not to let the deal happen – Israel and Saudi Arabia. Therefore, to describe the progress in negotiations in terms of achievement or failure would be incorrect, because of the multiple, at times contradictory, interests that surround the talks.

The Iranian mainstream narrative for the nuclear negotiations, the inability of the parties to reach a deal and the prospects for the months leading up to the deadline on July 1st, 2015 is generally an optimistic one. Disregarding the predictable absence of agreement, the negotiations are all in all considered to have been a success, and in some cases the achieved improvements are being seen as irreversible.

Professor Sadeq Zibakalam has compared the negotiations with the properties of elastic materials: The process stretched the material of the relationship between Iran and the West to the degree that it resulted in an irreversible change in its nature - the elastic will never return to its previous state. The same opinion has been echoed in Russian media as well[2].

The proponents of this point of view believe there is too much at stake already and too many efforts have been invested in the attempt to re-build political bridges between Iran and the West for the parties to simply return to square one. In our mind, this high-running optimism, displayed in an attempt to reassure the Iranian audience over the upcoming deal, is not very plausible. It has been too short a period of subtle diplomacy between Tehran and Washington after the long-running harsh rhetoric that predated the Rouhani government for anyone to be sure that the two 35-year old enemies have worked out solutions to their fundamental contradictions.

Just a day before the official results of this round of negotiations were announced, the Iranian website Tabnak argued that since the year of negotiations had resulted in a general political agreement, the parties would definitely continue negotiations even if they require an extension, though Tabnak’s forecast predicted that the extension will not be established for more than two months[3].

The Etelaat newspaper, meanwhile, approved of the scenario that was played out in Vienna, since Iran neither gave in to the pressure of foreign powers nor walked away from the negotiations. According to Etelaat’s Fathollah Amoli[4], the time was probably not right for striking a deal, but agreeing to an extension was the correct option for Iran to choose. Iran’s increasing importance in the region in light of the rise of the Islamic State of Iraq and Syria (ISIS), in his mind, may spur the necessary improvement in relations between Iran and the West before the next deadline comes around.

Some observers, like the editor of the Iran newspaper Mohammad Nouri, decided it was just not the right time for this deal, because there are a number of political issues that must first be resolved. Nouri underlined that achieving results in such circumstances takes much more than just the goodwill and professionalism of the negotiating team[5]. Interestingly, the same point was proposed by the conservative speaker of parliament Ali Larijani. His brother Sadeq Larijani, the head of Iran’s judicial system, blamed the United States and the West for the failure to reach an agreement, but essentially also supported the continuation of talks[6].

The Larijanis still remember the outrageous move by former president Mahmoud Ahmadinejad, who shared an incriminating recording of their brother, Mohammad Javad Larijani, in a parliamentary session in February 2013. But why have the Larijanis have remained moderately supportive, despite numerous ultimatum-like requests by the parliament to the Ministry of Foreign Affairs to produce thorough explanations of their actions in the negotiations? It seems that there is a general feeling that changes are probably on the way with the potential deal, and the moderates, empowered by the possibility of forthcoming success, will not be seen to be praising extremists.

Indeed, Ali Larijani eventually found diplomatic ways to prevent even the promulgation of the bill proposed by a group of MPs, who sought to subject the nuclear agreement to final approval by the Majlis, which at this point remains unnecessary.

In some sense, Iranian ultraconservatives remained satisfied with the outcome as well, praising the failure to reach a comprehensive agreement[7]. The conservative Kayhan newspaper lamented the fact that a year had been spent on a so-called trust-building process that was one-sided and upheld only by Iran, yet noted that nonetheless this had not succeeded in proving to Tehran or to Washington that these negotiations represent nothing more than a stalemate[8].

The spectrum of opinions in Iran about the nuclear deal reveals an unnerving prospect for Russia’s role as its key partner. Apparently, reformists and moderates, who were observing the negotiations with bated breath throughout the year, are more inclined toward scenarios that might bring a reopening of its normal contacts with the West rather than Russia. Therefore, the perspectives for strengthening Russian-Iranian ties have indirectly became a consequence of the efforts made by ultraconservatives and groups of interests who would like to sabotage the agreement and negotiations with the West in general.

It was hardly coincidence that Iran and Russia recently saw an intense exchange of working visits at the ministerial level as well as those involving delegations of businessmen and investors, starting right on the eve of the deadline for negotiations with the P5+1. The Iranian deputy ministers of foreign affairs, the interior and industry, as well as of culture and Islamic orientation, paid visits to Russia to strengthen ties and discuss mutually favorable opportunities. Meanwhile, Russian representatives of businesses visited Tehran alongside a delegation from the Ministry of Energy and the minister of economic development. This was all in addition to the recent oil deal, agreements to counter the ISIS insurgency, a commitment to guard the Caspian Sea against foreign intervention, and a pledge to replace the dollar as a currency in bilateral trade.

Remarkably, the Atomic Energy Organization of Iran (AEOI) and Rosatom signed an agreement on November 11, 2014 on the construction of two new reactors in Bushehr. Let us not forget about the time it took Russia to complete work on the first reactor. Whatever political reason it had for such an extension, the wound of the continuous delay of the launch date and contract price increase, soured by Russia’s refusal to carry out its obligations on supplying the S-300 missile system, makes the now-distrustful Iranians consider that continuing to pour money into Russia’s pocket under these conditions would not be especially wise[9]. At the same time Tehran appreciates Moscow’s support in the nuclear negotiations and a broader political alliance. Russia in its turn has long stated that the potential for bilateral cooperation is being unforgivably neglected. Further to the above, the situation with Ukraine and the anti-Russian sanctions somehow pulled the countries together. Not because Iran has a commitment to help or interfere in the Ukrainian crisis (which it does not), but because they found themselves in the same infamous club of sanctioned states with a streak of anti-Americanism in the past and its persistent ghost in the present.

Meanwhile, Iranian experts continue to maintain that Moscow’s lack of enthusiasm about the P5+1 negotiations is down to Russia’s interest in holding onto its role as Iran’s trade and political partner, although they do not claim that Russia is preventing the agreement either. With the recent international pressure, Moscow does not want to be left alone in the club of sanctioned powers[10].

However, Russia and Iran still need much lesser time and effort to strengthen mutual trust than is required for Iran and the U.S to build bridges. The alliance with Moscow does not have an implication of ideological-cultural threat either – a fact that is being stressed by inflexible Iranian elites concerned about the system’s stability.

Thus, for the time being, with the contracts signed, Tehran and Moscow have paved the way to more intense, and probably more productive, cooperation. After all, the Iranian nuclear stalemate has already cost more than a decade of negotiations and exaggerated expectations; there is no guarantee it is going to be resolved in seven months. Meanwhile, elites in both capitals are preoccupied with the need to solve their respective challenges. Besides, this relationship promises to be more irreversible than the as-yet-insubstantial achievements of relaxing Iranian-American tension.

Julia Sveshnikova is a Policy Analyst with the Islamic Renaissance Front. She holds a degree in Law from the Higher School of Economics, Moscow, Russia and accomplished her PhD in World Politics at the same university. Amir Roknifard is an information security specialist with an interest in Middle East politics. This essay was first published by Russia Direct at http://www.russia-direct.org/analysis/irans-optimism-over-failure-negotiations.