An Interview with Free Malaysia Today

The ritual slaughter during Hari Raya Aidil Adha serves as a symbolic reminder of the epic sacrifice of Abraham and Ishmael. To the Christian tradition, he was Isaac, not Ishmael. Ainaa Aiman (AA) from Free Malaysia Today interviewed the Director of Islamic Renaissance Front, Dr Ahmad Farouk Musa (AFM) on the 7thof August 2019. 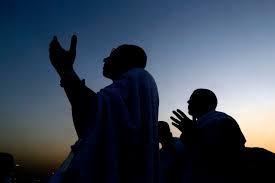 AA: Hi Dr. Farouk! My name is Ainaa Aiman, a journalist from Free Malaysia Today. I was wondering if I can get your insight for an article about Raya Haji and ritual slaughter. Recently we have seen a trend of ritual slaughter being a widely celebrated event, having it be done in the open public and also sometimes excessively. Many also would post, boast, and joke about slaughtering cows on social media and what not. I was wondering if you have any input on whether this was in line with what Islam promotes in this practice. From what I understand the animals should be treated with respect and slaughters needed to be done away from the public eye with only directly involved individuals around. Is this right sir?

Based on your observations, how far are Malaysian trends on Raya Haji stray from the Islamic hukumin this regard. Do you have any recommendations on how we should carry out such rituals in our mosques and suraus? Can it be carried out in other places? Does or should it be hidden? Also, in terms of excess, is there a problem with wastage? Do we slaughter more than we can give away to the poor? How would this affect, say, food security? Do you think Malaysia faces a problem with this?

AFM: Obviously this is a very controversial issue for being a highly celebrated occasion on one hand but also seen as an act of animal cruelty on the other hand. Yes, this is a philosophical thing but simply mentioning God’s name during slaughtering does not make the meat halal. The way the animal is slaughtered is paramount. Some scholars have said that if animals were subjected to cruelties in their breeding, transport, slaughter, or in their general welfare, meat from them is considered impure an unlawful to eat. Didn’t the Prophet himself advised his followers “Fear God in regards to these animals who cannot speak their will”.

The Prophet also taught his followers not to slaughter an animal in front of another to avoid fear and anxiety. And to be merciful and compassionate towards the animal being killed. But I have not seen this in this country in particular, where the animals were brutally treated, dragged to the field, and slaughtered without stunning in the open. Wouldn’t it be more hygienic if slaughtering is done at a designated abattoir, and that stunning is done prior to the act? Research has shown that if animal is concussed through stunning, signals corresponding to pain disappear. Wouldn’t it be more merciful that way, henceforth, more Islamic? 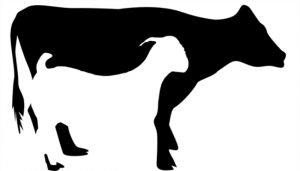 All in all, I think Muslims should rethink about this whole idea regarding animal sacrifice. There seems to be a misimpression in this country that the whole point of Eid al-Adha is to slaughter sheep or cattle. I believe that the point is not about the sheep or the meat, but about the sharing and the feeling of brotherhood and sisterhood. In this respect, I concur with the scholar Prof Khaled Abou Fadl, that money can be dispensed directly to the needy so that they may feed themselves in the way they think most befitting for themselves.

AA: What about the excess? Is wastage a big problem? I heard at times cows are being imported just to be slaughtered for Raya Aidil Adha.

AFM: I am not too sure about wastage in this country since there are many who are still poor and in need. But I am more concerned about animal cruelty when they were transported in containers for journeys that could take weeks from Australia or New Zealand. And some might die from dehydration or malnutrition while they stand immobilized in their own faces.

AA: How about on the issue of posting these pictures on social media? What’s the stand on that aspect?

AFM: I think it lacks sensitivity. We have to understand that we live in a multiracial county with some people being vegans and some consider cattle as sacred. Any act to share the photos of animals especially cattle being slaughtered basically portrays the lack of sensitivities among the Muslims.

AA: Okay. Thank you Dr Farouk! Will be in touch if I have any further questions. Thank you for your time.