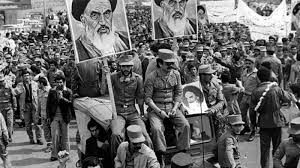 Developments in the Islamic world since the Iranian Revolution in 1979 have clearly demonstrated that the relationship between democratization and the Islamic resurgence is complex; and is a very important element in the political dynamics of the contemporary Muslim world. For many in the West, the concept of “Islamic democracy” is perhaps, anathema. Since democracy is in essential, a contested concept; it is imperative to understand the perception of democracy within the movements of the current Islamic resurgence. In the Muslim world, this contestation raises the challenge of defining Islamic democracy in a way that is appropriate both to the demands of the increasing popular political participation and to the desire to establish a clearly and authentically Islamic polity.

In Islamic history, there are a few important concepts and images that shape the contemporary visions of what a just human society would be. Irrespective of the differing views in defining Islamic democracy, the main core concept accepted by almost every tradition in Islam is the concept of tawhīd, simply defined as “the conviction and witnessing that there is no god but God, and that at the core of the Islamic religious experience, therefore, stands God Who is unique and Whose will is the imperative and guide for all men’s lives.”

Within this framework, it can be argued that the absolute sovereignty of God makes any human hierarchy impossible since before God, all human are equal. Thus, tawhīd provides the conceptual and theological foundation for an active emphasis on equality within the political system. As early as the time of Muawiyah, the leader after the end of the reign of the rightly guided Caliphs, a hierarchical, dictatorial system has historically been condemned as non-Islamic.

Thus tawhīd has become the basis for going beyond the affirmation of equality to the call for the revolutionary overthrow of oppressive dictators. In Iran, Ali Syari’ati in his important book “On the Sociology of Islam” wrote that in “the world-view of tawhīd, man fears only one power, and is answerable before only one judge… Tawhīdbestows upon man independence and dignity. Submission to Him alone – the supreme norm of all being – impels man to revolt against all lying powers”. In this context, the Iranian revolution could be called “the revolution of Tawhīd.” Although tawhīd might be used as a basis for a non-democratic state, as shown throughout Islamic history; it also provides the foundation for ideologies of equality and revolution against arbitrary rule.

In the field of political theory, especially relating to democracy, Muslim scholars and activists are in a time of major transition. Many believe that the global processes of religious resurgence and democratization can be complementary. One scholar in particular that stands out among the others in promoting Islamic democracy is Rachid Ghannouchi, the renowned Tunisian Islamist political activist who lives in exile in Britain currently*. 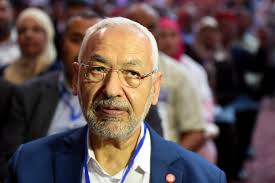 Ghannouchi was the leader of Hizb an-Nahdah, the Renaissance Party. An-Nahdah was founded in 1988 after Ghannouchi was released from prison for his political activism with Harakah al-Ittijah al-Islami, the Islamic Tendency Movement, which was founded earlier in 1981. It was in the privacy of his prison cells where Ghannouchi had ample time to reflect and to study the ideas of Muhammad Abduh – who had twice visited Tunis and had associates there – and many other Islamic scholars including Ibnu Asyur and Malik Bennabi.

Malik Bennabi, an Algerian scholar; whom Ghannouchi hails as a pillar of Islamic thought and a revivalist of Ibnu Khaldun’s rationalism, had a profound influence on him. Ghannouchi conceives of Islamic rationalism as the dualism of reason and revelation as sources of knowledge. Revelation’s relation to reason is like that of the eye to light; neither may exist without the other.

While in prison, Ghannouchi translated into Arabic Bennabi’s lecture in French titled Ad-Dimuqratiyah fil-Islam(Democracy in Islam). It was in this treatise where Ghannouchi found the answer to the question “Is there democracy in Islam?”

Bennabi, according to Ghannouchi, stressed that the answer to such a question is not necessarily from a given rule of fiqh(jurisprudence) deduced from the Qur’an or the Sunnah (traditions of the Prophet); but is obtainable from a comprehensive understanding of the essence of Islam. An Islamic model of democracy would not be restricted to endowing man with political or social rights, but would endow him with a value that surpasses every political or social value, a value proclaimed in Qur’ānic verse number 70, chapter 17: “Now, indeed, We have conferred dignity on the children of Adam.” This verse was revealed as if to lay the foundations for a democratic model that is superior to every other model, where the divine element within man is taken into consideration and not just the human or social aspects as in the other models. Thus, a kind of sanctity is endowed upon man; raising his value above whatever value other models may give to him.

Having translated Bennabi’s Ad-Dimuqratiyah fil-Islam, Ghannouchi decided to write a book on liberties. Published in 1993, Al-Hurriyah al_’Ammah fid-Dawlah al-Islamiyyah(Public Liberties in the Islamic State), is considered one of the most important books in contemporary Islamic political thought.

In this book, Ghannouchi perceives democracy as being the upshot of a far-reaching historical evolution. He argues that the Europeans benefitted from the Islamic civilization in creating profoundly enlightened conceptions of social values whose fruit was the emergence of liberal democracy. In other words, democracy is a Western version of Islam’s syūra (mutual consensus). Muslim rulers after the Guided Caliphate era had suspended the practice of syūra in selecting the ruler. The suspension continued until modern times when other nations excelled the Muslims in respecting the freedom of expression and in guaranteeing political liberties. Metaphorically, when the tree of syūrawithered in the land of Islam for lack of maintenance, its seed landed, that is during the Renaissance, in the lands of the Europeans where the tree of democracy grew and blossomed.

The Concept of Faraghat (Spaces for Ijtihad – Independent Reasoning)

The central theme in Ghannouchi’s thought is that democracy is compatible with Islam, and that Muslims need to incorporate it into their political thought in order to institutionalize the concept of syūra. Ghannouchi asserted that more importantly, the inherent values of democracy as depicted during the time of the Prophet and al-Khilāfah ar-Rāsyidah (The Rightly Guided Caliphate) are implemented based on the principles, and not the model.

He argues that some Islamists’ hostility toward democracy is due to the lack of understanding of the nature of Islam as well as of the historical development of the Muslims’ approach to the question of governance. He proposes the idea that Islam includesfaraghat (spaces) or areas left for humans to fill in accordance with the respective needs and exigencies of times and places.

Ghannouchi finds irrefutable evidence to the existence of these faraghat in the documented conduct of the Prophet and his companions. He distinguishes between what he calls ad-deeni (the religious, sacred, or absolute) and as-siyāsi (the political, profane or relative). While no disputes ever erupted among the early Muslims pertaining to ad-deeni, that is in matter of ‘aqīdah(faith) or ‘ibādah (worship); they however disagreed over matters pertaining to the second category, as-siyāsi; that is on how to administer political affairs, and on the qualifications and powers of rulers. Ghannouchi quotes a renowned Muslim historian, asy-Syahrastani as saying that it was on the question of khilāfah(caliphate), or power, that Muslims drew their swords, fought each other, and shed the blood of one another.

If Islam is the final divine revelation to humanity, he argues, it is only appropriate that no fixed prescriptions are given for matters that are of changing nature. And thanks to the existence of faraghat, Muslims can exercise their ijtihād to devise suitable solutions for emerging problems, and hence to be fit for all times and places. He strongly asserted that it would be rather naïve to think that all is required for khilāfah to be reinstated would be for Muslims to execute a set of ahkām (rules). What role then remains forummah, for ijtihād, or for ‘aql (reason) if Islam is conceived of as encompassing, or catering for, all requirements?

To reiterate his ideas, Ghannouchi pointed to the history during the battle of Badr, the first battle in the history of Islam. The Prophet ordered his troops to take a position that would have left the water wells between them and their opponents. A companion by the name al-Habbab ibnul-Munzir asked whether that was a position God guided the Prophet top or a matter of ar-rā’iy wal-harb wal-makīdah (opinion and war strategy making). The Prophet said it was based on his personal ijtihad. The companion, who had been an experienced war commander, suggested that strategically the position was not the best, and that it would be better to deploy beyond the wells so that the enemy could not have access to the water. The Prophet agreed and the companion’s plan was implemented.

The fact Ghannouchi seeks to highlight is that the edifice of Islam, which the Prophet left behind, was complete with regard to the foundations and the structural components pertaining to ad-deeni. Apart from that, the companions had no hesitation to regard the second area of faragh (space), where they too could exercise ijtihād if and when necessary, whether during the life of the Prophet or after his death. Meaning to say, the structural components pertaining to as-siyāsi were left for the coming generations to devise and improvise.

Ghannouchi’s main interest has been to stress for the need for democracy, to prove its compatibility with Islam and to analyze the obstacles hindering its success in the Muslim world. However, democracy has its enemies, both domestically and internationally; and numerous obstacles will hinder its progress. Ghannouchi is keen to emphasize that while struggling against external obstacles to democracy in the Muslim world, it is of equal importance to struggle against endogenous obstacles through education, re-reading of Islamic history, and activation of ijtihād.

The political environment prevalent in much of the Muslim world today does not make Ghannouchi’s task easy. Ghannouchi himself is a victim of a regime that does not tolerate the most moderate of idea if deemed threatening to its monopoly of power. His movement, Hizb an-Nahdah (The Renaissance Party) is outlawed and its members are persecuted or banished for no crime other than calling for democratization. Ghannouchi’s work is still ongoing; he may not even reached the zenith of his contribution yet. His exile in Britain, despite the pain it causes him, hopefully may have given him a space for the maturation of his political thoughts and ideas; for the benefit of the whole ummah in this age of globalization.

*This article was initially written in July 2010 and published by Harakahdaily under the title Reformulating Islamic Democracy. During that time Rachid Ghannoushi was still in exile in London. He went into exile in 1989 and after 22 years, returned back to Tunusia in January 2011 with a hero’s welcome. Ghannoushi’s Hizb an-Nahdah – The Renaissance Party – won Tunisia’s first free election recently, ten months after an uprising that brought down ruler Zine al-Abidine Ben Ali, who had banned the group and imprisoned Ghannoushi before he took up home as an exile in London. Hizb an-Nahdah pledged to continue democracy after the first vote that resulted from the “Arab Spring” revolts sweeping the Middle East and North Africa.