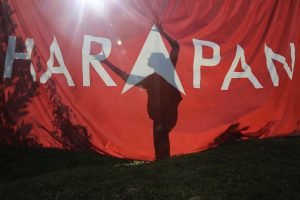 A major challenge confronting the Pakatan Harapan government after the GE14 is the construction of institutions and values premised on democracy, social justice, and universal humanism. While these are the inspirations of the new government, they might not necessarily be shared by the Malay Muslims majority, particularly those in the east-coast of the peninsula. In fact, a recent Merdeka Centre survey found that only 24% of Malays agreed with the direction the new government is paving. And while the last GE saw the Pakatan government winning 121 parliamentary seats, they actually won just 48% of the popular vote. The former ruling party UMNO and its former nemesis PAS have forged an alliance and creating a new political equation that might threaten the current government in the next GE. Adding UMNO and PAS together would probably constitute slightly more than 50% of the Malay vote. The hard fact is that Malays make up 74% of the B40 group having an aggregate household income of below MYR4360 per month. And the basic issues that trouble this group are the high living costs and the fear that their ethnic privileges are being compromised and eroded; not on the issue of leakages and corruption. They voted in the new government believing that the GST would be abolished and that this would in turn result in a lower price of goods, that fuel prices would go down, student loan repayment would be deferred, and that road tolls would be abolished. But those have not happened and the group is now feeling the pinch leading to disenchantment with the government. What more with the growing perception that the Chinese-dominated DAP are the ones steering the government, side-lining Malay interests, and making a mockery of Islam and the Malay rulers. This was evidently clear when the government had to backtrack on two major issues on ratifying the ICERD – International Convention on the Elimination of All Forms of Racial Discrimination – and ratifying the Rome Statute to avoid Malay backlash. Unless the new government acts fast to stop this erosion of Malay trust, the UMNO-PAS alliance will grow at a very fast rate and would be a more formidable opponent in the next GE. And although unpopular, the new government has to also play a proactive role in promoting Islam that is qualitatively different from the narrow and inflexible version advocated by literal Islam and the previous government. Pandering to the Malay-Muslim extremists’ view would only lead to a major catastrophe later on though it might be a gratifying moment for the time being. 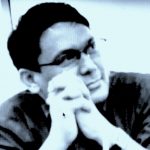 Dato’ Dr Ahmad Farouk Musa is a Founder and Director at the Islamic Renaissance Front, a think tank advocating reform and renewal in Islam. This paper will be presented at the Institute of Southeast Asian Studies – ISEAS-Yusof Ishak Institute, National University of Singapore on Monday, 26thAugust 2019.