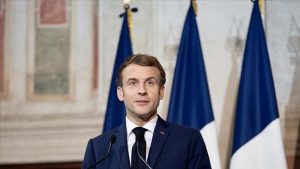 In yet another Islamophobic measure, the French regime is set to establish a new body to manage the largest Muslim population in the European Union: The Forum of Islam in France. This forum will consist of people selected by Paris, not to represent the Muslim community but to help Macron shape Islam in France’s own image.

Macron and his ministers assert that the forum will prevent extremism, curb the influence of foreign powers in affairs of religious minorities in France and ensure that Muslims abide by the country’s claims of secularism in public life. It is difficult to take these justifications seriously when at the same time, the French regime is to double its funding of Christian schools in countries with large Muslim populations.

For a self-proclaimed secular country like France to fund foreign Christian schools would seem to contradict its policy on Islam and Muslims at home. Alas, we have all become so used to the double standards of Western powers that such contradictions rarely surprise us anymore.

Western powers have a long history of preaching democracy at home and supporting tyrants and thugs abroad, and one could argue that France is engaging in this usual absent-minded hypocrisy. However, since the early 1990s, successive regimes in France have embarked on a crusade against expressions of Muslimness.

Many analysts assume that the Islamophobia of Macron is only an election ploy. However, this view neglects how Islamophobia does not retreat to the pre-election levels after each election campaign but settles, and the subsequent campaign extends it further.

As a result of this constant ratcheting, Islamophobia has spread from being the preserve of right-wing parties to becoming the default position of large sections of the French state and society across the political spectrum.

Islamophobia is being mainstreamed across the world 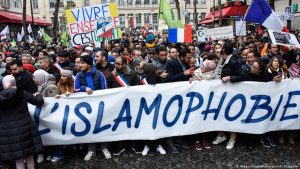 The effect of this normalization of Islamophobia ranges from police harassment and violence against Muslims, discrimination in employment opportunities, the use of numerous administrative processes to ban Muslim civil and human rights organizations, including, for example, the Collective Against Islamophobia in France, which recorded and reported on racism directed at Muslims. So not only has the French establishment promoted Islamophobic policies, but they have sought to silence those who combat Islamophobia and raise awareness of its consequences.

It would be a mistake to see the intensification of Islamophobia in France as being isolated episodes. Islamophobia is being mainstreamed across the world. Ultra-nationalist regimes throughout the world are increasingly expressing their fears and desires through the language of Islamophobia. This mainstreaming means increasing convergence in the justifications that Islamophobes use to explain their discriminatory actions.

What is especially dangerous about the mainstreaming of Islamophobia in France is not only that it directly threatens the livelihoods of six million Muslims, but it has been fostered for decades in a well-known, established liberal democracy. Thus, showing that Islamophobia is not only associated with military dictatorships, totalitarian regimes, settler-colonies, or dynastic despots. Liberalism and democracy have been complicit with colonialism, racism and there is no reason that they cannot be complicit with Islamophobia.

Islamophobic policies as a form of racism

Islamophobia is not about hate against Muslims or disputes about matters of faith. It is a type of racism that targets behaviors and groups that are perceived to exhibit Muslimness. Islamophobia is not just about attacks on Muslims on the street by individuals; it is also about discrimination by institutions. Racism is not just beliefs that people carry in their heads; rather, it is a system of rule. What is crucial to it is not the existence of “races” but the process of racialization.

That is a process that converts social groupings into identifiable biological groups. For example, when Muslims go through airports, there is an entire system of surveillance that identifies them according to how they dress, how they appear, the countries they come from or go to, what they carry in their hand luggage, how they speak. The system of surveillance identifies Muslims not based on devotional status or individual intentions and characteristics but on whether they bear the marks of Muslimness.

Muslimness, however, is not simply a matter of hijabs, beards, and halal food; it is increasingly seen as an identity that is connected across the globe rather than contained in the nation-state. The figure of the Muslim is presented as being anti-national, she is made to be a sign of dual loyalty, irredeemably alien, a sign that the nation is not whole. 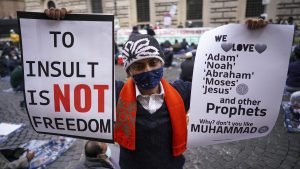 Secularization means undoing Muslimness. Secularization is not the separation of the “church” from the state; in relation to Muslims, it means annexation by the state of Islamic institutions and their compulsory nationalization. Attempts to nationalize Muslims and cut them off from any sense of ummah-like solidarity is a feature of Islamophobic regimes across the world.

It is not the belief in secularism that drives the French regime but colonial nostalgia. Paris cannot come to terms with the decline of its place on the world stage and sees in the stubborn persistence of Muslimness an affront to its sense of an imagined self. The advance of Islamophobia in France as elsewhere in the world heralds the replacement of the promise of inclusive citizenship with apartheid of colonial rule.

If the Forum of Islam in France were about reconciling Muslimness with French identity, it would have a structure that represents Muslim voices rather than being complicit with the silencing of Muslims. It would not be a body of regime appointees. It would accept that Islamophobia is the problem in France, not Muslimness. It would accept that Islamophobia is a type of racism and needs to be resisted, not promoted. It would recognize the struggle against Islamophobia is not just a struggle for justice for Muslims or those who are perceived to be Muslims or allies of Muslims rather, it is a struggle to preserve and expand the hard-won freedoms for all.

Dr Salman Sayyid is a Professor of Decolonial Thought and Rhetoric at the University of Leeds, United Kingdom. He is the author of the book “Recalling the Caliphate: Decolonisation and World Order”. This essay was first published by Anadolu Agency at https://www.aa.com.tr/en/analysis/opinion-macrons-colonial-nostalgia-anti-muslim-islamic-project/2498784#