OUR HUMANITY ; OUR IDENTITY 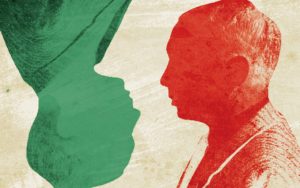 Identity politics has been on the ascendancy in many parts of the world in the last few decades. Its relationship to ethnicity, culture and religion is what concerns us at this point. To understand this relationship one has to consider the context. We should also try to explain the impact of identity politics upon religion itself.

The United States of America is that one country where identity politics has become more prominent in recent times. Significant elements within the majority community feel that their power has been eroded not only by the alleged assertiveness of the African-American minority (Barack Obama was president of the USA for 8 years from 2008 to 2016) but also by the growing educational and economic clout of the Asian-American communities. Besides, there is the increasing presence of the Hispanic minority and its demographic implications for the country as a whole. Fear of these changes has been exaggerated and distorted to mobilise White supremacist sentiment.

A parallel development of sorts has been occurring in parts of Europe. Segments of the White majority have become antagonistic towards minorities many of whom profess Islam. Cultural differences aside, the flow of migrants from West Asia and parts of the African continent— a huge chuck struggling to survive — has intensified resentment and anger on the part of the majority. If anything, heightened unemployment in some of the host societies has exacerbated the situation. The newly arrived migrant often becomes the target of racist attacks.

Outside Europe and the US, there is another state, psychologically part of the West, where the racist temperature has also risen significantly. This is Israel where identity politics has become a major force marked by anti- Arab and anti-Muslim sentiments among the Jewish population. Needless to say these sentiments are antithetical to Jewish philosophy itself.

Within Israel’s neighbourhood, the emergence of a state committed to Islam as ideology has reinforced identity politics. There are of course other states in the region which also define themselves in terms of religion. When a state projects a religious identity, its internal dichotomies and divisions are often concealed and camouflaged, giving the erroneous impression that a harmonious whole prevails. 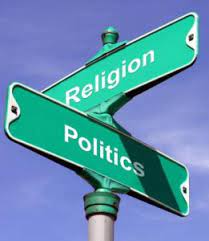 As the state’s religious identity becomes more and more decisive, inter-religious ties and even intra-religious relationships are transformed in accordance with the dominant religious complexion of the day. Indeed, even the nation’s history and its evolution is re-interpreted to reflect the narrative set by the national elite. This is happening in a South Asian state today where ancient rites and rituals are revived in order to articulate an explicit religious identity which undermines the rich diversity and cosmopolitan character of its past and present.

Revivalisms of this sort are often linked to the pursuit and perpetuation of power. We are now witnessing how facets of religion are being exploited to serve the narrow interests of a military-cum –political elite in a certain Southeast Asian state. It has resulted in a situation in which the universal message of peace and compassion at the core of the religion’s teachings has been perverted to legitimise an elite’s obsession with power and wealth.

It is obvious that a variety of factors are responsible for the articulation of identity politics through religion and ethnicity. Politics, power, elite interests and changing economic circumstances, sometimes combine with re-interpretations of religious texts to endow identity politics with a dynamism of its own. As we have hinted, identity politics is seldom the essence of faith. It is not at the crux and core of the philosophy of any religion. 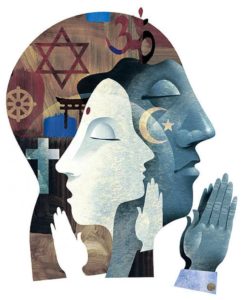 To appreciate this, one has to look at what the illustrious prophets and sages taught at the outset of their mission. The long line of Hebrew prophets was concerned about justice. The Hindu sages focused upon righteous conduct. The Buddha’s primary goal was to restore compassion in the conduct of human affairs. For Jesus Christ love was his central purpose. The quintessence of the Quranic message is justice and compassion embodied in the Oneness of God ( Tauhid) which is the foundation of the unity of creation and the solidarity of the human family.

Within such a vision, there is no room for sectarianism, for a ‘us versus them’ dichotomy. Identity politics thrives upon such divisions. When common values are emphasised, when shared principles are highlighted, it is our common humanity that shines forth.

For that to happen, a radical psychological shift will have to occur in the way in which we understand and practise faith. It is the deed we perform rather than the word we profess that will define who we are and what we are. It is what we do that will signal our humanity. And our humanity will define our identity — our true, real identity.