Speech delivered by Ahmad Farouk Musa, on 8th December 2019, during the 10th Anniversary of the Islamic Renaissance Front, Kuala Lumpur. Today, we are celebrating the 10th year after the inaugural launch of the IRF on 12th December 2009 at the Securities Commission, Mont Kiara, Kuala Lumpur by Prof Tariq Ramadan in the presence of Prof Muhammad Kamal Hassan, the former Rector of UIA. Though officially IRF was registered on 30th October 2007 while I was still working at Monash Medical Centre in Melbourne, Australia; it was not until 2008 when we started to hold small meetings, usrahs, and book dissections, at the Wilayah Mosque and later moved to my neighbourhood at Duta Nusantara, Sri Hartamas. None of these could have been possible without the help of Sister Asnah Ahmad and her husband, Zainal Abidin Jamal, and also Mr Manan Razali and Dr Johari Bux, who were all co-founding members of Muslim Professionals Forum. 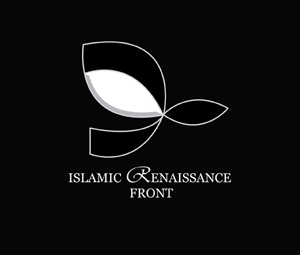 Yes, IRF was initially formed with another Director on board, Mr Manan Razali and it all started with the realization that the Muslim umma is lacking the most important component in their lives, the utilization of their rational faculty. In surah al-Ahzab (The Confederates), Chapter 33 Verse 72, Allah commanded:

“Verily, we did offer the amānah (the trust) (of volition and reason) to the heavens, and the earth, and the mountains but they refused to bear it because they were afraid of it. Yet, man took it up, for, verily he has always been prone to be most wicked, most foolish.”

Although the classical commentators gave all kinds of laborious explanations to the term amānah (trust) occurring in this parable, to me, the most convincing of them as proposed by the learned ‘Allāmah Muhammad Asad is “reason” or “intellect” or the faculty of volition that is the ability to choose between two or more possible courses of action or modes of behavior, and thus to discern between good and evil. 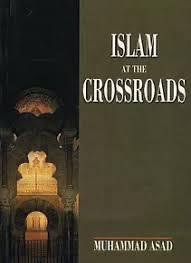 This faculty of reason or faculty of discernment is the main thing that is missing from Muslims today. Rather than exercising the faculty of reason or intellect that was bestowed upon them, the faculty that has elevated their status above those of celestial beings as described in Surah al-Baqara (The Cow), the Muslims today tend to be fixated in their blind imitation or ‘taqlid’ of their predecessors or the ulamā’ whom they consider as infallibles. This particular verse in this chapter, was the verse that had triggered my brain cells to think and rethink. It happened on one afternoon in 2005 while I was reading the book ‘Islam at the Crossroads’ by Muhammad Asad, probably the most influential European Muslim of the 20thCentury, when he quoted this particular Verse 31 of Chapter 2:

“And He imparted unto Adam the name of all things”.

According to Muhammad Asad, in philosophical terminology, the term ‘ism’ or ‘name’ denotes a concept. And the subsequent verses show that owing to his God-given knowledge of those ‘names’ or conceptual thinking, man is, in certain respect, superior to angels. The ‘names’ are a symbolic expression for the power of defining terms, the power of articulate thinking, which is peculiar to the human beings, and which enables him, in the words of the Qur’an, to be God’s vicegerent or khalifah on earth.

This particular explanation by Muhammad Asad had struck me like a lightning and it answers the most pertinent question in my life with regard to Islam and political Islam on the concept of ‘Islam huwa al-hal’ – Islam is the solution. Hence, the solution to the problems faced by the Muslims today did not lie entirely in the Qur’an, the compendia of hadith, or the corpus of knowledge of the previous scholars; rather it was in the utilization of the ‘aql or reason.

The Qur’ān strongly recommends that Muslims use their faculty of intellect or ‘aql appropriately. The word ’aql can be found in more than 45 verses of the Qur’ān. The Qur’ān encourages us to use “’aql”, to reflect and to ponder so that we could derive benefits or maslaha out of it and to avoid hardship. Clearly the attitude of the Muslims in resorting to the literal interpretation of the ‘texts’ or ‘nas’ and refuting anything that falls with the realm of ‘reason’ contributed to the stagnation and decaying condition of the umma itself. 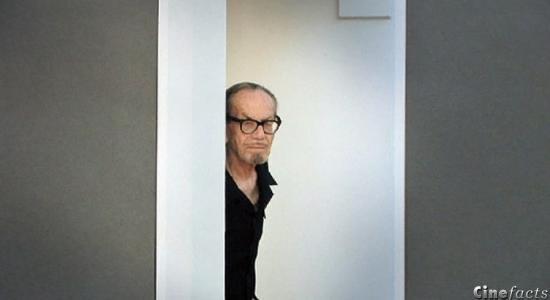 What more when Muslims nowadays tend to take the Qur’an as a book of science or a book of history. In this respect, Imam Muhammad Abduh, the most important reformer of the 20th Century, explained the reality of historiography and its difference with the stories in the Qur’an. Historiography is a scientific field of knowledge based on research and critical analysis derived from the data obtained. While in the Qur’an, the historical stories intend to promote moral, spiritual, and religious values. The stories might come from historical incidents, but their point is not to teach history. That is why the names of some people, dates and places, are not indicated in the Qur’an. While the narratives may touch upon a Prophet, or an enemy of his – the Pharoah for example – many facts are left out. Because of that, Muhammad Abduh differs with past interpreters who strived to explain these matters, which were not explained in detail. He stresses that the teaching from the narrative does not rely on such information, but to the lessons that could be derived from them.

Just as God describes things beyond the reach of human understanding, God uses loan-images from the actual physical form or mental experience; by using what was stated by the revered Mutazila interpreter, Az-Zamakhshari, in his work ­al-Kasyaf relating to surah 13 verse 35, “tamthilan li-ma ghaba anna bi-ma nushahid” that is “through a parabolic illustration, in the sense of something we know from experience, about something that goes beyond our own perception”. In a simpler language, for example, how Allah illustrates peace and tranquility regarding heaven for example. Hence loan-images that were used that are perceivable from wordly experience are the flowing rivers. That is, the flowing rivers are the loan-images used by God to illustrate the peace and tranquility in heaven; and not to be understaood in its literal sense.

The struggle of Muhammad Abduh to restore the glory of the Muslims by inviting them to dig up the treasures and legacies left by the pioneers who had once dominated and conquered the world, in all fields of knowledge, for they were the Mutazila, who never opposed reason, who believed that the good and bad outcome of a race was determined by man himself. God does not interfere in determining the fate of a people. God only sets the laws of nature that He created. And by understanding  the unchanging laws of nature as set by God, it has somehow enabled humans to progress in science and technology.

The God-created gravity will make whatever in the space that is affected by the force of gravity to be drawn towards the earth. That is the example of the law that God has created. And this is the belief of the Mutazila who believed that this law of nature is constant and unchanging. As such, the sperm that penetrates the ovum will result in a zygote, which turns into a morula, which would then turn into a blastosis, which will in the end will be the fetus in the womb. Such is the law created by God. Understanding these laws allows humans to create in-vitro fertilization or artificial insemination, as how God made human beings according to the natural law He created. It is all according to the natural law created by God, and not magic. This kind of thinking and empirical evidence was what had enabled the Muktazila, with their Bait al-Hikma or House of Wisdom, to lead the world during their time with all the knowledge of biology, astronomy, geography, physics, chemistry, medicine and so on. 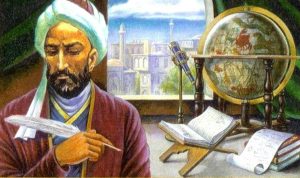 Because to the Muktazila, the natural law created by God was always constant and unchanged. Such is the sunnatulla. And that was why the discovery of all sciences had become the cornerstone of the success of the Muktazila. The discovery of sciences in all fields became the norm because science could be empirically proven. And the Mutazila believed that there would be no aberrations or changes in the natural law that God has set.

It is not in believing in miraculous things, such as spiritual surgery, which was thought of as Islamic Medicine. This is the result of the Ash’arite belief that all the miraculous things could happen because God Almighty was not bound by the law that He himself created. Did they not also believe that a man’s good and bad luck was pre-determined by God? Man has no power in determining his destiny. The paradigm of pessimism and fatalism which considers the destiny determined by God based on qada’ and qadar or predestination as understood by the Asharites was what being often used to define in striving and making changes. And it was here where the Muslims became static, not creative, fell into poverty, misery, and suffering, because they had to accept this life willingly as God’s destiny.

But the Muktazila were supporters of the doctrine of free will; which means they denied that the deeds of man were the creation of God. Conversely, man was the maker of his own deeds, based on the will given to him by God.

This can be understood more precisely when we look at the story of Adam and Eve in Sura al-A’rāf. The events in which Satan, or which may be meant by the “impulse of evil” incited them to approach the al-khuld trees that were allegories for the limitations God set on the passions and the will of man. But with the rising level of consciousness – symbolized by the act of denying God’s orders – Adam was endowed with a “moral free will”, where man could distinguish between right and wrong, and to then choose his own way of life. In a more profound sense, the allegory of Adam’s “fall” was not a retrogressive meaning, but rather represented a new stage in human development, which opened the ground on moral considerations. By prohibiting Adam from “approaching the tree”, God allows people to choose to do wrong, and with that also, choose to do right, for men are endowed with a “moral free will” that distinguishes them from the angels.

Therefore, the first effort to restore this to the Muslim community in general, and the Malay Muslims in this country in particular – to our mind – is to break the theological roots of the people’s consciousness and thought to be aligned to the liberating and enlightening theological minds. A thinking that allows humans to make their own judgments and not just to surrender to fate. Muslims should not expect change by simply sitting and praying and expecting miracles to occur. They have the wrong beliefs, which were directly or indirectly inherited from the Ash’arites, that every affair in this world has been determined for them. No matter how hard they try, what has been destined would not change. As a result, Muslims became the most unproductive in their contribution to science, technology and to the human civilization.

We in the IRF intend to break all those false beliefs. We believe that if we want to change the state and condition of Muslims at this point, we must first change our thinking and question the theology that we hold to, so that we could truly understand the will of the Qur’an, with which it had brought Muslims glory in the past, and would pave a similar glory to us in the future.

Dato’ Dr Ahmad Farouk Musa is a Founder and Director of the Islamic Renaissance Front, an intellectual movement focuses on Islamic reform and renewal.