The Paradox Between Shoe Diagram and Sound Mind I am appalled when I read the statement issued by the Mufti of the Federal Territory on the issue of using the diagram of the Prophet’s shoe to invoke the blessings of Allah on 12 November 2020 (Bayan Linnas No. 230). Link:https://muftiwp.gov.my/artikel/bayan-linnas/4633-bayan-linnas-siri-ke-230-capal-rasulullah-lakaran-dan-tabarruk. In that long and winding statement, the Mufti highlighted the benefits and permissibility of such action more than its potential harms if certain conditions were not met. The unbalanced arguments by the Mufti may give a wrong impression about Islam as a religion that promote superstitious belief and against rational thinking. As a respectable institution that is entrusted with the authority to guide Muslims, the Mufti should limit the diagram as a replica with historical value that adds to our knowledge about the life of the Prophet (peace be upon him), not as a relic that may invoke the blessings of Allah and make people’s wishes come true.

Unfortunately, one cannot stop from pondering at how the Mufti arrived at his opinion. This is because he listed historical narratives which report several incidents where the Companions of the Prophet used to invoke the blessings of Allah using some of his personal items. However, in all these recorded incidents, the Companions used the original items and not their diagrams, images, or models. It is clearly incorrect to conclude that the effects from using the original artefacts are analogous to their replications. Furthermore, to say that it is permissible to keep the drawings as tokens of love is different from saying it is permissible to use the drawings to invoke the blessings of Allah.

What surprises me more is that the Mufti cited several stories that exaggerated the benefits of the diagram in his statement. Among others, a disciple of Abu Jaafar ibn Ahmad ibn Abdul Majid invoked the blessings of Allah to cure his wife while making a reference to the diagram of the shoe. In another narration, whoever touches the diagram of the shoe with the hope of being blessed, then Allah will save them from oppression, help them to overcome their enemies, and protect them from evils. Such action can even assist pregnant women to have easy delivery. 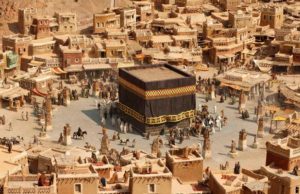 The shoe worn by the Prophet (peace be upon him) is simply a manifestation of the Arab custom that prevailed during his time and has nothing to do with religion. There is no clear evidence to justify that his shoes were unique and different from the shoes worn by the other Arabs at that time, which include both Muslims and non-Muslims. This includes other items used by him in his life such as camel, horse, clothing, food, tools, housewares, weapons, and shelter – how would these items be different from those used by other Arabs during his lifetime? Since the Mufti includes the shoes’ diagrams and anything else that is related to the Prophet in his statement, I cannot stop from wondering what would the Mufti say if the diagrams of these objects are used instead to invoke the blessings of Allah since the Prophet used them in his life too. As a religion that strongly condemns magic, amulets, omens, and superstitions, it is absurd for an Islamic institution to permit such actions.

To me, this is a clear disrespect to the Islamic faith that upholds the virtue of sound reason guided by revelation. This is also against one of the five fundamentals of Maqasid Al-Shariah, which seek to protect and preserve human intellect from any threat that may expose humans to the dangers of ignorance and stupidity. Worst, it may even encourage a person to be dependent upon certain diagrams and ignore from undertaking the necessary efforts to achieve their wishes.

Nevertheless, I would like to praise the Mufti for giving a reminder against using the shoe diagram for commercial profit. To take advantage of the public under the disguise of religion is clearly wrong and unethical. Nowadays there seems to be escalating commercialization of pseudo-religious practices for financial gains which would defeat some of the noble purposes of religion such as purification of the soul from the evil of greed. I hope many other religious scholars will voice out against exploitation of religion for commercial profit.