As the political drama unfolded on 23rd February 2020 with the “Sheraton Move” that saw the eventual collapse of the Pakatan Harapan (PH) government that was elected less than two years ago at the 14th General Election (GE14), Malaysians could only watch in horror, dismay and haplessness as the mandate given to PH was subverted by MPs from PKR and PPBM who joined hands with the Opposition parties to form a new backdoor government under Tan Sri Muhyiddin Yassin.

The phenomenon of elected representatives crossing over to the opposition to collapse a government is not new in Malaysian politics as witnessed in Sabah and Perak state assemblies previously but never at the Federal level until now. This wave of defections triggered the collapse of PH state governments in Johor, Melaka and Perak so far.

The sight of elected representatives switching their allegiance and trading their seats for power and God knows what else, is repugnant and brought disrepute to their supposedly “honourable” positions. But as voters whose votes put many of these into office, we are totally powerless as there are no anti-hopping laws to deal with these political frogs.

The need for anti-hopping law or mechanism is obvious now to prevent such cataclysmic betrayal of voters’ mandate in the future. The Penang state assembly has amended its state constitution since 2012 so that any assemblypersons will lose their seats if they join another party other than the one they contested under during the election or are sacked by their party.

But the constitutionality of such state-level provisions is questionable and has in the past been rejected by the Federal Court as in violation of Article 10 of our Federal Constitution that guarantees us freedom of association, which includes the freedom for elected reps to choose the parties they want to associate with.

Furthermore, anti-hopping laws would give political parties almost absolute power over their MPs and state assemblypersons and the notion that our reps are free to vote or act according to their conscience or our best interest would be banished. The unintended consequences of such rigid anti-hopping laws may be worse than the problem it is trying to solve. 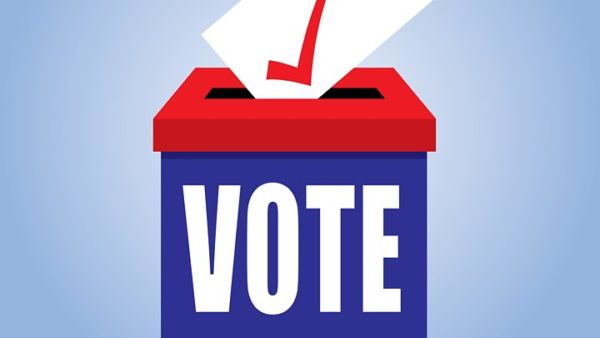 A better mechanism would be to have recall elections. It is a mechanism that allow voters in a constituency who are not satisfied with the elected rep to withdraw their mandate in another election. If the recall proposal is carried, then a by-election would be held to fill the vacancy. Normally, the petition for recall must first collect enough signatures (the threshold could be something like 10%) of registered voters from the constituency to force the vote of recall.

Such recall elections have already been in place and used in many countries throughout the world, from Argentina, Canada, Germany, New Zealand, Philippines, Switzerland, Taiwan, UK and the US. Recall mechanism is designed according to local political and social conditions. The trigger for a recall can be a popular initiative by a signature campaign or meeting some legislated conditions as in the UK.

The thresholds to trigger the process and for a successful recall can be adjusted to prevent political opponents from abusing such mechanism but what it does is to empower voters to recall or revoke their vote for an elected rep mid-term for whatever legitimate reason.

In our Malaysian context, if such recall mechanism is already part of our election laws, it may not prevent politicians from hopping but it will make them think twice before they do. It would also compel reps to work harder for their constituents for fear of being recalled as the reason for recall is not limited to party-hopping.

Party-hoppers often justify their actions as necessary to serve their constituents better. If true, the party-hopper may defeat the recall proposal at the poll. Unlike anti-hopping law, recall election allows the voters to decide if they side with the defector or their old party.

What happened on 29th February 2020 was a political coup by the political elites. While it is permissible under our Federal Constitution and existing laws, it goes against the spirit of our parliamentary democracy and made nonsense of the result of general elections. The mandate of voters took second place to the power play of politicians. Backdoor government may be legal but it can never be legitimised. We must amend our laws to totally prevent or at least minimise the possibility of such political betrayals by empowering voters through a recall mechanism.

If you want to understand more about the recall election mechanism, you may refer to these articles. The proposal for recall was first mooted after the February coup by Mr Lee Wai Hong, former chief of Kuala Lumpur and Selangor Chinese Assemby Hall Youth Section. I would also like to credit my friend, Prof. Wong Chin Huat of Sunway University for his illumination of the recall election to me.

1) The Use and Design of Recall Votes An International IDEA Working Paper – https://www.google.com/url?sa=t&source=web&rct=j&url=https://www.idea.int/sites/default/files/speeches/The-Use-and-Design-of-Recall-Votes.pdf&ved=2ahUKEwjS3uTO6JboAhVZeX0KHTk3B7YQFjABegQIAxAH&usg=AOvVaw0Q71dlJ96Zx1TJ2_fVSBDw

Thomas Fann is the founder and chairman of pro-reform non-governmental organisation engage, and currently is a Chairman of the Bersih 2.0. Thomas Fann is part of the Citizen Action Group On Enforced Disappearance (CAGED), a coalition of 48 civil society groups which was formed at the beginning of May 2017 to monitor cases of enforced disappearances and assist families of missing victims. He is the chairperson of Engage, a Malaysian organisation working to promote democracy, human rights and citizen participation. He is also a steering committee member of anti-corruption movement Bersih and one of CAGED’s spokespersons.